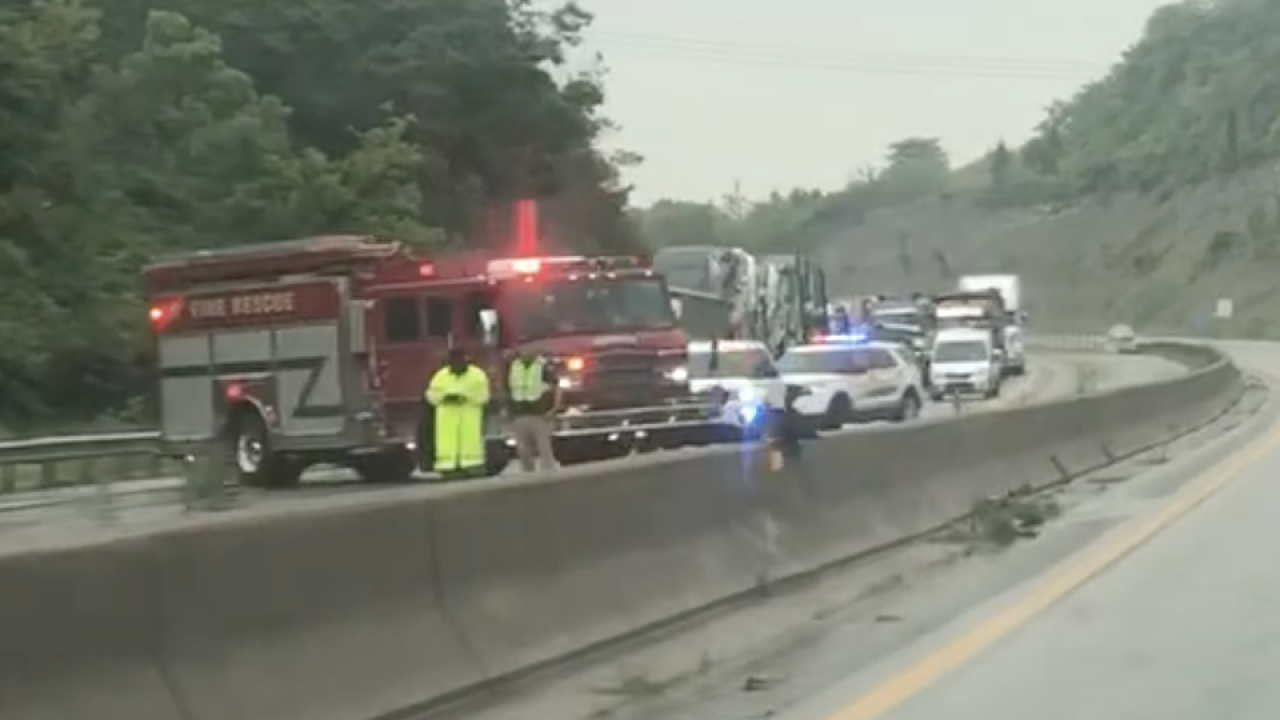 Terry Helmer
First responders on scene of a double fatal crash on I-275 near the Caroll Cropper Bridge in Kentucky.

Two drivers were killed on westbound I-275 before the Carroll Cropper Bridge around 8:30 a.m., the sheriff's office said. Several vehicles and multiple collisions were involved.

Originally, deputies were dispatched for a single-vehicle crash involving a Chevrolet Camaro, according to a release. Subsequently, several more collisions occurred at the same location involving a Jeep Wrangler, a Chevrolet Trailblazer and a Ford F-150.

AVOID 275 WEST approaching the Carol Cropper Bridge - it is CLOSED due to a crash! Traffic has been at a standstill for the last ~15 min @WCPO (8:47 AM) pic.twitter.com/y3WGUemMVQ

Another fatal crash - involving a car and a semi - happened shortly before 9:30 a.m. on northbound I-75 in Walton, Kentucky. The driver of a Toyota Corolla, identified as Allyson B. Davis, 21, of Banner, Ky., died at the scene.

Westbound I-275 at the 13 mile marker is shut down due to a double fatal accident. You can exit at Petersburg.

Northbound I-75 at the 175 mile marker has 2 lanes shut down due to another fatal accident.

The Corolla driver lost control in water that had pooled in the high-speed lane, according to a release. The Corolla spun out of control across the highway and became lodged under the semi’s trailer. The semi driver was not injured.

Both highways have reopened.

The Sheriff’s Office Accident Reconstruction Team is handling both investigations.