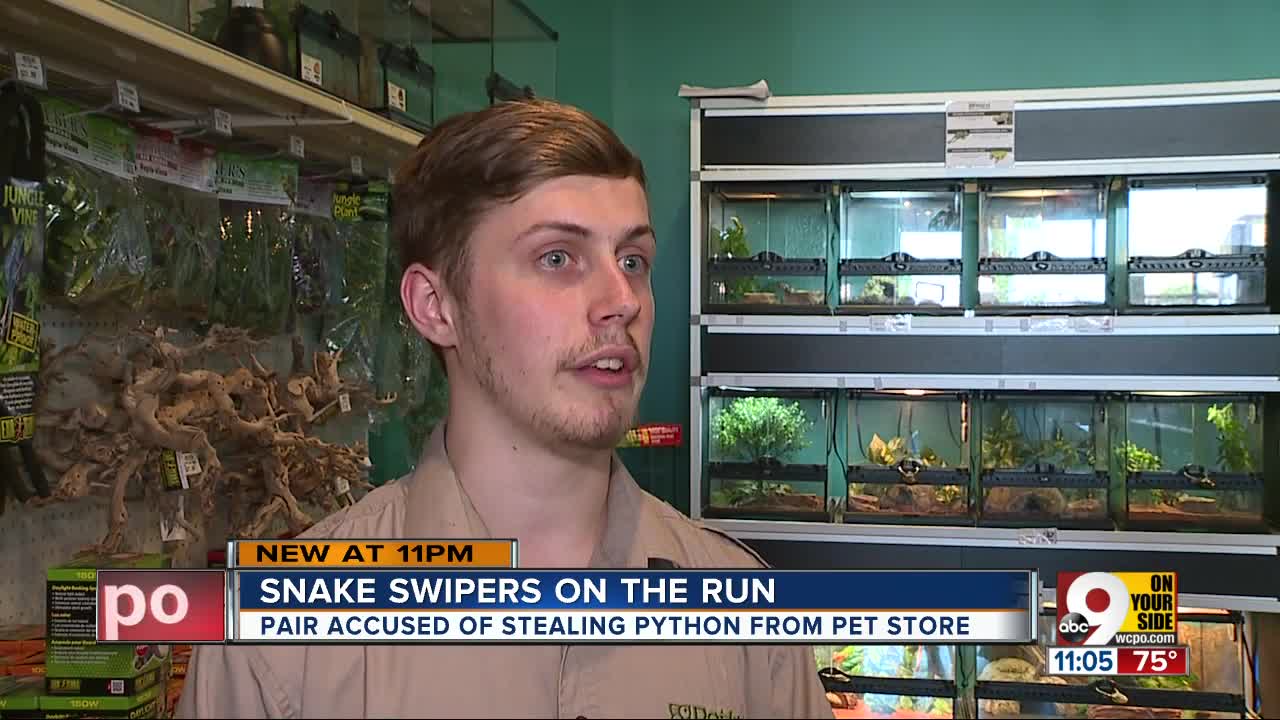 Anyone can slip a snake in their pocket and carry it out of a pet store, but not everyone can provide the special care a growing ball python needs to stay safe and healthy. Workers at Florence Petland hope their stolen ball python will be returned safely by whoever took him. 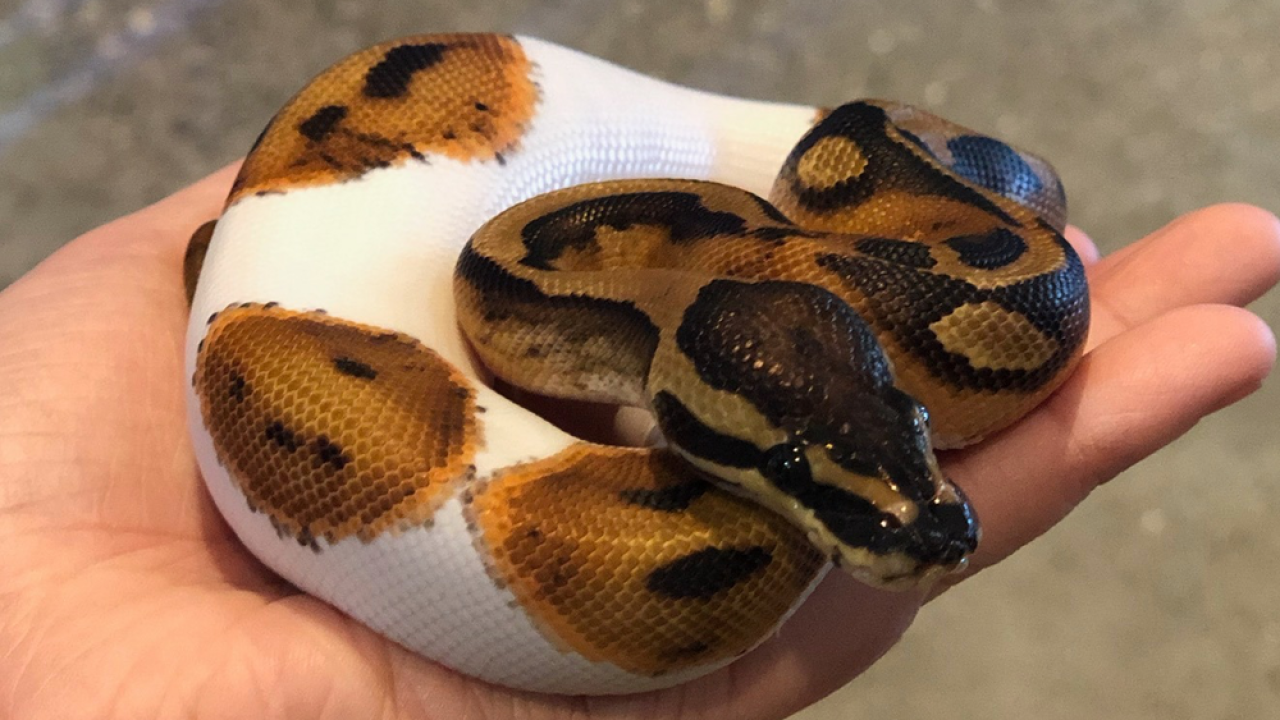 FLORENCE, Ky. — The June 22 security recordings from Florence Petland don’t show exactly who slipped an $800 ball python into their pockets and slithered off into the parking lot.

They just show two suspects: A man in a backward baseball cap and a woman in a yellow Vans T-shirt, both of whom lingered near the snake cages and briefly fussed with their bags and pockets.

“Next thing you know, they were kind of just running out,” according to manager Christian Back.

“They need to be, obviously, fed,” he said. “They also need to be misted multiple times a day, just to make sure that the humidity’s right so they can shed and grow. They also have to have the right substrate, the right lighting and they also just need the right enclosure for them.”

The stolen snake was the most expensive reptile in the shop, according to Back, because of its unique piebald coloring. Its body is mostly white but speckled with cloud-shaped segments of toasty brown.

Unique colors and patterns — called “morphs” by enthusiasts — are serious business in the world of domestic snakes. A Google search for piebald ball pythons shows snakes similar to the stolen one selling at prices up to $1,300.

“I just really, really hope that snake is okay and he’s getting the care that he needs,” Back said. “It’s scary because you never know what he’s actually going through. You don’t know if the snake’s okay or how he’s being taken care of.”