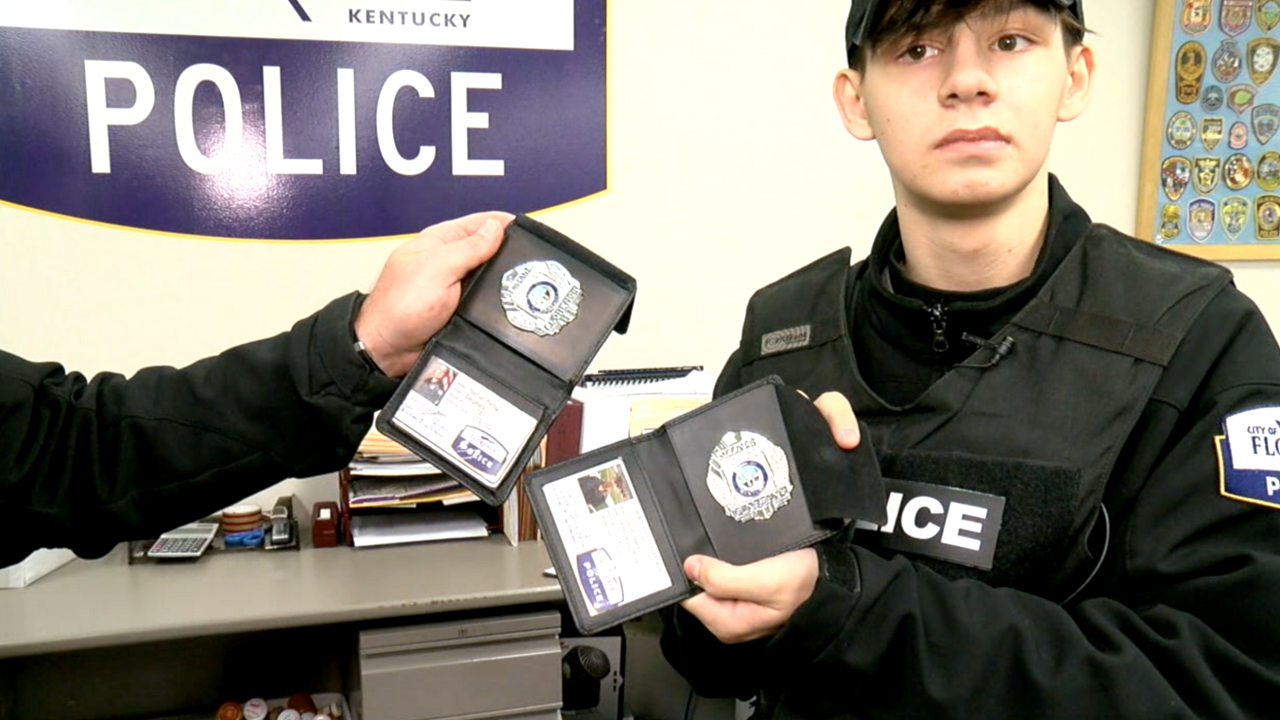 FLORENCE, Ky. — Fourteen-year-old Gavin Ward has always been a fan of those who protect and serve. On Friday, Florence police honored his bravery by making him an honorary member of the force.

“He’s a warrior, and he’s just a strong individual,” Sgt. Nathan Rettig said of the teen. “We want him to take as much away from our day as we take away from him.”

His family found out three months ago. Doctors estimate they have about eight left to spend with him.

“He basically took it right on the chin and said, ‘Hey, I got a zero percent chance of living, but I’m still living,’” his father, Ryan Ward, said Friday.

The Ward family wants to make the most of their remaining time with their son.

Family friend Josh Dalton, a Florence officer, knew just how to help. Gavin had been a longtime fan of shows about police and detectives, so Dalton arranged a special day for him at the Florence Police Department.

“The whole day was about them living a day that’s different than normal, forgetting about what else is going on,” Dalton said.

Gavin Ward was sworn in as an honorary officer, given a badge and ID, then taken to the gun range, with his dad along for the ride.

“It was a really good day, just everybody that showed up,” Ward said. “I couldn’t ask for anything else. It was amazing.”