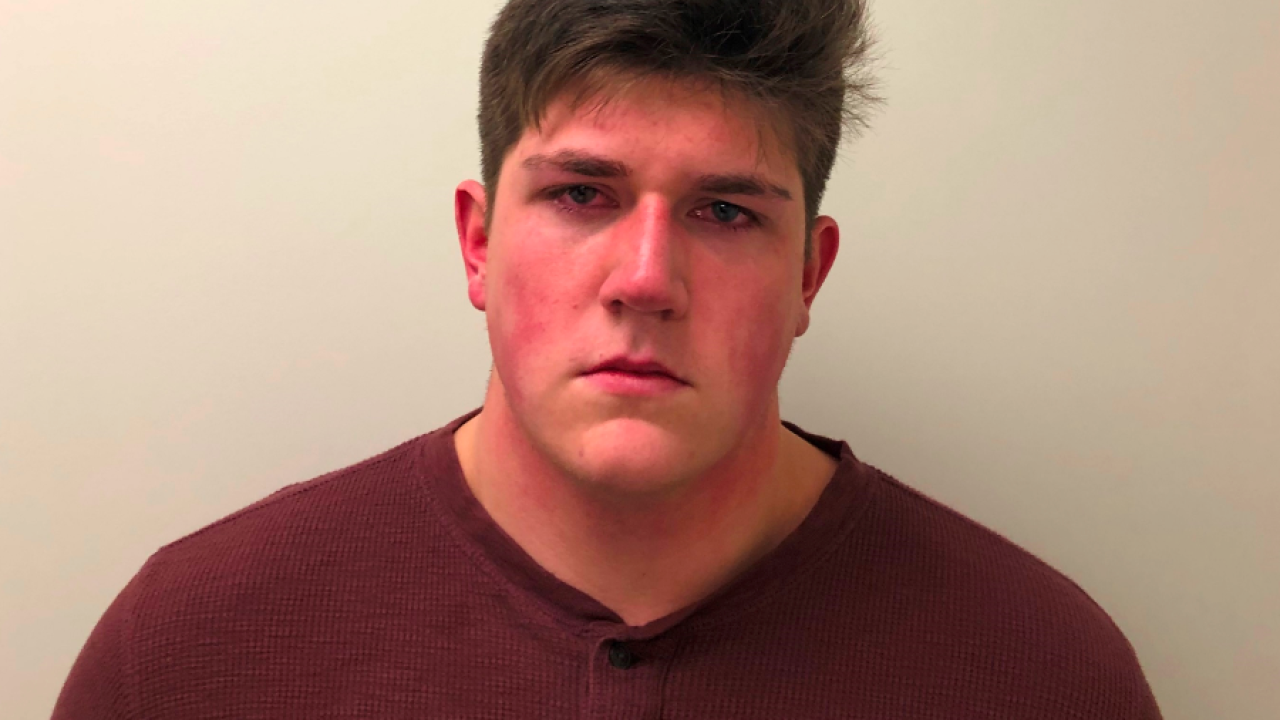 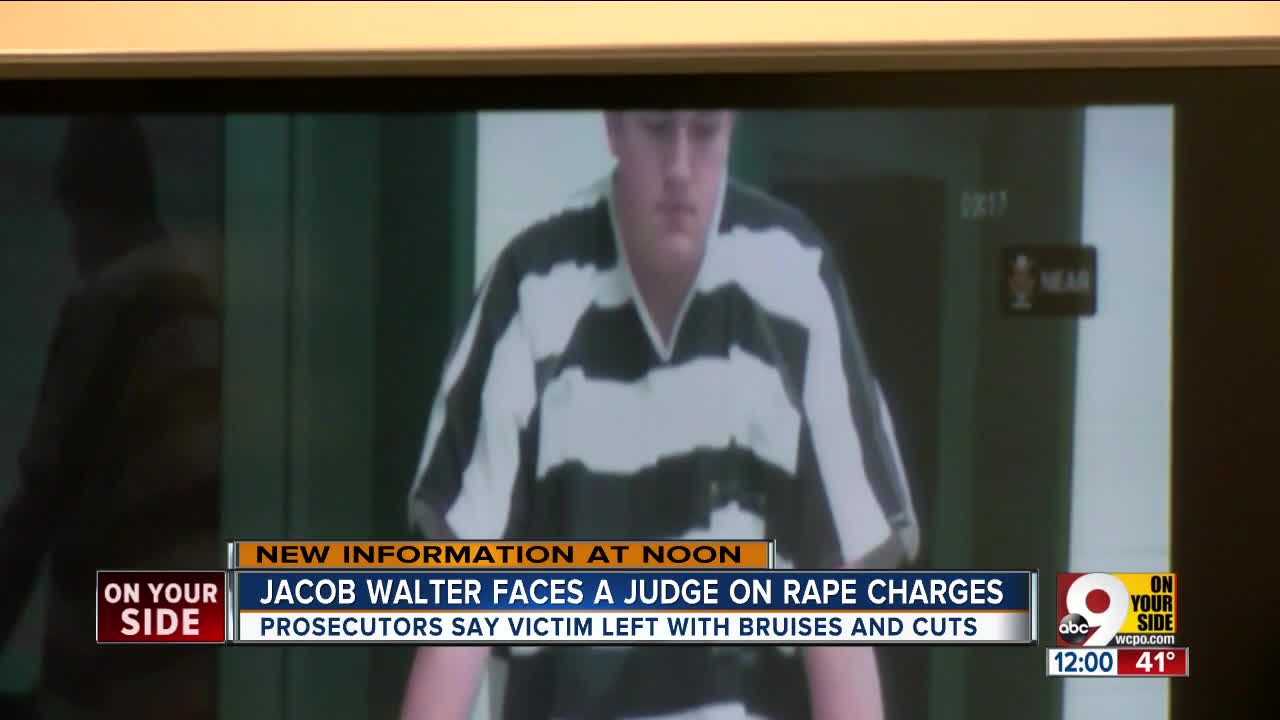 BURLINGTON, Ky. — Former Covington Catholic basketball player Jacob Walter pinned a woman down Sunday and raped her until she bled, according to a news release from the Boone County Sheriff's Department.

Walter, 18, was arrested Tuesday night and faces three felony charges: One of rape and two of sodomy. He appeared before a Boone County judge Wednesday via a video arraignment.

According to the sheriff's department, Walter repeatedly assaulted and choked the 18-year-old victim, ignoring her pleas to stop. The news release also stated the victim was afraid to have sex with Walter because of his size: He stands 7 feet tall and weighs 300 pounds.

"Walter dismissed the victim by laughing at her and telling her that she would be fine," Sgt. Philip Ridgell wrote in the release.

In court, prosecutors said the victim's mother stepped in to find a way to get Walter out of the house.

"Later the victim told her mother and made an excuse on why he needed to leave, giving her an opportunity to call the police," the prosecutor said.

A medical examination later revealed bruises and multiple lacerations on the woman's body.

Walter went on to repeatedly text and call the victim, Ridgell wrote.

He was booked into the Boone County Detention Center Tuesday night and held on a $250,000 cash bond. His next court hearing is scheduled for Dec. 17.
Walter was at one point committed to play basketball for Xavier, but he never materialized on the team or enrolled in classes there. His father is former Bengal Joe Walter.