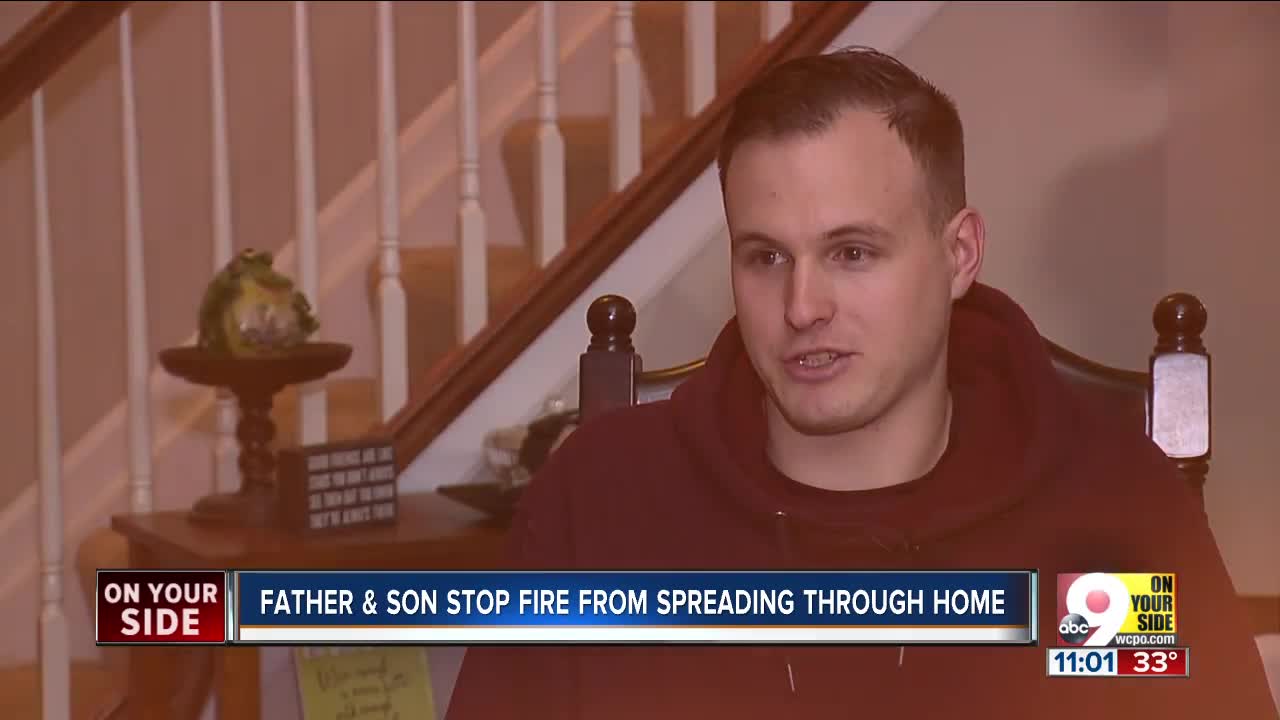 It was supposed to be a night off, but the pair leapt into action when they saw flames shooting from a neighbor's chimney.

BURLINGTON, Ky. — Marine Sean Kleindienst came home to Kentucky expecting to spend quiet time with his family before leaving for his new post in North Carolina. Instead, he and his father helped save a neighbor from a potentially disastrous house fire.

Kleindienst was inside when he heard his mother shouting from the yard, he said. Flames were shooting from the neighbor’s chimney; ash filled the air. But it was still early.

“When we first noticed everything, nothing catastrophic had happened,” Sean said. (We thought,) ‘Maybe if we can get ahead of this, we can really mitigate extreme amount of damage.’”

He saw no time to wait for firefighters, he said.

He and his father, John Kleindienst, ran across the street. No-one had a ladder handy, John said, so he clambered onto the roof with his son’s help and a fire extinguisher in hand.

The extinguisher was enough to contain the blaze. By the time firefighters arrived to douse it for good, the damage had already been minimized. No one was hurt.

Neither Kleindienst thought much about the danger before springing into action, Sean said. He attributed their quick thinking and willingness to wade in to their shared military background — his father was once a Marine, too.

“I think it might have helped in the sense, you see a problem, you don’t need to think three or four times, ‘What am I going to do?’” he said. “You just start adapting.”

The neighbor, also a veteran, declined to share their name or speak on the record but thanked the Kleindienst family by buying them a new fire extinguisher.

John said knowing he had helped was enough of a reward for him.

“Take care of each other, try to be good,” he advised readers. “Help a veteran in your neighborhood. Those people wear a uniform everyday. It’s nice to take care of them because they took care of us.”