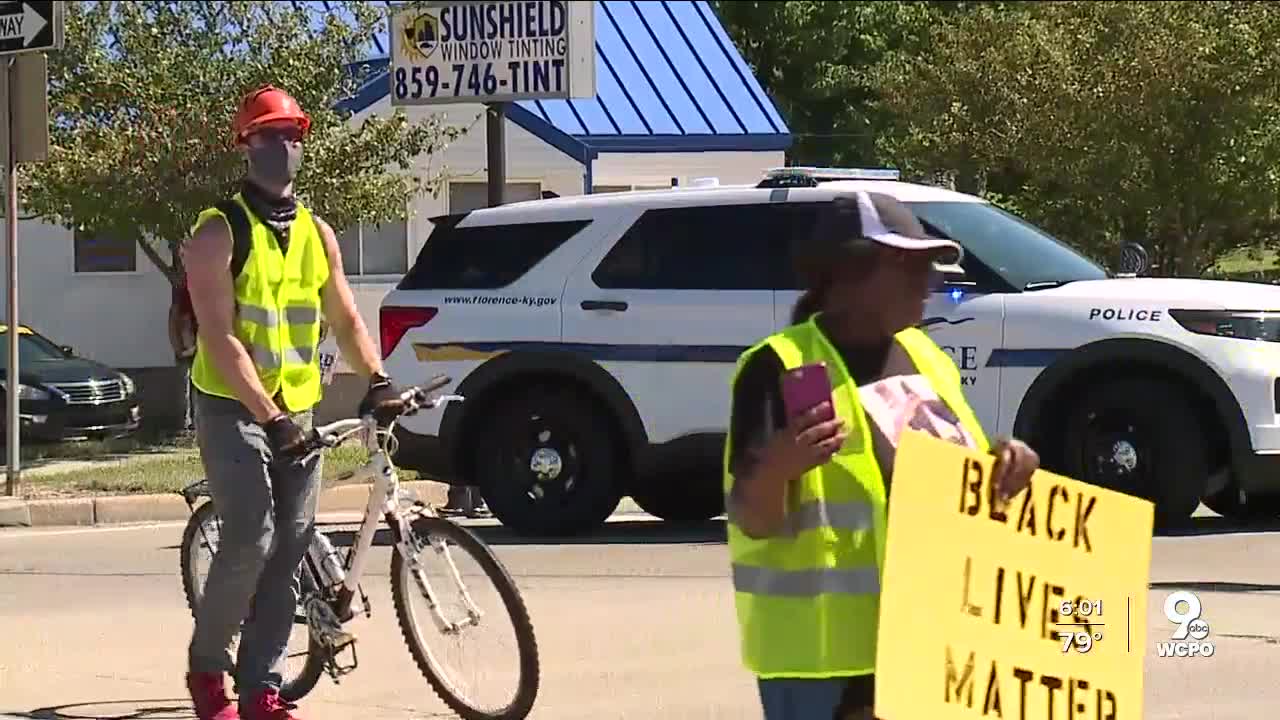 This group of Northern Kentucky demonstrators hope that displays of solidarity will encourage local police to call for the arrest of the Louisville officers who killed Breonna Taylor. 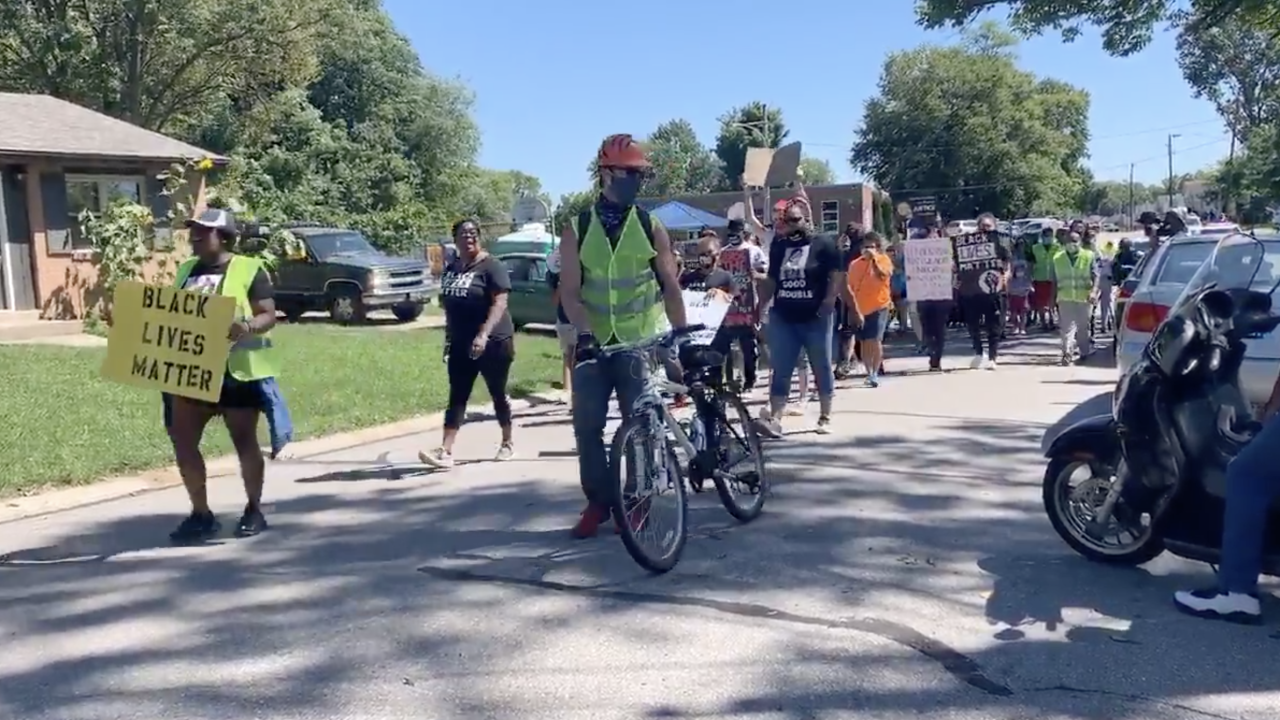 A small group of local activists marched from Elsmere to Florence on Saturday afternoon, calling for police reform, racial equality and the arrests of the Louisville officers who killed Breonna Taylor in March.

Police and deputies helped them block off roadways and stop traffic. People who live along the route stepped outside to see what the noise was — and some of them even joined in.

Organizer Chris Brown said she hopes a visible demonstration in Northern Kentucky will get people talking about Taylor's death and about racial equity more generally.

“(Start a) conversation with your neighbors or your family members so that we can get some of the work done that we need to get some common ground,” she said.

A number of counterprotesters also appeared along their route, holding Trump flags and “Back the Blue” signs.

Brown was ready for that, she said. It didn’t stop the protest, and there were no confrontations or disruptions between demonstrators and counterdemonstrators.

Brown acknowledged that disagreement is a natural part of the conversations she urged Kentuckians to have.

“You know, maybe we’ll never totally agree, but we can be amicable,” she said. “And we can come to the table and decide what is the betterment of the community.”

She called her event “Good Trouble Saturday” in honor of the late Rep. John Lewis, a civil rights activist who encouraged younger generations to get in “good trouble, necessary trouble” to change the world for the better.