77 and homeless, Mary Louden is days away from a fresh start 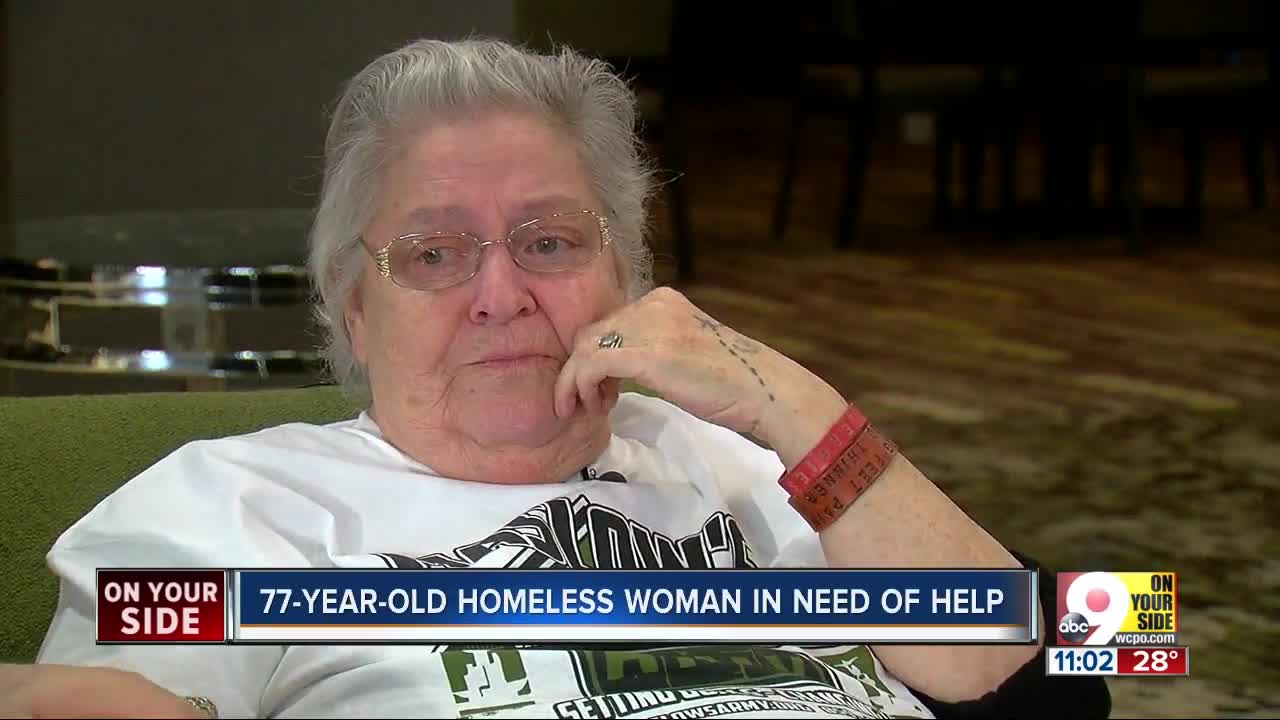 Medical bills led to missed rent payments, which led to eviction and a smoking crater of a credit score, which led Mary Louden to the Kenton County Library, the warmest place for her to spend the next 41 days. There are hundreds of people just like her — aging, indebted and homeless — in Greater Cincinnati.

Mary Louden didn’t expect to be homeless at 77. It happened anyway. Medical bills led to missed rent payments, which led to an eviction in October and a smoking crater of a credit score, which led her to the Kenton County Library. It was the warmest place for her to spend the next 41 days as she searched for housing.

The anti-poverty organization Maslow’s Army found her there, and for 41 nights, one of their warming buses transported her to a nearby shelter. According to Clinton Sargent, who drives those buses, her story represents a continuous and growing problem in the region: Homelessness among elderly people, who are especially vulnerable to dangers associated with living on the street and less likely to regain stability during their lifetime.

Adults 60 and older comprised 5% of Hamilton County’s homeless population in 2014, according to the anti-poverty community group Strategies to End Homelessness. By 2019, the number had risen to 7%, representing about 478 people living without permanent shelter or prospects.

“It’s been a long one,” Sargent said of Louden’s search for a home. “When me and Mary got together and I started really doing a lot more research for housing for Mary, I reached out to many, many senior living homes. What I have discovered is not only are many of them very, very expensive, many of them are booked for over two to two-and-a-half years out.”

Like many people her age, Louden lives on a fixed income — one that placed her at the edge of what Sargent called “the black financial hole” when he met her. She could afford food, he said, but her low credit score and inability to pay a security deposit kept her from being considered for permanent housing.

Her limited mobility, the product of the stroke that helped submerge her in debt, prevented her from working. It also made her a poor fit for many long-term shelters, which Sargent said are frequently ill-equipped to house people with serious medical needs.

“When somebody at this age has surmounting medical bills and they continue to attack the credit scores, it’s only going to get worse if somebody doesn’t have compassion and heart to stop and think, ‘Well, at that age what can we do?’” he said. “If we don’t have more consistent affordable housing for senior care, what can we do?’”

He and other volunteers with Maslow’s Army helped her move into a Holiday Inn, where she pays a reduced rate of $59 per night.

After months of searching, they found an apartment in Burlington willing to take her on as a permanent tenant. It was a fight, Sargent said. She was turned down the first time because of her credit score; the district manager approved her application only after a phone call explaining Louden’s situation.

And the approval came with a caveat: She couldn’t move in until Feb. 17.

Thirty-seven days still stood between Louden and home on Wednesday night. By Thursday morning, Mawlow's Army founder Sam Landis said the group had gathered enough donations to keep Louden in the Holiday Inn until her new home is ready.

The organization raised more money than was needed to cover the next 37 days, so the remainder will go towards food and other needs for Louden. Anyone wishing to donate to Louden’s fund can do so on Maslow’s Army’s website by mentioning her name in their donation note.

Sitting in the lobby of the Holiday Inn Wednesday afternoon, Louden said she was grateful for the group’s entry into her life.