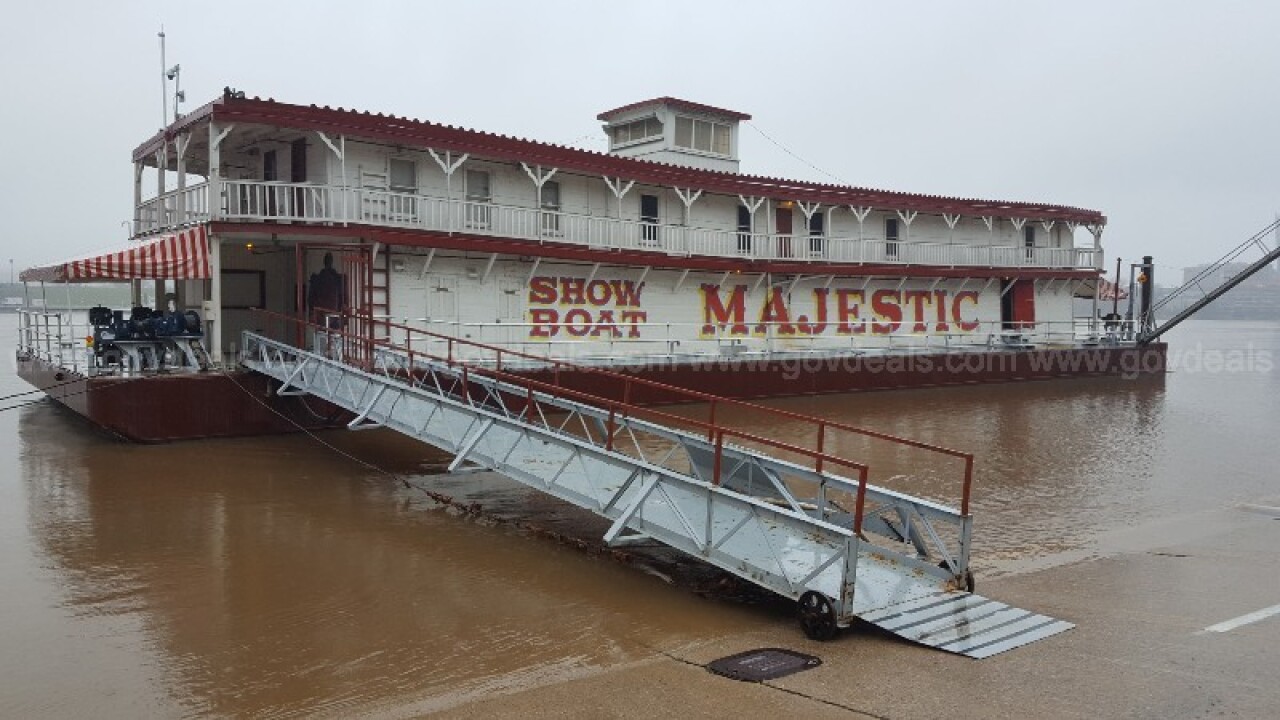 MANCHESTER, Ohio — The Showboat Majestic has a long history behind, and its new owners are hoping it has more historic years ahead, too.

"I told my wife, 'This is it, this is what we've been waiting for,'" Joe Brumley said.

The Majestic was built in 1923 in Pittsburgh. It has traveled the Ohio River, from Louisville to Cincinnati and is listed on the National Register of Historic Places. Lately, it's been sitting at Cincinnati's Public Landing for years, unused. Now, the Brumleys are planning to move it to Manchester and continue to use it as a theater.

"Our girls are involved in school plays, so they're excited to maybe host a school play here," Cortnee Brumley said.

Moyer Winery will be the new home of the Majestic. Preparing the new attraction will take a lot of work, but they're hoping it'll pay off by being a big draw to the area.

"A lot has to be done," winery owner Ken Smith said. "This is going to be a marathon, not a sprint."

The Majestic will be in a strategic position, anchoring a new tourist attraction. Two years ago, the Brumleys bought the sternwheeler CT McFarland — a Tall Stacks favorite — to give cruises around the Twin Islands outside Manchester. They just needed a place to moor there.

"What better romance with the river than to offer fine wine, great food and have live performances and events aboard a national landmark? Then get on our ship, go over to the Twin Islands and walk the sandy beaches on Ohio's best-kept secret," Joe Brumley said.

Tourism could provide a valuable boost for the Adams County economy. Hundreds of local workers lost their jobs last year when the Stuart and Killen power plants shut down.

"It's been tough for a lot of people, but I also think that for some of us that work with it every day, there's been a lot of positive that's come out of it," Holly Johnson with Adams County Economic Development said.

"If you get the Showboat Majestic, you've got people coming from Northern Kentucky, western West Virginia, southern Ohio for sure and even eastern Indiana," said Gary McClellan, a board member of the Adams County Arts Council. "You're going to get folks coming from all over who have heard of the Majestic."

The move will happen within a month. It's going to cost twice what it did to buy the Majestic at auction. Then they have restoration work that must fit the historic designation parameters. Follow updates on the theater's new website, showboatmajestic.org.

"The auction is the easy part," Cortnee Brumley said. "Now getting it here and really making sure the Majestic, this relic, stays alive, we need everybody's help."