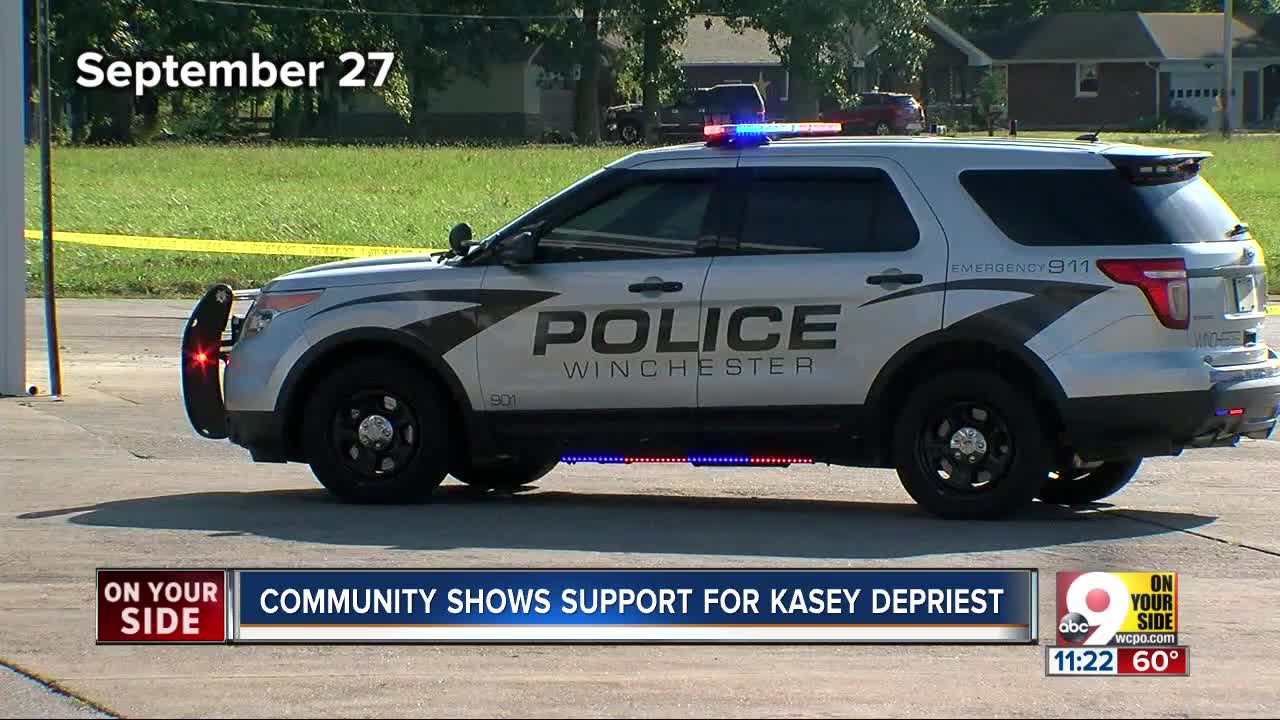 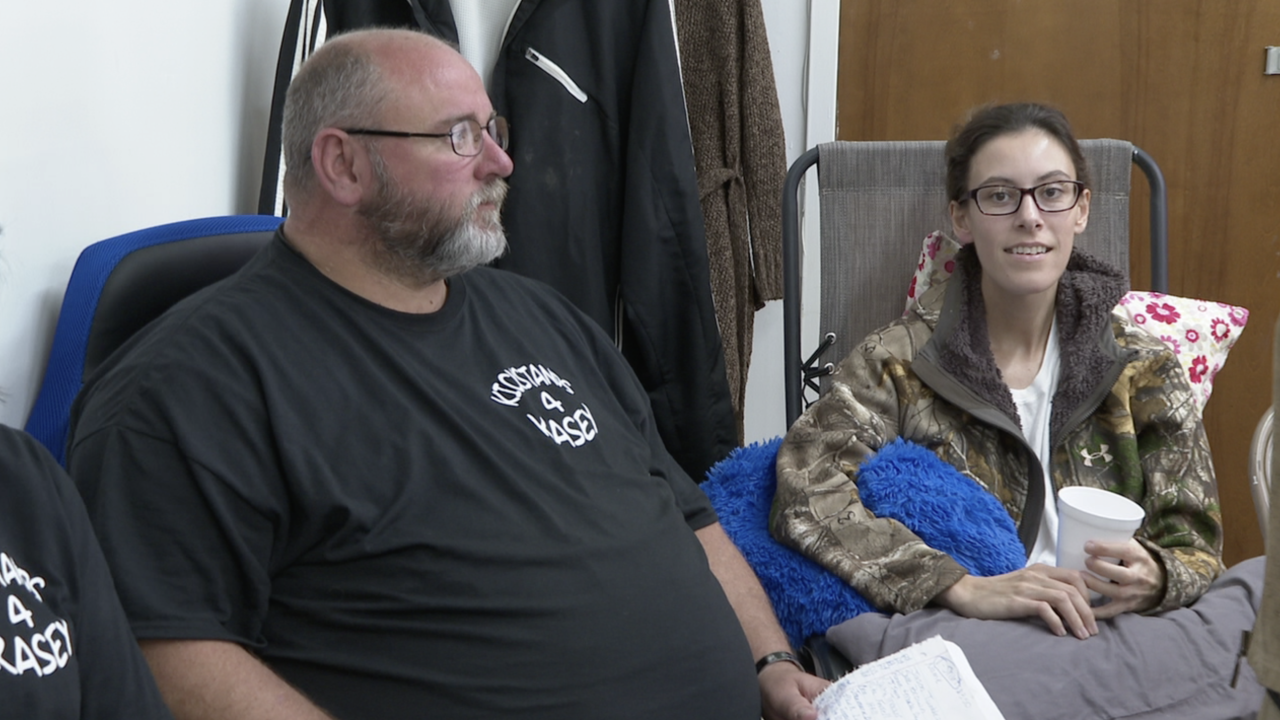 SEAMAN, Ohio — The tiny village of Seaman in Adams County may be small, but its show of support in rallying behind one of its own is mighty.

Saturday was host to a motorcycle ride, topped off by a fund-raising dinner in the evening for Kasey DePriest, still recovering after she was shot in September.

Police said suspect Brandon Carter, 44, was attempting to abduct DePriest when she fought back and fled. As she ran from him, he shot her in the back before allegedly killing delivery driver Andrew Kunst, stealing his truck, and leading police on a cross-county chase that ended with Carter shooting himself. Police later found another body inside the burning home Carter shared with his mother.

On Saturday, neighbors and supporters from Seaman gathered to show support for DePriest and lend a helping hand.

"Kasey's doing good," said Sergeant Matt Windle, with the Seaman Police Department. "She was able to be there for the bike ride. She's here tonight."

DePriest sat with Windle, a close friend of the family and the first emergency responder at her side on the day she was injured.

DePriest is still low on energy as she works to recover from the gunshot, and subsequent surgeries she underwent, but said she's touched by how many people came to stand by her side at Saturday's event.

"I think she's a little weak -- physically weak with her strength," said Windle. "Spirits are high."

Karen Conn, DePriest's neighbor who organized the benefit dinner, said DePriest is like a daughter to her. To accent the day, Windle coordinated the motorcycle ride, bringing DePriest a t-shirt signed by every person who participated.

"It says that we can all pull together and we can all support each other," said Conn.

Anyone interested in helping donate for DePriest's recovery can make a donation at First State Bank.