Top 9: These pizzerias might make you want to eat the whole pie 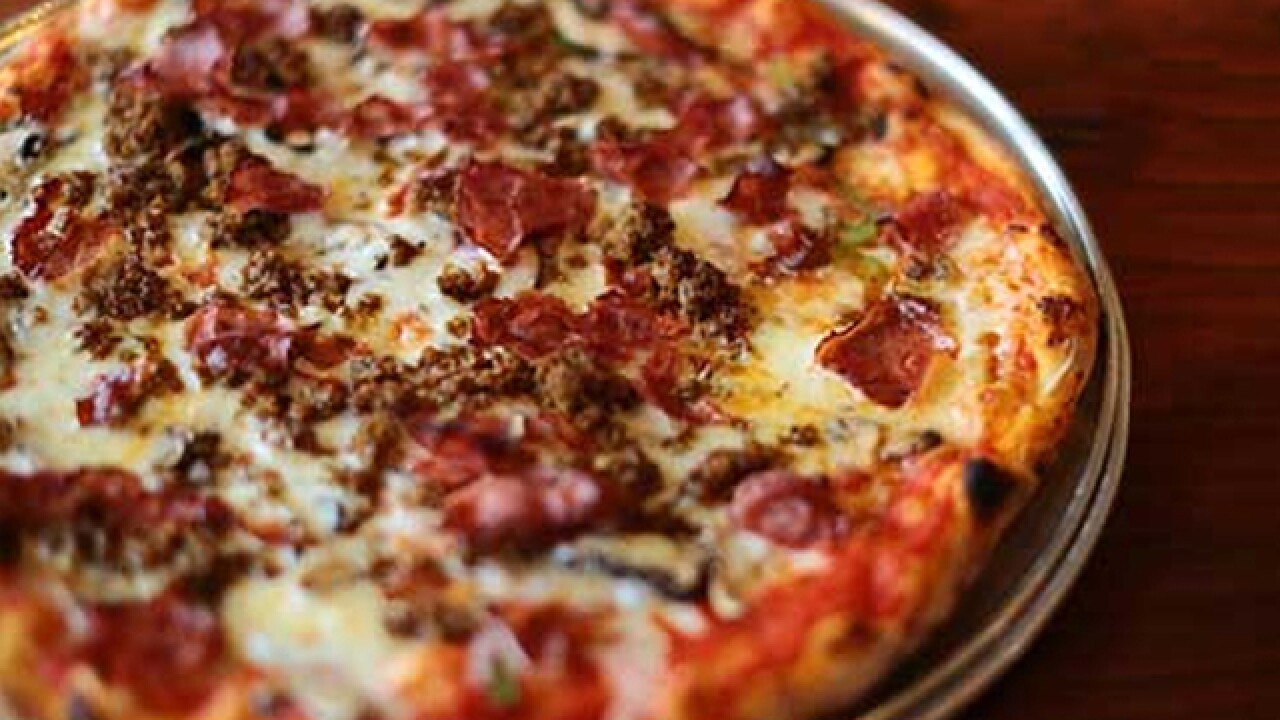 CINCINNATI -- If there is a great food debate in any city, it's pizza. Who has the best? Who was the first? How do you cut it? What kind of crust, cheese, toppings?

Cincinnati (unlike its chili) doesn't have a distinct style. Sure, LaRosa's is iconic (and the square cuts are reminiscent of St. Louis-style pizza). But in the Queen City, you can get everything from St. Louis- or New York-style to wood-fired pizza!

Here are nine great picks for your every pizza mood. We've focused on local and very small chains. (Sorry, there are no national chains on this list.)

Krimmer's Italianette Pizza (Silverton, North College Hill) : Italianette is old-school East Side pizza (founded in 1957), with a fluffy, bready crust and plenty of traditional toppings. This is the place to go for pizza nostalgia -- if you squint, you can totally imagine your grandparents (or great-grandparents!) eating this "new-fangled pizza stuff."

Trotta's Pizza (Westwood) : Trotta's is the little guy on the West Side, just down the street from Cincinnati's most famous pizza chain. The crust is garlicky and the sauce is not too sweet, but the pizzeria is known for its Goetta Pizza, which is about as Cincinnati as you can g[o]et-ta. You can get it as a regular topping, like anywhere else you might order pepperoni or olives. Go[e]tta love it.

Newport Pizza Co. (Newport) : One of the first restaurants to move onto Monmouth during downtown Newport's reinvigoration, Newport Pizza Co. is worth the trip if you're not a local. While its standard pizzas, with a chewy crust, are delightful, the standouts are its specialty pizzas, particularly the Cincinnatus: Imagine Cincinnati chili dip on a pizza, complete with melty cheddar cheese, cream cheese and chili. Sure, it's a little decadent, but sometimes you want all of your favorite guilty pleasures in one foldable package.

Adriatico's (Clifton) : University of Cincinnati students are familiar with this campus staple. Adriatico's doesn't skimp on the toppings -- its pizzas are loaded with whatever you would like on top of a fluffy, garlic-brushed crust. (Adriatico's does have thin crusts if that's your jam). Try the meaty pizza, if you're a meat lover -- it's a whole meal in a slice.

Mac's (multiple locations) : Mac's is a quintessential college pizza joint, complete with funny signs and an expansive beer menu. Its pizza, on a thinner-but-still-chewy crust with sauce that has a little kick to it, is a real favorite. Like Newport Pizza, it has some great specialty pizzas, including an award-winning Chicago Gyro pizza (with tzatziki and meat from Chicago Gyros on top), as well as both vegan and gluten-free options.

Strong's (multiple locations) : While many pizza places in Cincinnati tend toward a chewier crust, Strong's goes for a more Italian-style, brick oven taste. This is pizza with floury crust that's crispy and bubbly, and it has a little char on it.  There's no barbecue chicken pizza at Strong's; instead Strong's focuses on more traditional toppings, such as basil, mozzarella and fresh garlic. Its signature? PIzza Alla Vodka, with a tomato-cream sauce, spinach and prosciutto. This is a great change-up from your usual pie.

Dewey's (multiple locations) : Dewey's was likely many Cincinnatians' first exposure to trendy "specialty" pizzas. Its specialty pizzas, like the Bronx Bomber and the Green Lantern, are so popular that Dewey's has expanded into markets outside Cincinnati, such as St. Louis and Indianapolis. The monthly specials have cult-like status: Just ask anyone who is a fan of the Tito Santana, which is basically a taco on a pizza.

A Tavola (Over-the-Rhine/Madeira) : A Tavola is the gourmet pie of Cincinnati. Like Strong's, it uses an Italian oven that creates a crisp crust with a bit of char. The toppings, however, are more chef-driven: Think fig jam, Brussels sprouts, white anchovies and sweet peas. (Don't worry -- that's not all on the same pizza.) While Dewey's does offer take-out, these pizzas are best served straight out of the oven, hot on your plate at either a table or at the bar.

Goodfellas (Covington/Over-the-Rhine) : Goodfellas is the place in Cincinnati to get a New York-style slice -- they cut it from the pie, toss it in the oven and serve it to you on a paper plate. The sauce is spicy, and the crust is thicker and foldable. Or buy a whole pie -- rather than sticking with cheese, try the Taste of Naples, with fresh mozzarella, tomatoes and basil.

We know there are other favorites! Tell us what's your favorite pizzeria  on our Facebook page.