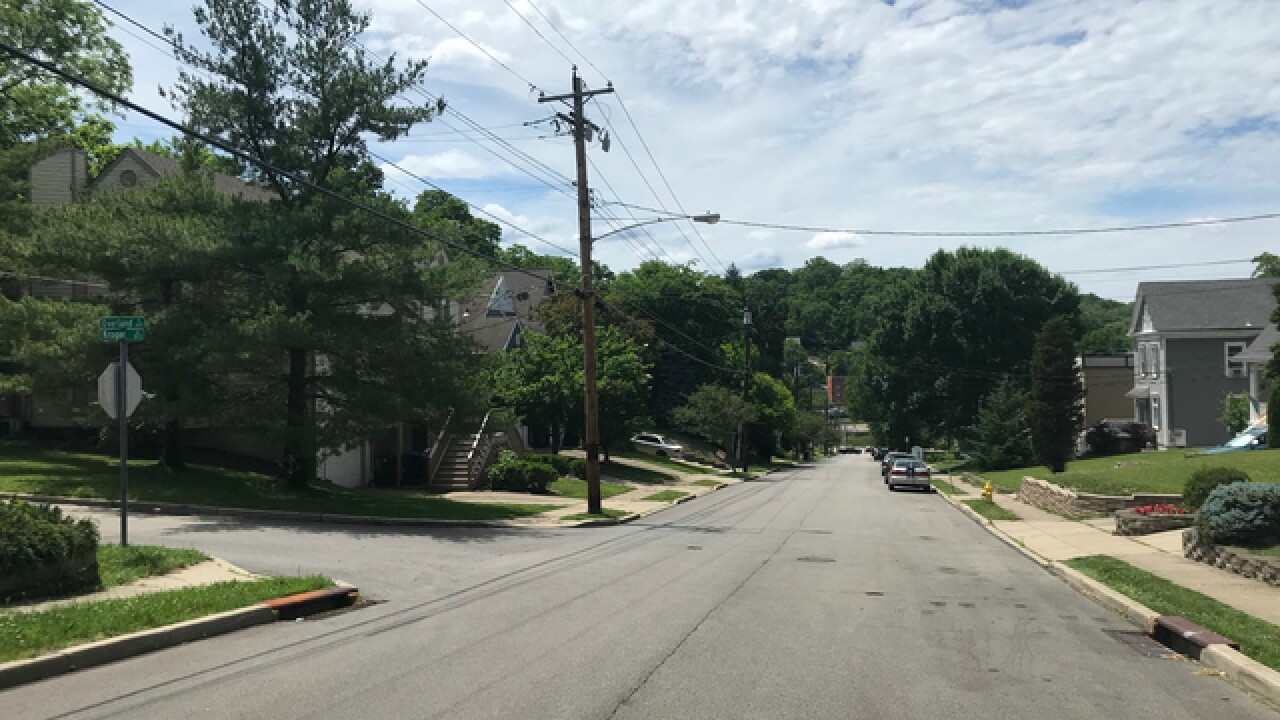 CINCINNATI -- Residents of one small Mount Lookout street will soon find out if a stop sign is the answer to its speeding problem.

Kroger Avenue branches off Delta Avenue before meeting up with Tweed Avenue on the way toward Linwood Avenue. It's also a hot spot for drivers breaking the speed limit, residents say.

Speeding is what prompted residents to ask City Council to install a new stop sign. During a committee meeting Tuesday, council members approved a new stop sign, as well as a new crosswalk.

"A lot of people use our street as a cut-through to get between Delta and Linwood," said Kroger Avenue resident Ryan Wenstrup-Moore. She has lived with her family on Kroger for two years, and she told WCPO it didn't take long for her to notice the speeding problem.

"We can hear the cars coming (from inside our house)," she said. "We can see them and think, 'Whoa, that's too fast.'"

The problem is so bad, Wenstrup-Moore said, that she won't let her young son and his friends play in their front yard.

"Literally we can't put a basketball hoop in our driveway, and we have a long driveway," she said. She worries the unthinkable could happen if a ball rolls out into the street.

"We're all to the point where something has to happen before somebody gets hit," she said.

In April, the city's Division of Traffic Engineering conducted a speed study along the street, which confirmed residents' worries. The city collected rates of speed in the area and found that between 60 percent and 80 percent of drivers each day of the seven-day study drove above the speed limit. Of those incidents recorded, the vast majority -- roughly 85 percent -- were driving 10 miles per hour above the speed limit or less.

City traffic engineer Dennis Lechlak addressed the study's results during Tuesday's Neighborhoods Committee meeting and offered his department's position to not recommend a stop sign at the intersection.

"We know there's a speeding problem," Lechlak told the committee Tuesday. "But we've found stop signs do not stop speeding."

Lechlak also worried that a stop sign at the intersection could give pedestrians an unrealistic sense of safety when crossing the street, which could lead to more collisions.

There is research that supports Lechlak's concern.

The Federal Highway Administration says, "The overuse of stop signs may cause drivers to carelessly stop at the stop signs that are installed," citing multiple stop sign observance studies. Those studies found that nearly half of all motorists came only to a rolling stop while a quarter didn't stop at all, according to the FHWA.

But the committee ultimately agreed to install the stop sign, as well as a new, illuminated crosswalk at the intersection, and remained open to exploring parking on both sides of the street -- a known speed deterrent.

Vice Mayor Christopher Smitherman spoke to the difficult position residents like Wenstrup-Moore and others living around speeding hot spots find themselves in.

Addressing Lechlak, he said, "I'm caught in the middle of two things. Citizens are saying if we do nothing, someone is going to die, while the administration says if we do something (install a stop sign), someone could die.

"Doing nothing is not the best thing," he said.

Council member Wendell Young echoed the sentiment: "After we've been warned, if we do nothing and someone is hurt, I wouldn't be able to sleep at night."

Lechlak also spoke to the importance of police enforcement to prevent speeding in areas like these.

"The solution to the speeding problem is not the placement of stop signs. It's the enforcement of those speed limits," he said. "When I visit these neighborhoods and ask drivers what it will take to get them to stop speeding, those that are honest say, 'Give me a ticket.'"

Lack of enforcement is one point where Lechlak and Wenstrup-Moore agree.

When WCPO asked her about police presence on Kroger Avenue, Wenstrup-Moore said, "It's non-existent. Unless we've called somebody, we don't see any patrolling."

Acc. to police data @WCPO acquired earlier this year, looks like there were two speed-related citations on Kroger Ave. last year. Three others nearby. pic.twitter.com/YSkWsfo5Ol

As WCPO has extensively reported, traffic enforcement by the Cincinnati Police Department has sharply declined in recent years, while crashes have increased in that same time. According to a survey conducted by the Department of Transportation and Engineering, speeding remains Cincinnati residents' top safety concern on city streets.

Whether or not a stop sign actually will prevent drivers from speeding past her home, Wenstrup-Moore hopes it will at least make drivers more aware.

"We would hope that it would slow people down and give them pause," she said. "Is a stop sign going to miraculously stop speeding? No. Is it going to make people stop and pause and be more aware of their surroundings? Yes.

"We've run out of options. We know that this is not some miracle cure, but we have to try something."

In an amended version of council members' motion to install a stop sign, the committee also called for a report 30 days after the sign's installation to measure its effectiveness at reducing speeding.