When you go, you can go green: Spring Grove burials lessen the impact of your death on the Earth 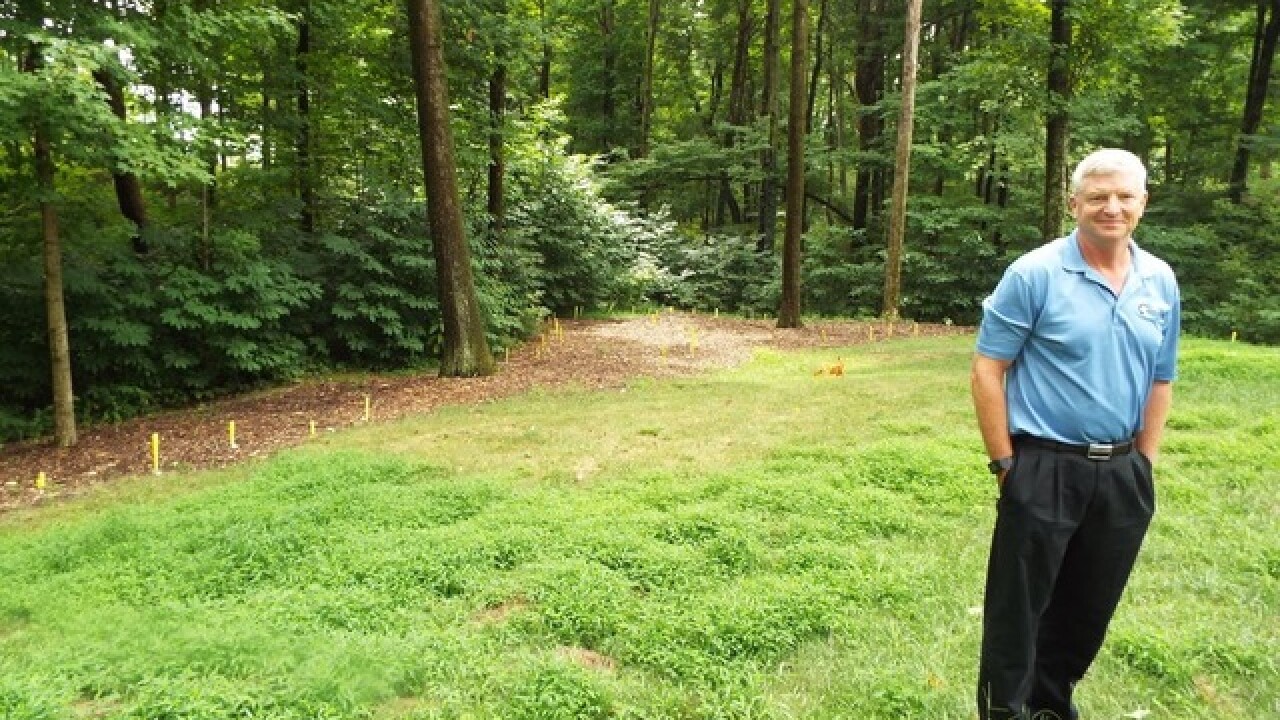 Kevin Eigelbach | WCPO contributor
<p>Gary Freytag, president and CEO of Spring Grove Cemetery and Arboretum, stands in front of the ground the cemetery has set aside for green burials.</p>

CINCINNATI -- If I told you that after you die, you could have your ashes made part of a coral reef, would it make being buried in a bamboo casket seem less odd?

These days, there are all sorts of creative ways to dispose of your mortal remains -- even in Cincinnati, with its reputation for being 20 years behind the times.

The latest is offered by Spring Grove Cemetery and Arboretum , one of the largest nonprofit cemeteries in the country.

Along the edge of a mature stand of trees, it has set aside 66 gravesites specifically for green burials, which are designed to minimize a burial’s environmental impact.

Bodies buried here will not be embalmed, but kept refrigerated until time for the funeral. That means the family will typically not have visitation but only a graveside service, said Theresa Correa, the cemetery’s vice president for funeral operations.

The bodies will be buried in a biodegradable casket typically provided by Albuquerque, New Mexico-based Passages International, with which Spring Grove is partnering to offer the burials.

Passages offers a variety of caskets and coffins -- made from willow, seagrass or bamboo -- that look like baskets with lids. Each is lined with cotton, and is weight-tested up to 350 pounds.

They will be placed directly into the earth and buried, without a protective concrete vault around them. Vaults are generally placed around a wooden coffin to prevent subsidence, after the body decays and the wood deteriorates.

At 9 feet by 7 feet, the gravesites are twice as wide as normal gravesites, because without the vault, the casket/coffin will move around a bit as the ground shifts.

The cemetery hasn’t sold any green gravesides yet, said President and CEO Gary Freytag, but customers have been asking about green burials more frequently.

The cost is close to that of a traditional burial, he said. A green burial package, which includes the cost of the gravesite and funeral services by the cemetery’s Gwen Mooney Funeral Homes, amounts to $10,500.

Spring Grove does about 1,300 burials per year, Freytag said, and Gwen Mooney does funeral services for about 1,000 of those.

Freytag thinks demand for green burials will only grow as younger, less-traditional generations begin to die off. He doesn’t know of any other local cemeteries that offer green burial.

In 2006, the country had only one green burial provider, but now it has more than 300, according to the Ojai, California-based Green Burial Council, which certifies providers.

According to the council’s website , there are four Ohio cemeteries so certified, but none in the Cincinnati area. Spring Grove isn’t certified, but Passages International is.

Certifications have grown “explosively” in the past two years, said the council’s executive director, Kate Kalanick. That growth’s been spread pretty evenly throughout the country, she said, and will accelerate as awareness increases.

“There’s a real awareness, that we didn’t always have, in regards to our impact on this world and the environment,” she said.

In a traditional burial, embalming chemicals eventually leach out into the water table. A great deal of energy is used to create the concrete used in a vault.

“It’s pretty clear that across the board, it’s not very green,” Kalanick said.

Cremation isn’t much better, she said, because lots of energy is used to burn the body, and not all crematoriums have the filtration systems needed to keep particulates out of the air.

If you want your burial to be a bright, verdant green, ask your cemetery if it has legal protections that prevent its green gravesites from returning to traditional ones.

That’s because one of the most compelling reasons for choosing green burial, the council says, is to preserve natural habitat .

What about the clothes you’re buried in? Traditionally, you wear your Sunday best suit. But you could instead have yourself dressed in the Infinity Burial Suit, made by New York City-based Coeio.

The $1,500 garment , embedded with mushrooms, is made with all-natural processes, and purports to cleanse and purify the body of all toxins that would otherwise seep into the earth.

If you want your body cremated, but don’t want your ashes scattered, you could contact Sarasota, Florida-based Eternal Reefs, which will mix your ashes with concrete, form them into a ball with holes in it, and place it on an ocean reef.

Loved ones bring the ashes to a project site, where they help mix them into a part of the ball, CEO and owner George Frankel said. They can also put handprints or written messages on the ball.

“We find that it’s a very positive process,” he said, as opposed to the feeling of powerlessness one gets from a traditional funeral. “You go to the funeral home, you answer a couple of questions, you make a few decisions, you write a check and then you are another third party in the back of the room,” he said.

Memorials range in price from $3,995 to $7,495 for the largest, the Mariner Eternal Reef. It can accommodate up to four sets of remains and attracts larger species of sea life.

Eternal Reefs has made about 2,000 memorials to date, he said, with demand growing every year. Last year, for example, it did about 150.

“The whole idea of conservation memorialization is growing,” he said. “We call ourselves the surf-and-turf of the natural burial movement.”