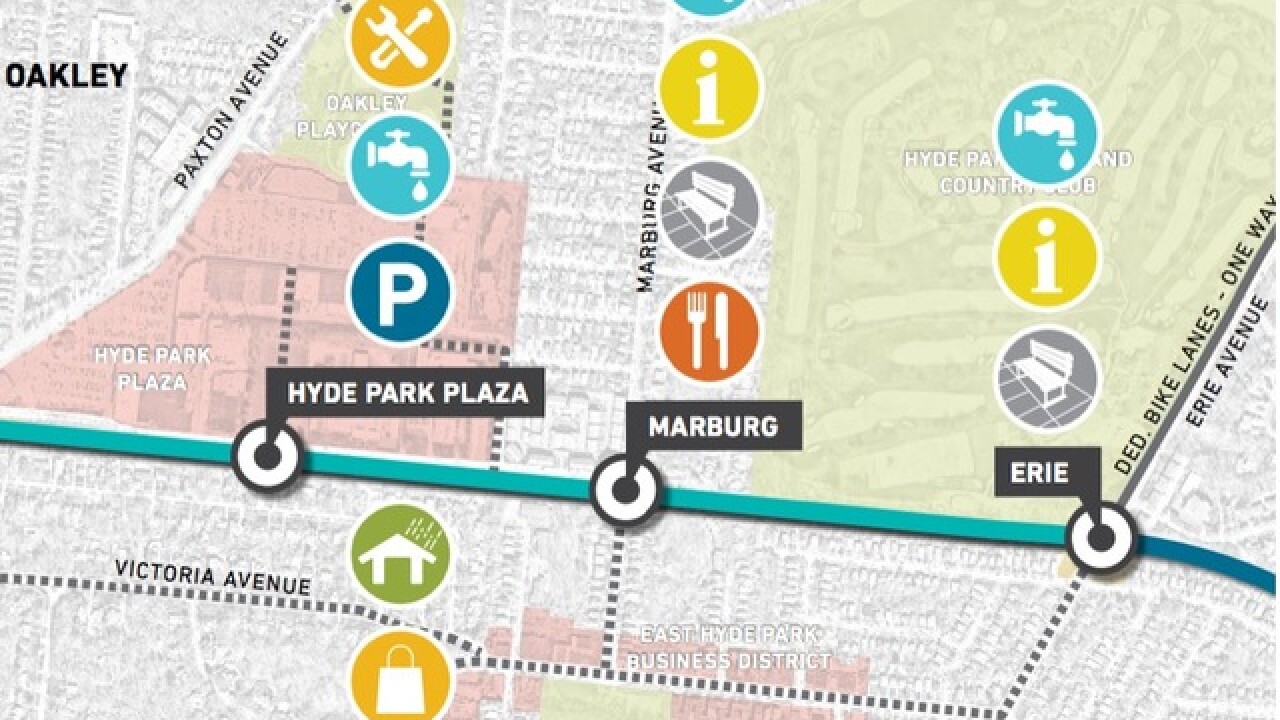 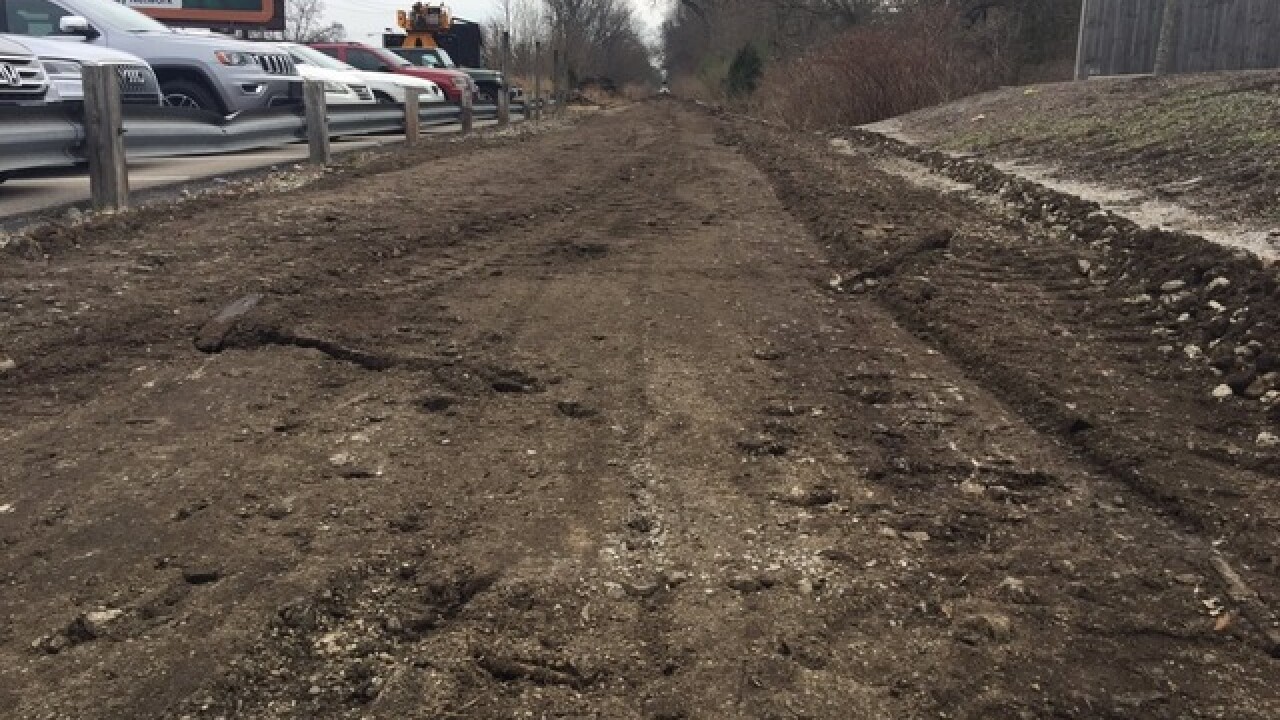 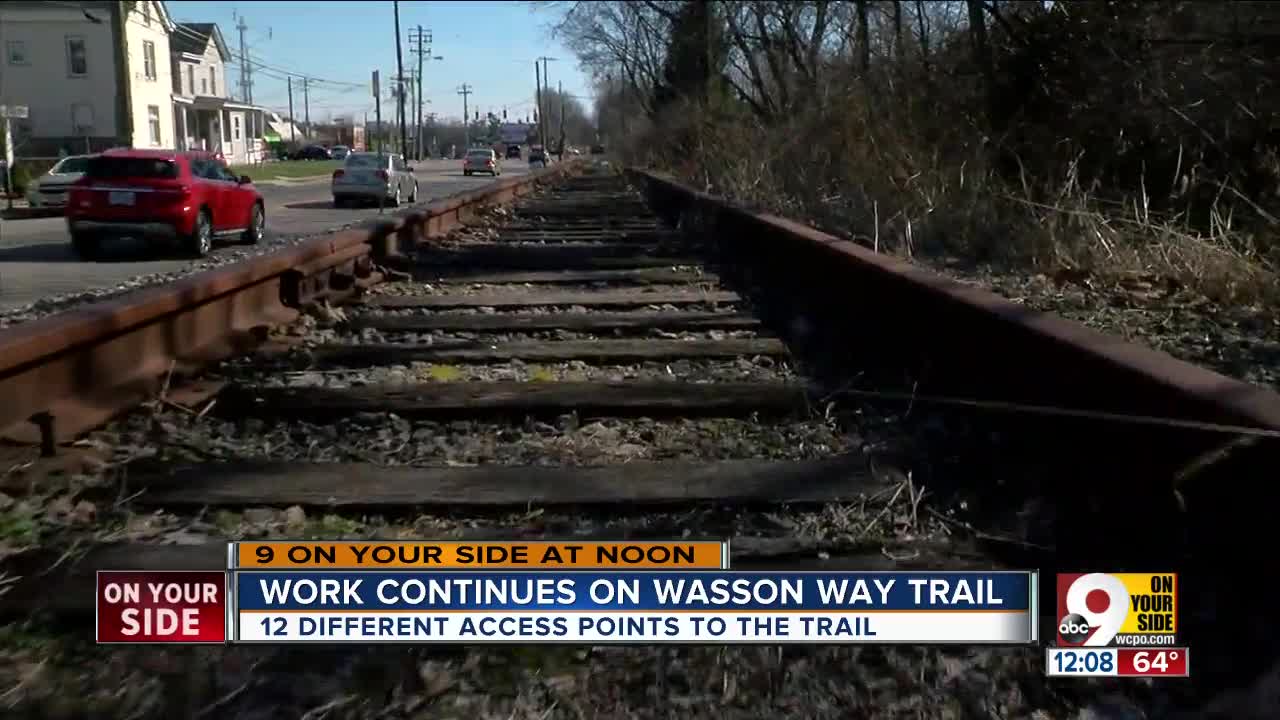 CINCINNATI -- How long are you willing to walk to get to a restaurant? How far is too far when you're biking to work?

Questions like those are top of mind for the people planning Wasson Way, a mixed-use trail now under design after years of grassroots advocacy from neighborhood groups.

Work sped up last fall on a 4.1-mile section that forms the spine of the trail through Cincinnati's East Side. That's when the city finally bought an unused rail corridor more than a year after reaching an agreement with Norfolk Southern on terms of the deal.

Now come the nitty-gritty details: What's the trail going to look like? How wide will it be? And where do you put the trailheads?

New maps show a dozen major access points, as well as two paths along a long section of the route.

There's some science behind those decisions, according to planners. For starters, you've got to figure out how quickly different people can walk. Children tend to move more quickly than senior citizens; people with disabilities may not go as fast as young adults:

Then there's the question of how far -- or, more accurately, how long -- people are willing to walk or bike for different reasons.

Biking doesn't fare much better, although about 5 percent of bicyclists are willing to pedal 30 minutes to get to work.

For Wasson Way, those data points tell planners there should be 12 major access points, or trailheads. Maps posted to the city's website show potential trailheads at:

People also can get onto the trail from smaller side streets, according to the city's website.

Planners also are calling for two separate paths for most of the route between Evanston and Hyde Park Plaza. One would be for faster-moving people -- think bicyclists and joggers -- and the other is for slower traffic. The high-speed trail would be about 12 feet, according to a new rendering, while the slow-traffic side's width would vary. A buffer strip would divide the two:

The rest of the trail, from Hyde Park Plaza to Wooster, would be a 16-foot-wide shared path:

Norfolk Southern started pulling out its old rails near Paxton Avenue last week; under its deal with the city, the company gets to keep the valuable scrap metal.

The city expects to start construction this summer on the trail's first section, a .65-mile stretch on the southern edge of the Rookwood Commons shopping center. Final designs for the first phase should be finished next month.

City planners estimate it will cost about $1.1 million to build this first phase of the trail. The city's paying for it, in part, with a $500,000 grant from the Ohio Department of Natural Resources and $50,000 from a grassroots nonprofit backing the project.

Once finished, the trail will eventually stretch from Victory Parkway near Xavier University in Cincinnati's Evanston neighborhood to the Little Miami Bike Trail in Anderson Township, which extends out to Mariemont.

The nonprofit backing the Wasson Way project has said the trail would spark countless development opportunities, boost spending locally by up to $9 million and increase the values of homes near the trail by up to $9,000 each.

The Wasson trail, under the proposed Cincinnati Connects Plan, is also slated to be one of four major trail plans that ultimately would connect to form a 42-mile network of trails running throughout the city.