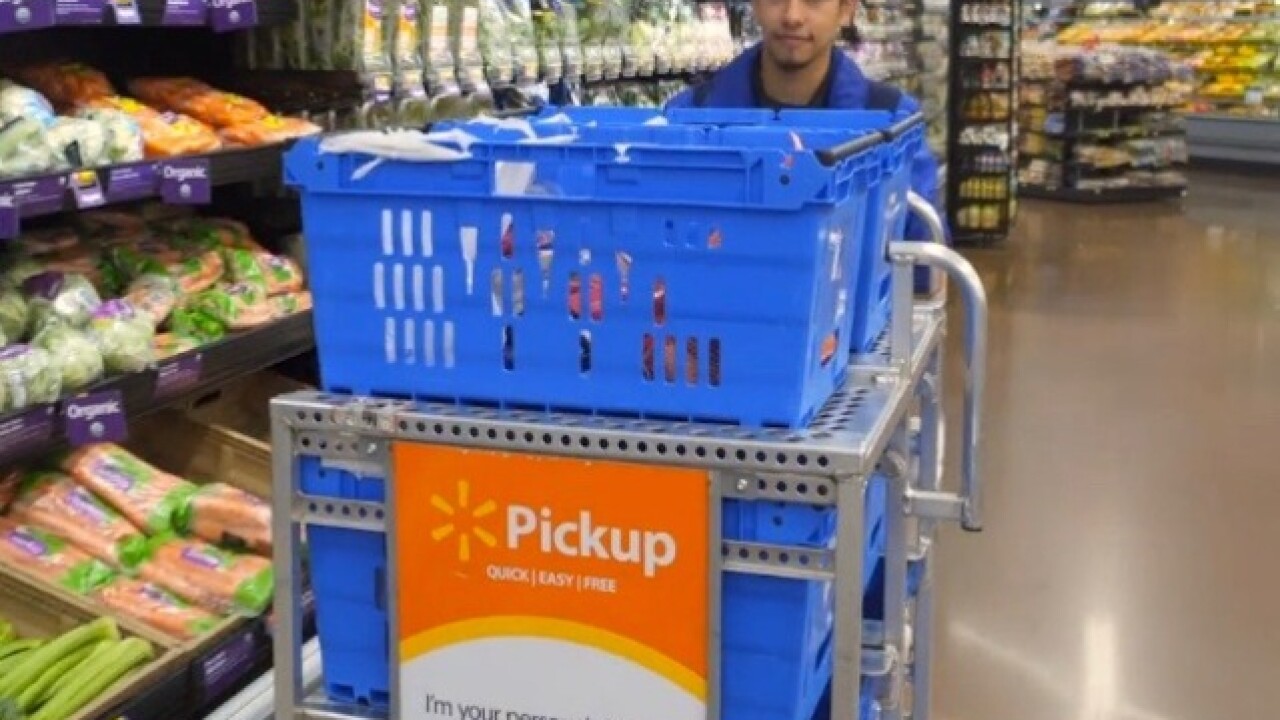 Copyright 2018 Scripps Media, Inc. All rights reserved. This material may not be published, broadcast, rewritten, or redistributed.
Provided by Walmart
<p>Walmart Inc. is training 18,000 personal shoppers to pick online orders.</p> 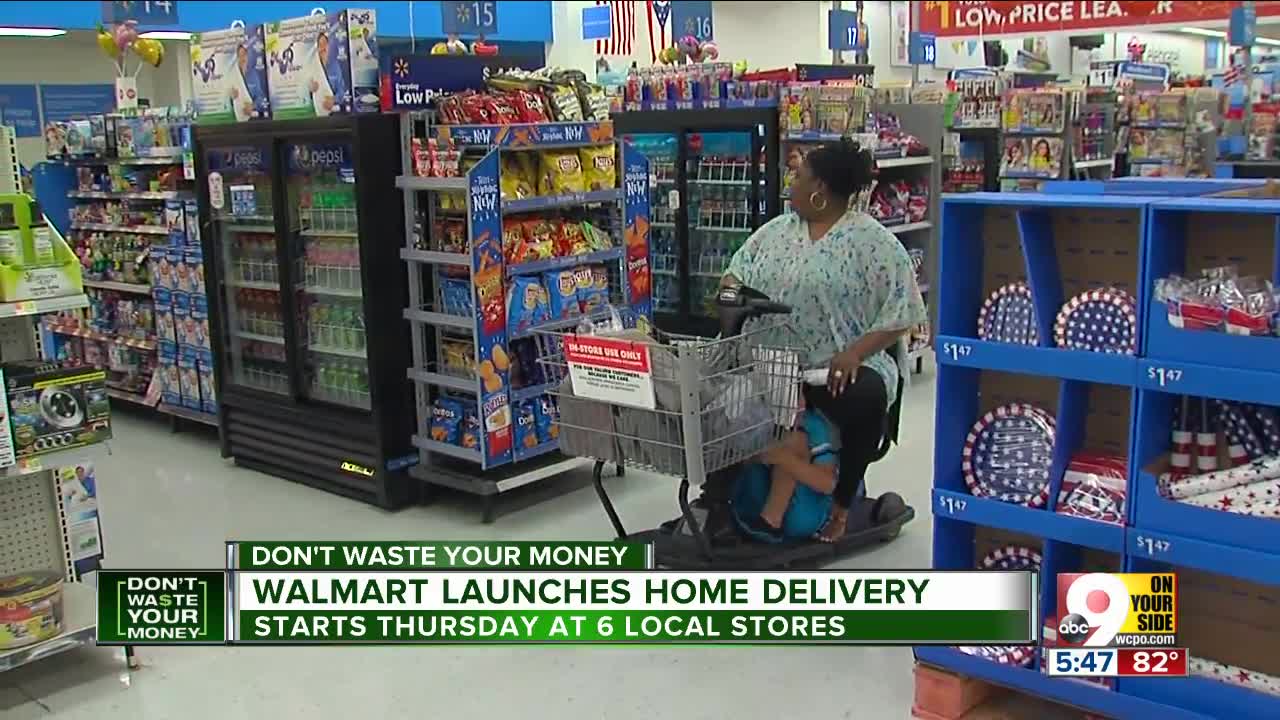 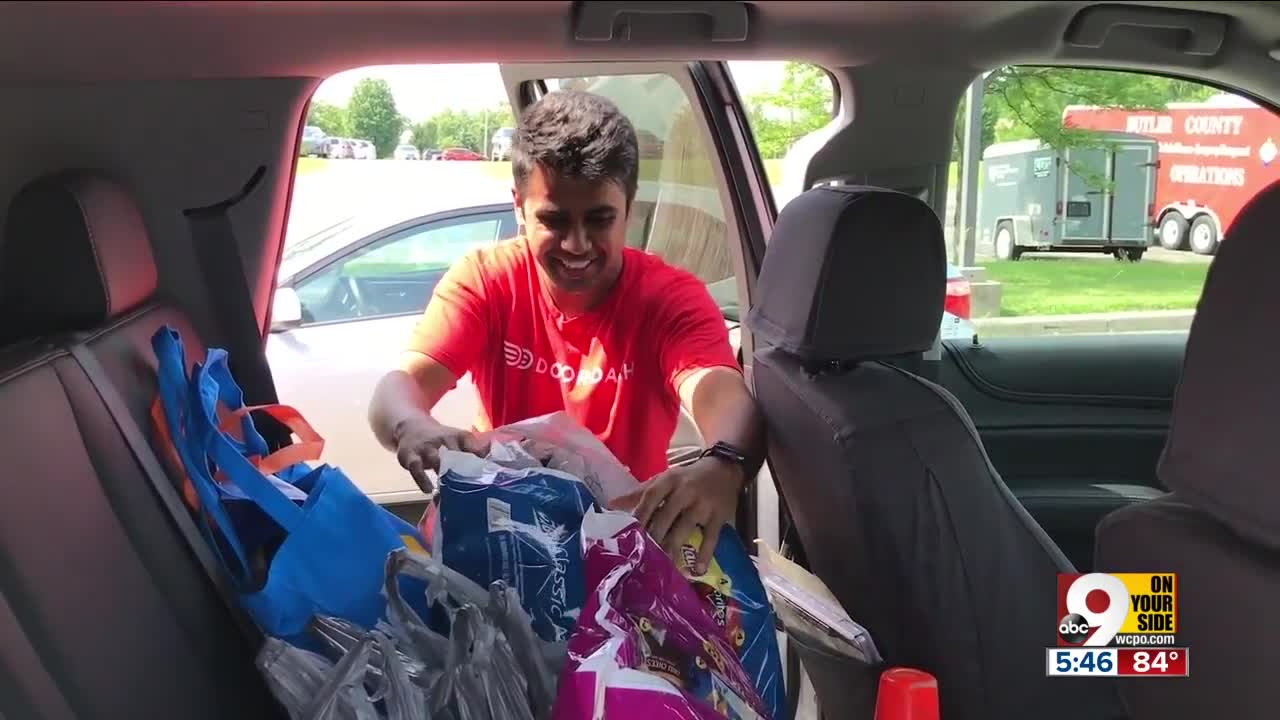 CINCINNATI -- Walmart Inc. is entering Cincinnati's already crowded market for grocery delivery this week by claiming its offer is more transparent than those of its rivals.

"The great low price you see on produce, on consumables, on soup and crackers, it's always the same low price online as they are in stores," said Walmart spokeswoman Molly Blakeman. "That's a big deal."

Similarly, Walmart's delivery fee of $9.95 per order doesn't change if you hit a certain order threshold, she added, and "there's no subscription, no hidden fees."

That's obviously a shot at Amazon Inc., right? Its $119-per-year Prime membership is required for shoppers to get free, 2-hour delivery of Whole Foods merchandise.

But Kroger also has variable pricing, depending on whether you order through Instacart or Kroger's website/mobile app.

A March 28 research report by Barclays Capital Inc. showed Kroger's in-store pricing was 14 percent lower than Amazon's Whole Foods division in Cincinnati. But its delivery pricing was 2 to 7 percent higher.

Barclays' analysis is based on an Instacart order, not purchases made through Kroger's ClickList app. Instacart has a $5.99 delivery fee on orders of more than $35 but its product pricing doesn't always match what's in store. If you order through ClickList, you'll pay $11.95 for the services of a personal shopper and delivery driver. Meijer offers free delivery on orders of $35 or more (or $7 delivery for orders less than $35) plus a 10 percent surcharge on home-delivered orders.

Kroger Chief Financial Officer Mike Schlotman told Wall Street analysts May 17 that it encourages shoppers to order home delivery through ClickList even though Instacart orders are more profitable for Kroger.

"We don't like it when Instacart charges a different price because it creates a false impression of what our prices really are," he added.

Matt Thompson, Kroger's vice president in charge of ClickList, said the company's best values are always tied to its loyalty cards, which bring its shoppers digital-only coupons, loyalty rewards and discounts on curbside fees and delivery.

"There are all sorts of ways customers get value at Kroger," Thompson said. "Above and beyond the offers, you've got to think about fuel points and all that sort of thing as well. The card is the vehicle that makes that happen for our customers."

Kroger offers Instacart deliveries from 89 stores in its Cincinnati-Dayton division and 1,255 stores nationwide.

Blakeman said Walmart is training 18,000 employees nationwide to pick grocery orders in 100 cities by the end of this year. Cincinnati is number 17 on that list, just behind Columbus, which debuted Monday. Walmart's local deliveries, which begin Thursday, will reach customers within four hours, she said.

Walmart is partnering with DoorDash Inc., a San Francisco-based technology company, to transport orders from the store to consumers' front door. DoorDash already delivers restaurant orders in Cincinnati. It did not respond to WCPO's questions about how it will staff Walmart orders.