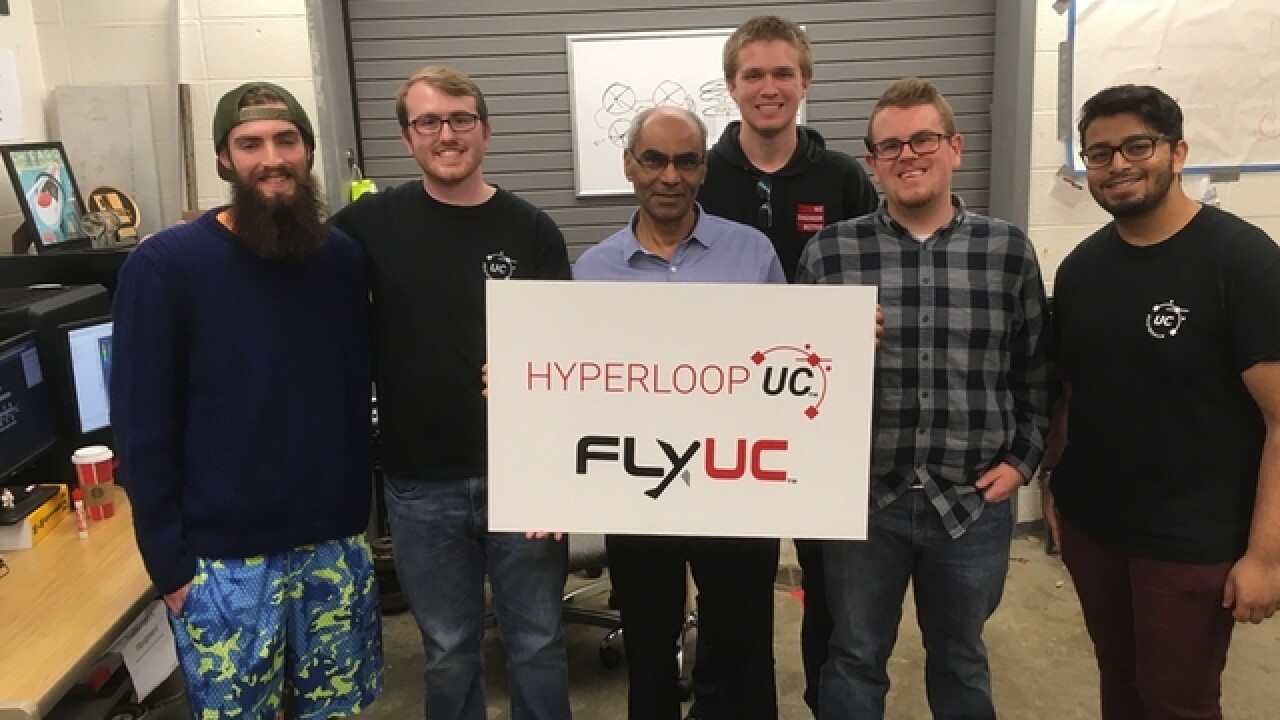 Copyright 2018 Scripps Media, Inc. All rights reserved. This material may not be published, broadcast, rewritten, or redistributed.
<p>Members of the FlyUC team.</p> 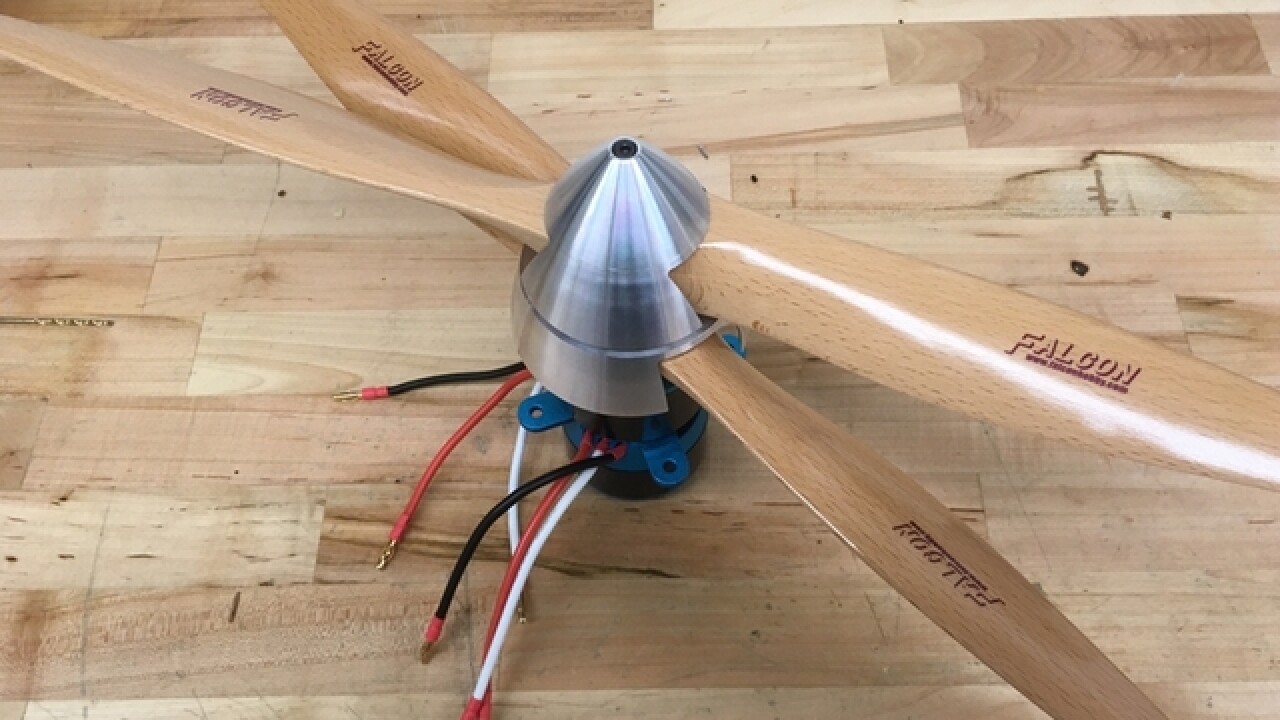 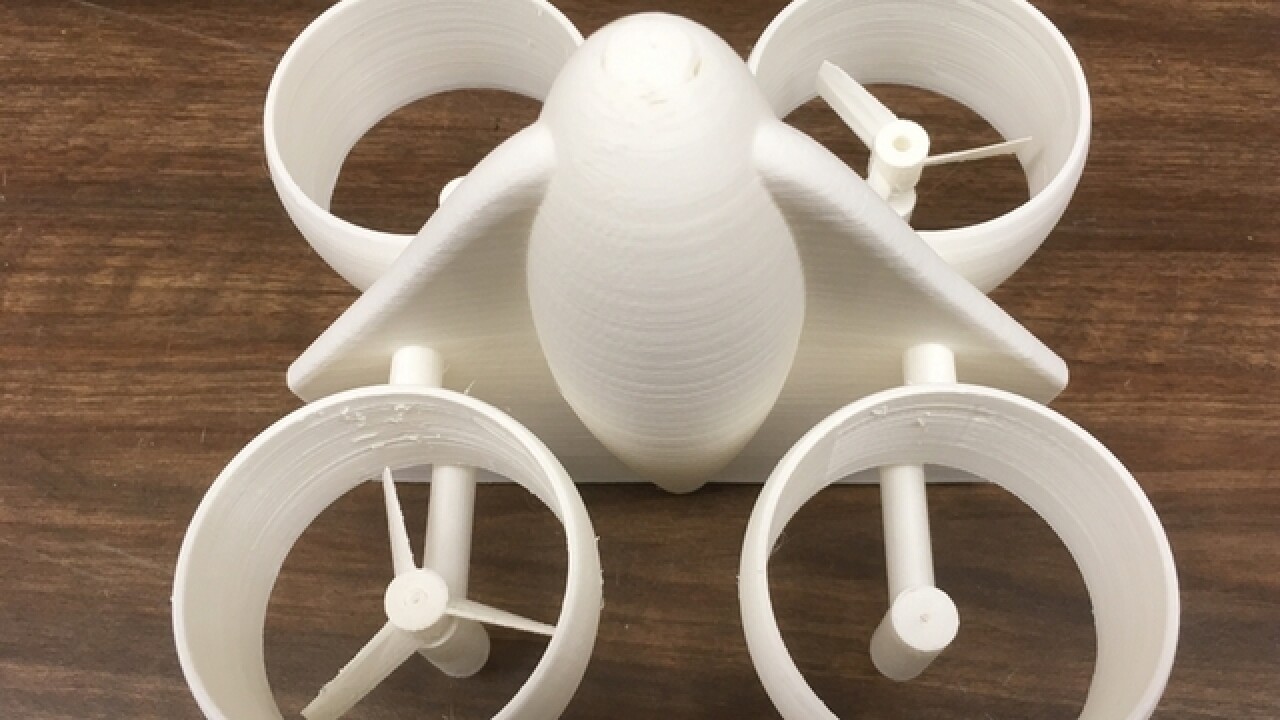 CINCINNATI -- Without much room, money or time, a group of University of Cincinnati engineering students are trying to shape the future by building a personal flying machine.

Members of FlyUC are designing a Vertical Take-Off and Landing craft, or VTOL, for the Boeing GoFly competition, in which teams from around the world are vying for a share of $2 million in prize money and future careers in aerospace.

If you're thinking of "Back to the Future" when Dr. Brown says, "Roads? Where we're going we don't need roads," that's exactly what Jacob Gamertsfelder, a junior aerospace engineering major, is thinking, too.

"There is no additional infrastructure needed (roads or tracks) for these crafts to take off," Gamertsfelder said. "Your company could have a parking spot for them. You could land it there in the day and when you're done you take off and land it in your driveway."

The competition requires teams to create a safe, quiet, ultra-compact VTOL capable of flying 20 miles without refueling while carrying a single person.

FlyUC's entry is a gas design that calls for the pilot to lie face down with lift coming from four sets of counter-rotating fans above. A fifth fan will be placed in the rear for extra propulsion.

Heath Palmer, a senior electrical engineering major and FlyUC’s team leader, said the final design is due Feb. 6, 2019. They are very close to beginning construction on a working half-scale model, he said.

"We have materials in the lab and are finalizing our simulations to make sure the design is sound," Palmer said. "We should be building before Friday."

FlyUC is a spin-off of HyperloopUC, which was one of only 30 teams to make the final round of the SpaceX Hyperloop Pod competition. Earlier this year the students were looking for a new challenge, so they decided to dedicate themselves to building a VTOL.

Shaaban Abdallah, a professor of aerospace engineering, is the team's adviser.

"I have great confidence in my students," Abdallah said. "They did a wonderful job before, and I am certain they will succeed again."

Hayden Morgan, a senior mechanical engineering major, said it's better to carry a 3.0 and get your hands dirty than it is to have a 4.0 and no experience working with others.

"One of the best designs we've come up with for fueling came from a freshman student. He knew how a car gets its fuel," Morgan said. "He knew other things about cars that you wouldn't think are applicable to a VTOL, but that's the thing with engineering -- you know things from other disciplines and you're able to apply it to new ones."

"I think one of the biggest strengths of FlyUC is that you can come in as a first-year and, within a few days, you can already be working on something," Banerjee said.

"A lot of the problems, funny enough, is something simple. What stops you is, 'Oh the cable fell out or you forgot to turn on the power,'" said Nathan Huber, an electrical engineering major.

If judges give FlyUC the green light to continue, the team will build a full-scale prototype in the spring and summer of 2019 and then test it next October.

"We have a lot of opportunity to help define what the future might look like," Banerjee said.