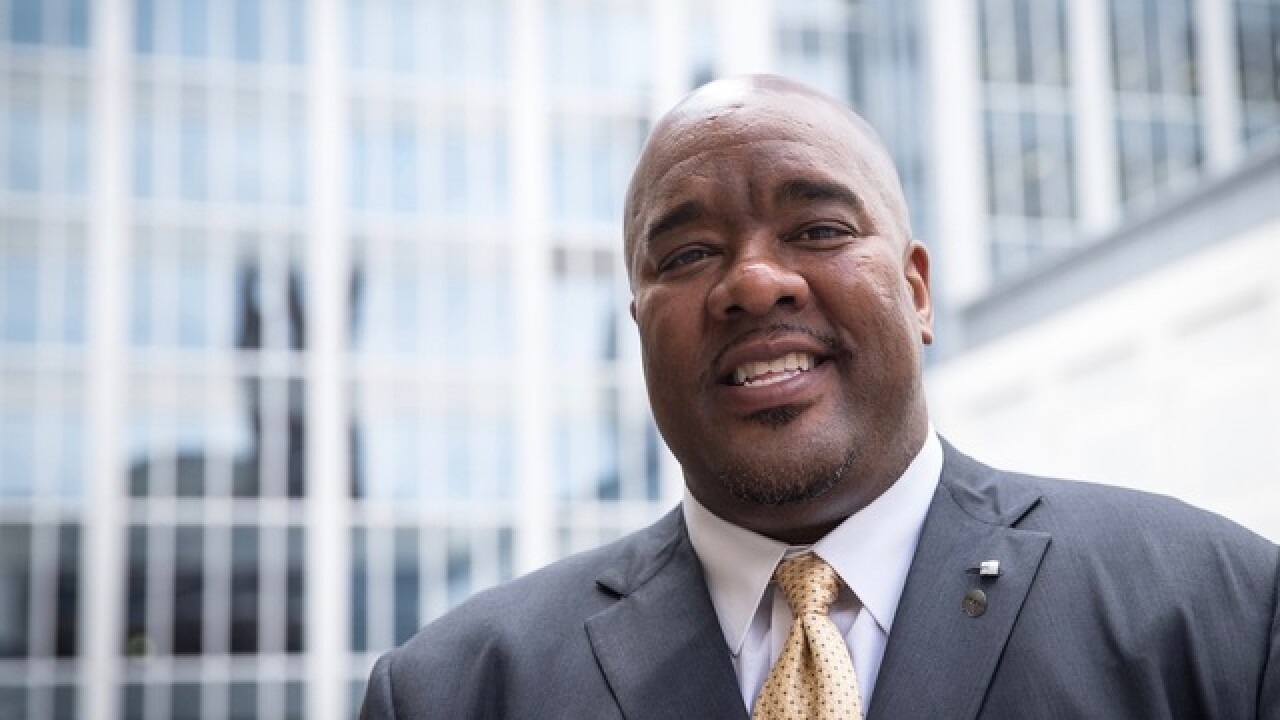 Copyright 2018 Scripps Media, Inc. All rights reserved. This material may not be published, broadcast, rewritten, or redistributed.
Matt Steffen
<p>Michael Johnson will start work as CEO of United Way of Greater Cincinnati in July 2018.</p>

CINCINNATI – The morning after United Way of Greater Cincinnati’s CEO sent an email alleging he was the victim of “subtle threats” and a “hostile work environment,” he tendered his resignation as co-chair of a high-profile poverty-fighting initiative.

In an Oct. 27 email to his fellow Child Poverty Collaborative co-chairs that was obtained by WCPO, Michael Johnson wrote that he has watched “how key African American leaders are leaving and this don’t seem to be of real concern.”

Johnson noted that Karen Bankston, whom he called “an icon in the African American community,” left her job as the collaborative’s executive director for health reasons but seemed to be working on similar issues a month later. WCPO could not reach Bankston for comment.

Johnson wrote about how Dr. O’dell Owens, the CEO of Interact for Health and one of the region’s most prominent black business leaders, was resigning from his position as a co-chair of the Child Poverty Collaborative, too.

“This will send waves and a message to the community that something is wrong,” Johnson wrote, adding that he would leave his own co-chair position Nov. 30.

Owens confirmed to WCPO that he is resigning as a Child Poverty Collaborative co-chair, but not until the end of this year.

“I’m resigning because I’ve been part of that for almost three years, and we’re not where I think we should have been,” Owens said. “I’m not leaving because of any charges of racism or anything like that.”

The Child Poverty Collaborative launched in late 2015 with a goal of helping 5,000 Hamilton County families lift themselves and their 10,000 children out of poverty in five years. The United Way has been closely involved in the work from the beginning and has served as the initiative’s manager and fiscal agent.

United Way announced in late 2017 that it was doubling down on that commitment and pledged to help 10,000 low-income families across the region by the end of 2021.

Johnson has only been United Way’s CEO since July, but his supporters had hoped his own experience growing up in poverty would bring a valuable perspective to the organization’s work.

It’s unclear whether he will return to the job, however, in the wake of his Oct. 26 email to United Way’s board of directors where he detailed his concerns and frustrations in four pages of text.

In a statement issued Monday, United Way board chair Julia Poston, future chair Tim Elsbrock and past chair Carl Satterwhite announced Johnson “asked the United Way Board leadership for the ability to spend some time away from the office with his family.”

In an exclusive interview Tuesday with WCPO, Meyer said the turmoil at United Way was a shock to employees there.

“Just last week I was working closely with Michael on our campaign, on our impact work, and this came as a complete surprise to all of us here,” Meyer said.

It should not have surprised all the members of United Way’s board, however.

In an email to four board members dated Oct. 21, Johnson spelled out many of the concerns he listed in his Oct. 26 email to the entire board of directors.

“I feel it is my duty to apprise you of red flags now because our organization is facing some very serious challenges ahead that will call on us to conquer these things together,” Johnson wrote in the Oct. 21 email, which was obtained by WCPO. “I am confident in my ability to guide this organization towards a successful future and I would like your full support.”

At the end of the email, Johnson made some requests:

• “Establish an Advisory Council” of volunteers to meet with Johnson and the United Way board chair bi-monthly “to help provide counsel and support for the next two years.” He suggested the board chair could choose three members of the group, and he would choose the other three.

• “Refine communication channels to direct Board Members to go through the CEO’s office to ensure proper direction, accountability and clarity.”

• “Authorize the CEO to hire, appoint and develop a selection process that aligns with our business objectives and budget, with input from volunteers as needed.”

It’s unclear what, if any, response Johnson received or whether he will continue to be United Way’s CEO.

“What I can tell you now is he is working with our board,” Meyer told WCPO on Tuesday. “He has not been terminated, and I otherwise don’t know about the particulars of those conversations.”

For now, Meyer said, he and the rest of the United Way staff are working to stay focused on the organization’s mission.

“Trying to move forward on how we help the families in our community that are struggling to get by,” he said.

All this uncertainty comes in the final weeks of United Way’s annual fundraising campaign, scheduled to finish Nov. 14.

As WCPO previously reported, the agency expects the campaign to have a substantial shortfall this year. The organization has warned nonprofits that their United Way funding could decrease by as much as 20 percent next year as a result.

As far as the Child Poverty Collaborative, Meyer said United Way remains an “engaged” and “supportive” partner in the work.

“The work of the Child Poverty Collaborative and United Way together on tackling child poverty rates in our community is of utmost importance and our priority going forward,” he said. “We’re going to continue to work with our partners in the collaborative to put our effort and our support behind everything we can possibly do to help our community.”

Ozie Davis, a Cincinnati Public Schools board member and community activist, told WCPO Tuesday that bigger changes must come before that work can succeed.

“This idea that we can have a reduction of poverty and create equity without disrupting the very traditional racist systems that are prevalent in Cincinnati has to be challenged,” Davis said.