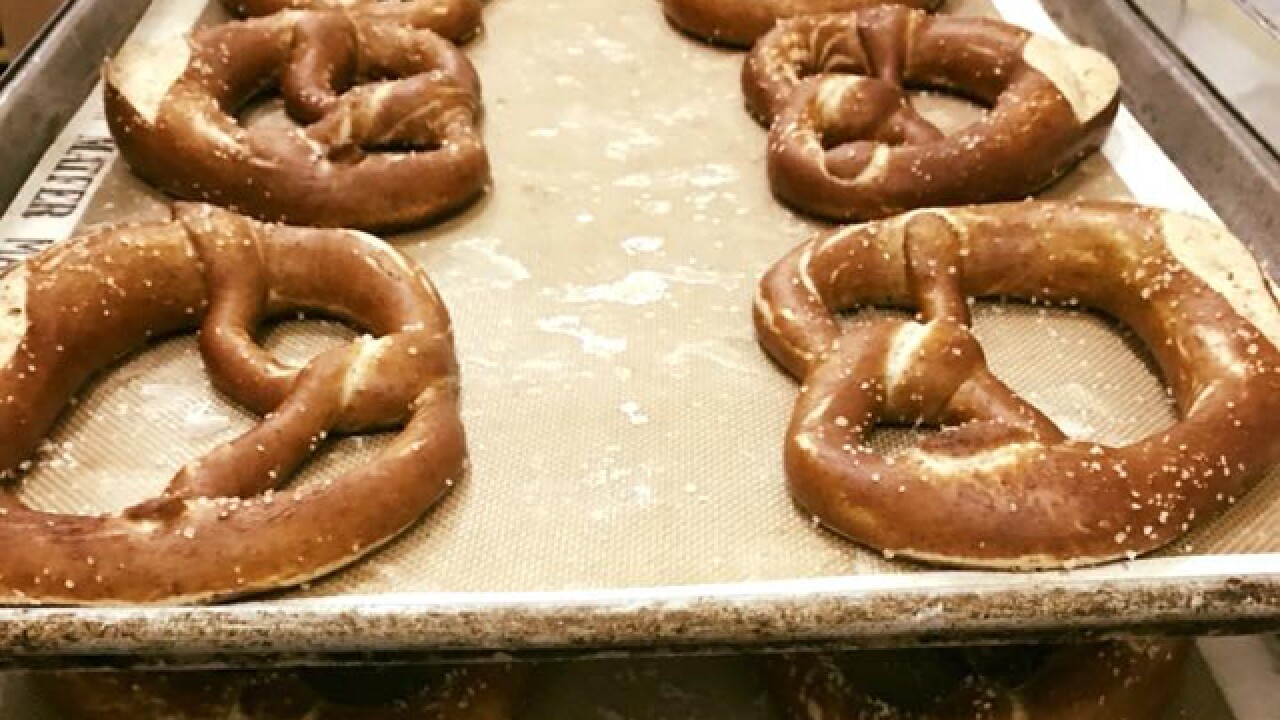 Tuba Baking Co. founder Drew Rath’s ancestors hail from Swabia, a region in southwestern Germany that is part of the state of Baden-Württemberg. Swabia borders the state of Bavaria in the southeastern corner of the country.

“I’d never seen anybody selling Swabian pretzels in Cincinnati,” Rath said. "It’s weird, because everything here is Bavarian for the most part.”

A Northern Kentucky native and former sous chef at the University Club of Cincinnati, Rath now stays home in Fort Thomas to look after his three young children and bakes pretzels out of Newport's Incubator Kitchen Collective.

Baking is in Rath’s blood — he comes from seven generations of German grain millers, and the matriarchs of his family baked, too. Being a stay-at-home dad inspired him to start baking breads in his kitchen. However, he got the idea to start Tuba Baking — he named the company for his love of brass bands — almost six months ago. He was inspired by hanging out at Fireside Pizza in Walnut Hills, where he would bake bread afterhours for fun -- “It became a party thing,” he said.

One night representatives from MadTree Brewing came in and asked him if he wanted to work on a pretzel recipe. In creating his own pretzel recipes, he translated more than 30 Swabian recipes (Swabian German is different than standard German) and considered what a Swabian pretzel must taste like. (He hasn't been to Germany yet.)

Rath described the difference between Swabian and Bavarian pretzels as Swabian having a higher fat content and containing rye (his pretzels are milled from local rye berries), as well as in how the pretzels are formed.

“When you shape Swabian pretzels, instead of going down toward the bottom, they go out to the side, and they have skinnier arms,” he said. “You have two different experiences: You get a chewy experience and a crunchy experience.”

Swabians slit the “belly” of the pretzel before baking, whereas Bavarians let the belly split on its own. Rath bathes the raw pretzels in food-grade lye, which starts the Maillard reaction (browning) and gives the pretzels a dark-brown crust once cooked.

Rath said he plans on making his own mustards and possibly putting toppings on pretzels, like cheese, Nutella, everything bagel seasonings and a few “wild cards.”

He might be one of the only local artisanal pretzel makers who is baking his soft pretzels for breweries, other establishments and special events. Starting June 6, he'll begin selling his pretzels every Wednesday at the Fort Thomas Farmers' Market.

Aside from wanting to make people aware of Swabian pretzels, Rath's other goal is to eventually open a brick-and-mortar location so he can focus on obscure German breads.

“If I had my own little bakery somewhere, I’d be beyond thrilled,” he said.