Thousands of miles from home, couple places its hopes in hands of Cincinnati doctors

Their dream: Daughter will survive to 2nd birthday 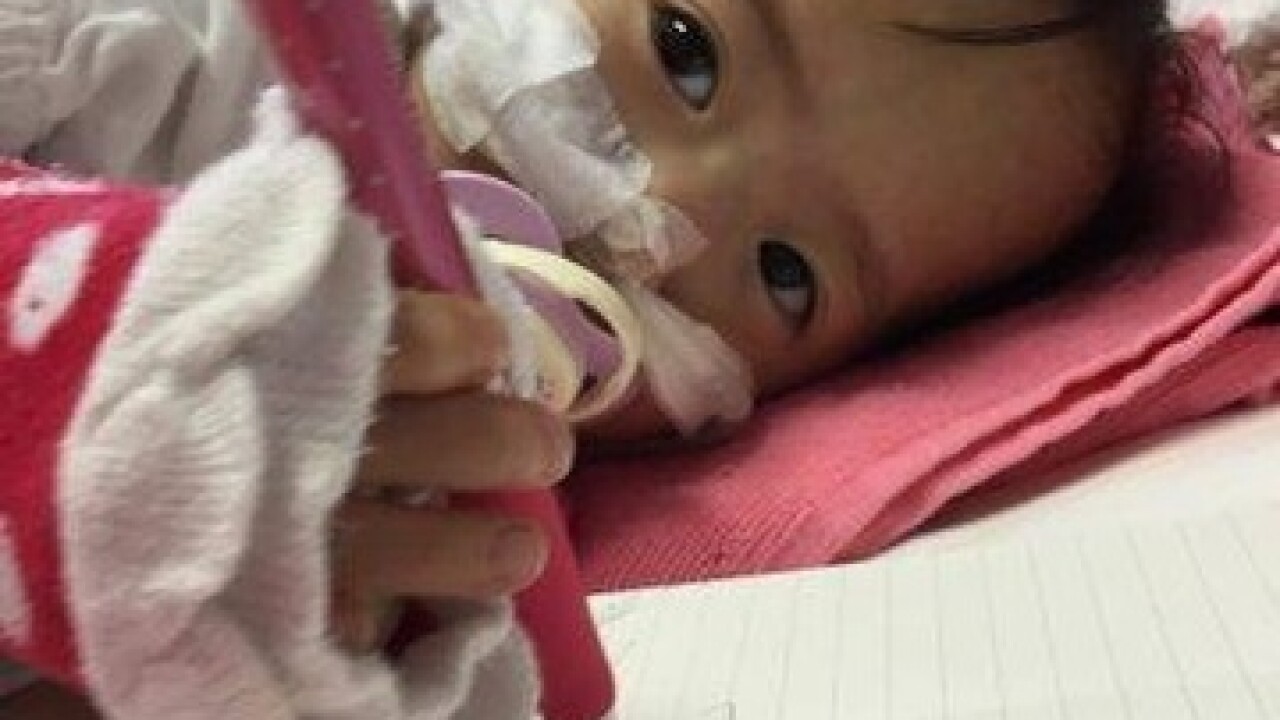 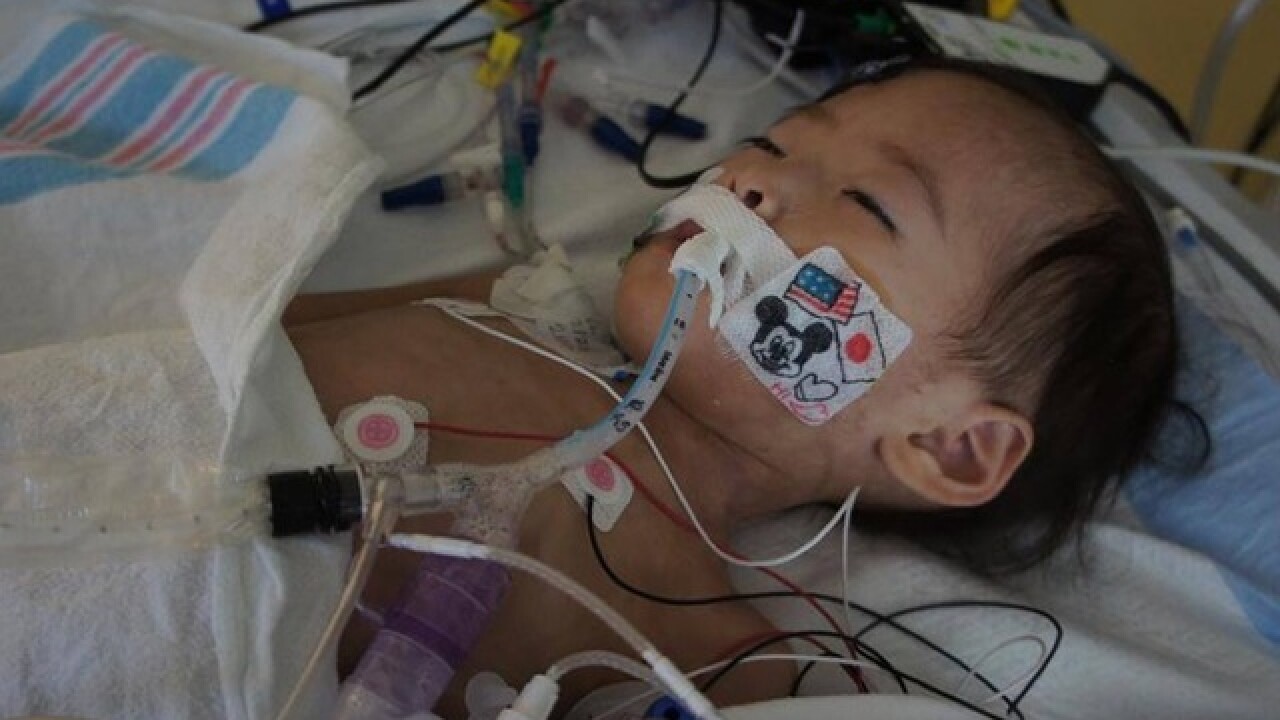 CINCINNATI -- Parents have such big dreams for their children. As dreams go, Masahiro and Kaori Kaneda want something very simple for their daughter: that she make it to her second birthday, and, after that, her third.

Suzu Kaneda's short life hasn't been easy. She and her twin sister, Saya, were diagnosed with pulmonary vein stenosis in January 2015, two months after they were born. The condition means there's a blockage in the vessels bringing blood from the lungs back to the heart. The cause isn't known, and it usually gets worse over time. In Suzu's case, it also means she needs a lung transplant.

The Kanedas' dreams for their daughter brought them thousands of miles from their home in Japan, to Cincinnati Children's Hospital Medical Center.

Anne Golden, executive director of the Japan America Society of Greater Cincinnati, waited on the tarmac with a team from Children's when Suzu and her parents arrived last week.

The flight almost turned around because Suzu is so sick; moving her from the plane took nearly 90 minutes.

"It's such a heart-wrenching story for anybody who knows about it," Golden said.

Back in Japan, the twin girls were admitted to a hospital just a month after their diagnosis. The Kanedas got to take Suzu home three months later, but Saya had to stay. She died in October.

There was little time to mourn before Suzu was back in the hospital, in early December. She went home one last time, for New Year's Eve. Then it was back to a hospital bed, her Push 'n Play replaced by an oxygen tank.

Watch Japanese media coverage of Suzu in the player below:

Part of the Kanedas' dream came true in May, when they learned Suzu would be admitted to Cincinnati Children's to be evaluated for a transplant. Children's is one of the few places that can perform the complicated procedure, Golden said. That meant Suzu's parents had to take her on a perilous flight halfway around the world, to a country where neither of them spoke the language or knew the customs. Parents will do almost anything for their children.

They haven't done it by themselves, though. The Kanedas have raised more than $2.6 million to fund the trip and Suzu's medical expenses. And in Cincinnati, a network of volunteers stands ready to help.

"Given that the family doesn’t speak much English, we wanted to try to surround them with as many Japanese speakers as possible. Of course, the medical interpreter, that’s something the hospital has to arrange. But all the other daily life things and just really having a support network here, we said that we would put together a team of volunteers and we would do our best to support the family," Golden said.

Junko Kojima, coordinating the volunteer team, said the Kanedas are humble, sincere and incredibly grateful for all the help.

"But they are really young couple," Kojima said. "And they get support by so many people."

Masahiro said he'd like raise Suzu in the United States when she gets better, Kojima said. He even plans to study English. Volunteers have offered to let the couple stay in their homes, if it comes to that, and the Kanedas have met with several volunteers while Suzu spends most of her time under anesthesia, sleeping.

"The wish is she survives, and then she gets a new lung, and then grows up happy," Kojima said.

Just getting that new lung will be a challenge. Suzu's evaluation period ends next week, and it's a critical time. She's had a stent put in her heart because of the strain on that organ. If her heart isn't strong enough, she won't even be able to get a lung transplant. If she does, recovery can take more than a year.

"So it's a long process, very, because she is getting so weak now," Kujima said.

The Kanedas know it won't be easy: Chronicling Suzu's journey on Facebook, they describe how a lung transplant is trickier than most.

"It is much more difficult than other transplants in every way, from finding a matching donor, to the operation and the after operation risks," they wrote Monday. "Heart transplantation can be done even if the donor's heart is much bigger than your heart, but for lungs, the size must match exactly. This affects the waiting time to be matched with a donor... As a result, lung transplantation is very difficult."

It became more difficult Wednesday, when doctors determined Suzu needed a risky lung bypass procedure. The surgery was successful, but what's apparent to any parent is that that the Kanedas need prayers.

"They just need to trust in God," Kojima said.

Follow the Kanedas' journey to save Suzu on Facebook. See more of Suzu's story on the couple's fundraising page.

WCPO Editorial Cartoonist Kevin Necessary drew this get-well card you can print and color for Suzu. When you're finished, mail or bring it to WCPO 9 On Your Side (1720 Gilbert Ave., Cincinnati OH 45202), and we'll make sure it gets to her family.