200 such laws are in effect across the country

Nearly 200 other cities and counties have plastic bag bans.

CINCINNATI -- During the coming year, the Sierra Club, a nonprofit environmental advocacy group, plans to lobby Cincinnati City Council to pass an ordinance intended to discourage use of disposable plastic bags.

Nearly 200 municipalities or county governments across the nation have instituted either a single-use plastic bag ban, or fee for using them, said Nathan Alley, a New Richmond attorney who works part time for the Sierra Club in Ohio.

There's interest among Cincinnati council members, he said, but so far, no commitments.

"What we've heard is that people thought the concept had merit, but they wanted to give adequate time to study it and think about it," Alley said.

City government has had discussions with the Sierra Club and other groups about plastic bag legislation, but doesn't yet have a formal position, the city's director of communications, Rocky Merz, said. Moving forward with any program would require close engagement of the mayor and council, he added.

Alley think's it's more likely the council would favor some kind of fee rather than an outright ban. He hopes the council will take up the issue sometime next year.

Meanwhile, he said, the Sierra Club plans to get the word out about the negative impact of plastic bags, as well as to distribute reusable bags in the city's low-income areas. One of the criticisms of plastic bag legislation has been that it hurts the poor, who can't afford reusable bags.

The issue of plastic bag restrictions has particular relevance to Cincinnati, because the Kroger Co., headquartered here, passes out thousands of them at its groceries.

Alley commended Kroger for offering customers bins at its stores, in which they can place their used bags for recycling. In the parking lots, the stores also typically have signs reminding customers to remember to bring in their reusable bags.

Alley formerly lived in Santa Barbara, and helped write that city's plastic bag ordinance. Approved in October 2013, it prohibited certain stores from providing single-use carryout bags to customers at the point of sale, and required a 10-cent charge for each paper bag provided.

The ban was intended to address bag litter, especially on the California coastal town's beaches. Volunteers who had worked for years cleaning the beaches began noticing that the No. 1 litter item was no longer cigarettes, Alley said, but plastic bags.

Aside from the litter they create, bags are also bad for the environment because of the process used to make them, Alley said, which depends on petroleum-based and natural gas-based products.

Alley said they are a "top-to-bottom disaster for the environment." 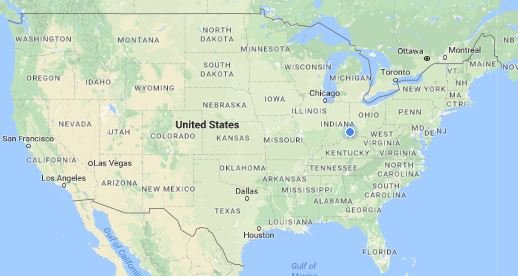 Plastic bag legislation takes many forms, with some cities requiring retailers to charge a minimum fee for each plastic bag they distribute. In some cases, retailers can keep that fee to help defray the cost of providing reusable bags.

In Washington, D.C., some of the money goes back to the retailer, but the rest goes to help the Anacostia River. It's been used to help finance installation of six trash traps in the river that have removed more than 30,000 pounds of trash.

The district's bag law resulted from a study of the Anacostia that showed disposable bags were one of the largest sources of litter on the river. For a good account of how the bag law made it through Congress, go here.

Opposition to bag laws has come from retail associations, plastic manufacturers and from ALEC, the American Legislative Exchange Council, a national organization of legislators and businesses that promotes corporate interests and conservative policies. ALEC created a model "ban on bag bans" resolution in 2015.

Opponents of bag legislation have found sympathetic ears in state legislatures, which have taken to passing laws that forbid local jurisdictions from passing bag legislation. It happened earlier this year in Indiana, where Vice President-elect Mike Pence is governor, and where the city of Bloomington was considering such legislation.

Do plastic bag bans work? It depends on whom you talk with.

For an argument that they don't, you could peruse the Bag the Ban website, which is a project of NOVOLEX, a manufacturer of plastic bags.

In some cities, such as Chicago, retailers have circumvented a ban by simply providing thicker plastic bags, intended for re-use, but that customers often don't re-use. Cities with bag ordinances typically only ban plastic bags of less than a specified thickness.

For example, in Austin, Texas, plastic bags distributed at the point of sale must have a thickness of at least 4 milliliters. Aiden Cohen, business outreach program manager for Austin Resource Recovery, says the city doesn't have a plastic bag ban at all.

"The reality is, we've set minimum standards for point-of-sale bags," he said.

The Austin ordinance, which took effect in March 2013, wasn't intended to ban thin-film bags, Cohen said, but to reduce the number of bags clogging recycling equipment, creating litter, and winding up in lakes and streams.

A June 2015 report co-authored by Austin Resource Recovery, a city department charged with reducing solid waste, showed that the ordinance had achieved a 75 percent reduction in bag waste. However, it also found that a lot of the heavier plastic bags that replaced the thinner ones weren't being re-used.

Those heavier bags are easier to manage than the light ones, Cohen said, because they don't fly about in the wind, they don't get twisted around recycling sorting equipment and people are more reluctant to trash them.

The ordinance has worked as intended, he said, and there are no plans to tweak it. He doesn't see the bag trash around Austin that he sees when he goes to other cities.

"I'm really proud of our business community for making the adjustment," Cohen said. "It seems like our community has risen to the challenge and adapted."