Right this way: Getting around Downtown will be easier with wide-scale electronic signage project 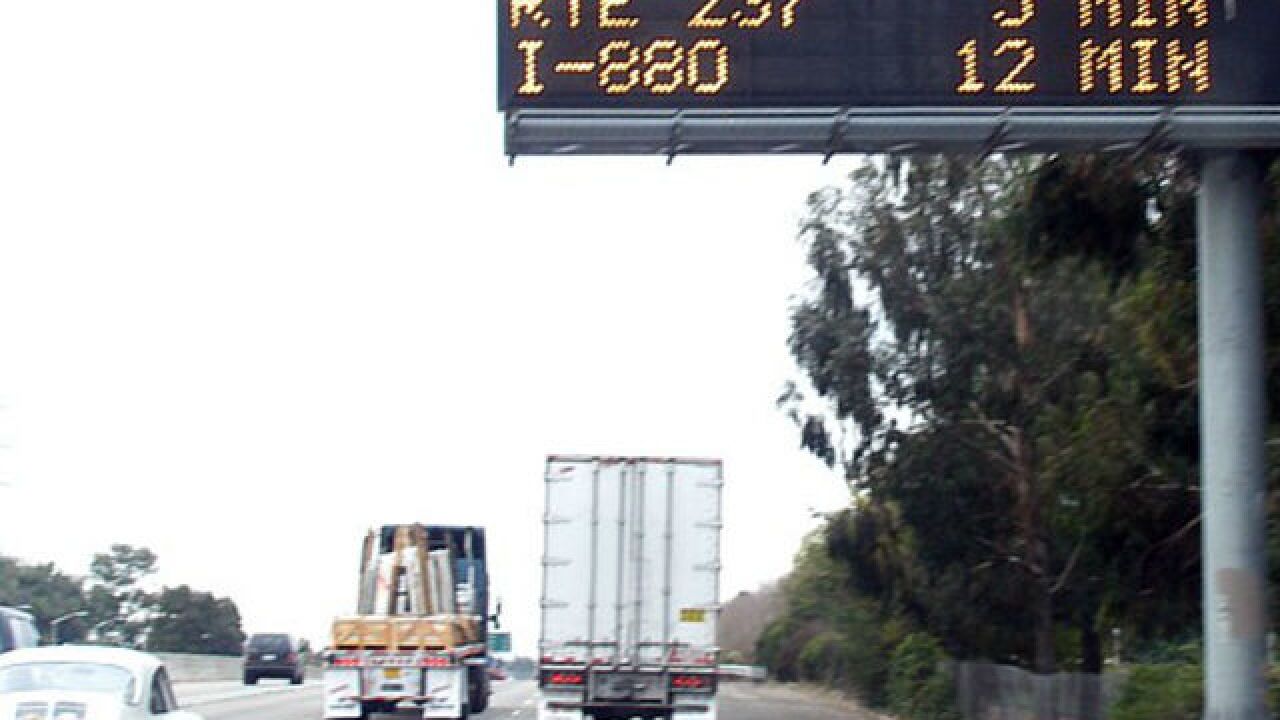 The wayfinding project, which will use electronic variable message signs along the interstates and, eventually, in parking garages, is designed to better convey directions and parking options to those visiting Downtown.

Congested Downtown traffic, especially during large-scale events including ball games and festivals, is a known issue to City Hall, which has invested in multiple projects to help get people around more efficiently and into parking spaces faster.

According to a memo regarding the project from City Manager Harry Black, the signs will “help guide drivers to readily available parking opportunities and will help reduce traffic congestion on riverfront streets.”

The project will be implemented in three phases, the first of which is already underway.

As part of the initial phase, electronic signs will be placed at key points along the shoulder of interstates 71 and 75. The signs will be used to announce traffic and parking information to drivers before they reach the Downtown area. Design of the signs will begin in the coming weeks, while construction is scheduled in 2018.

Phase two will include additional signage along U.S. 50, Second and Third streets as well as pedestrian enhancements on Second Street between Walnut and Main streets. A pedestrian rail will be installed similar to the one on the south side of the street.

“The rail isn’t needed on a daily basis, but when you have a big event and a large swarm of people, the railing is helpful to keep people on the sidewalk and out of traffic,” Beck said.

Phase three will include parking inventory signs, which will be installed at the entrance points to city and county garages. The signs will display the number of spots still available in the garage in real time.

The second phase, expected to begin construction next year, is being funded by the Ohio-Kentucky-Indiana Regional Council of Governments (OKI) through a $4 million grant and an additional $1 million divided evenly between the city and county. The grant is part of the recently announced $77 million in grants to be distributed to 42 transportation projects in the region by OKI.

“It is a solid plan that compliments the investment already made at The Banks,” said Bob Koehler, deputy executive director of the OKI Regional Council.

“This will allow us to optimize the parking situation through use of signage detailing what parking is available and where it is located.”

Each project funded by OKI went through an extensive review and scoring process that evaluated criteria including cost, feasibility, impact on community and assurance of success.

“The whole purpose of this project is to help traffic flow. This isn’t something we came up with overnight,"  Beck said. "The Cincinnati Department of Transportation and Engineering have been hatching this concept for quite awhile. This is a technology OKI is very supportive of. They are excited about this project, and they city is excited about it."

“These projects form a comprehensive network that will improve the region’s economy and quality of life,” said OKI’s CEO Mark Policinski. “They solve important roadway problems while also funding transportation options like bike and pedestrian paths, which communities consider a must-have rather than a nice-to-have. The environment, economy and safety of our region will be advanced by these wise expenditures.”

OKI has final authority over federal dollars spent on surface transportation in the region. Each year, OKI approves roughly $40 million in funding for projects.