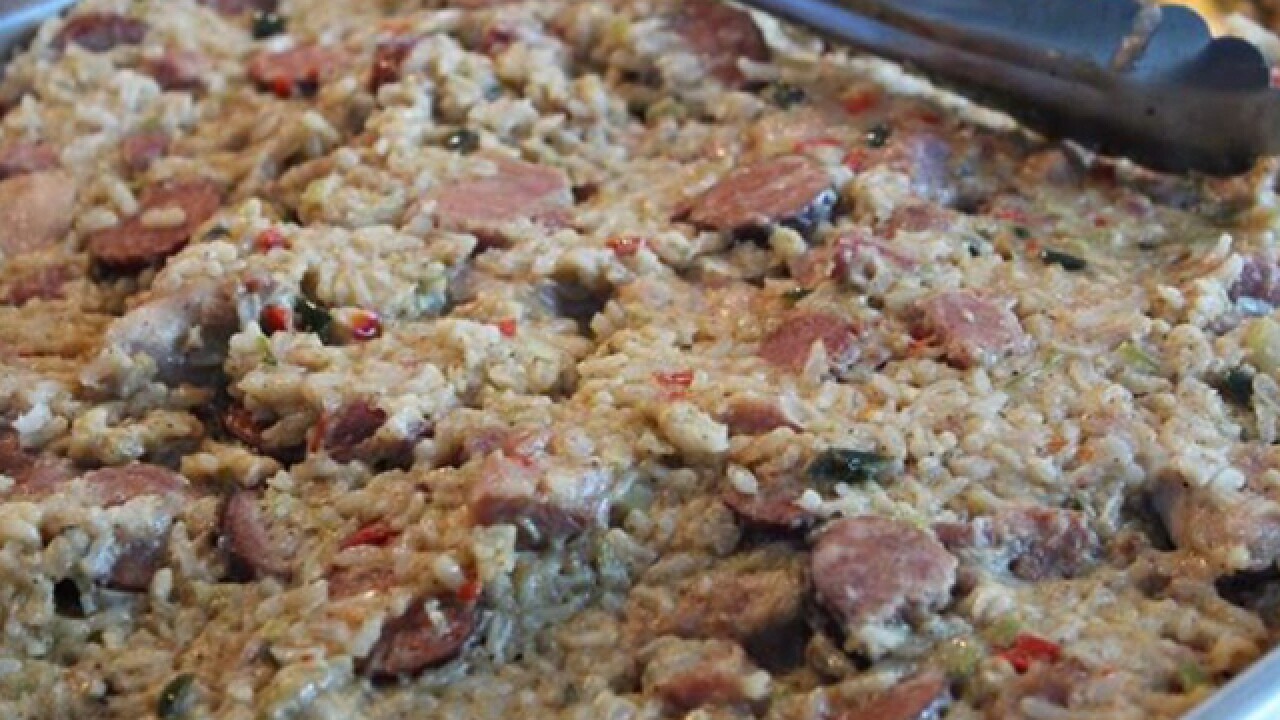 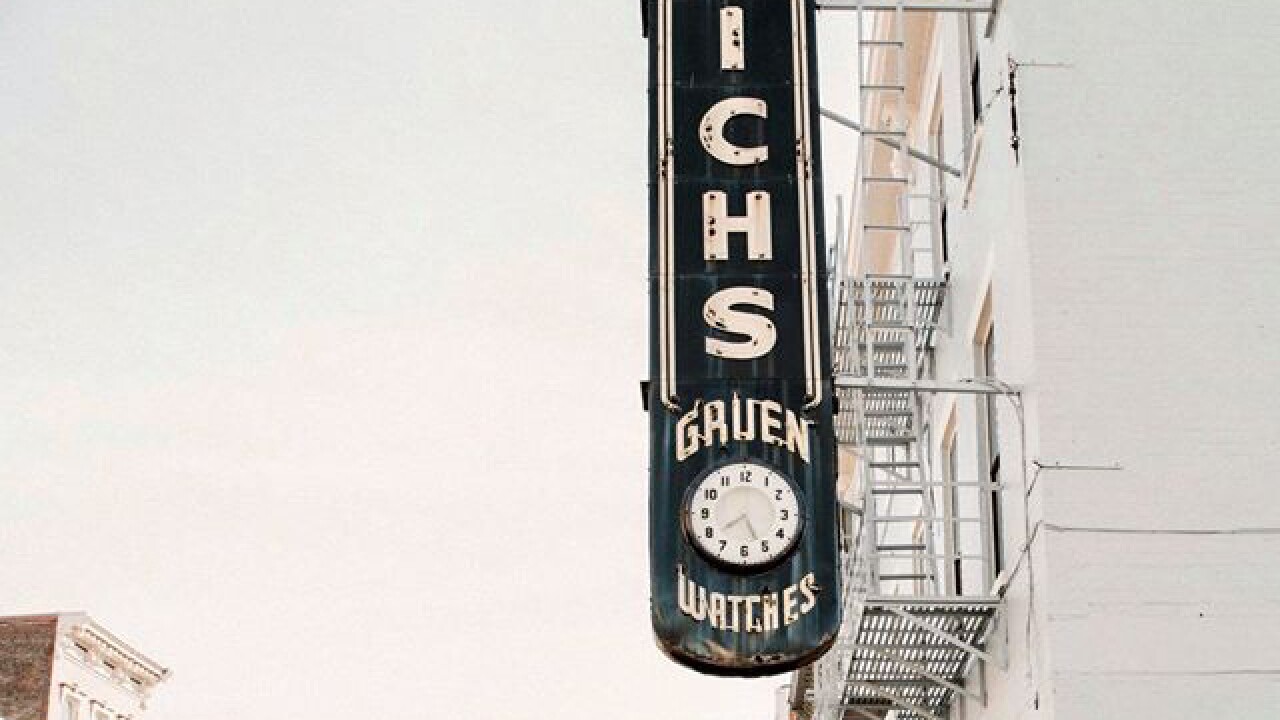 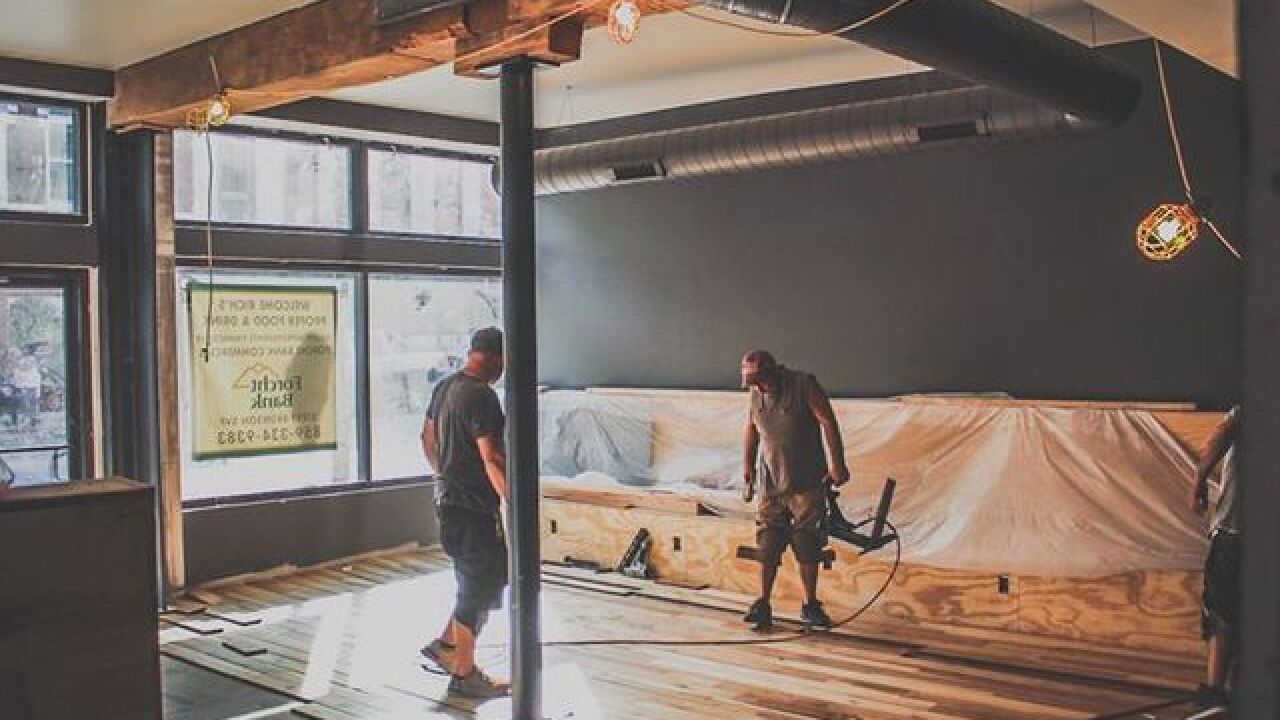 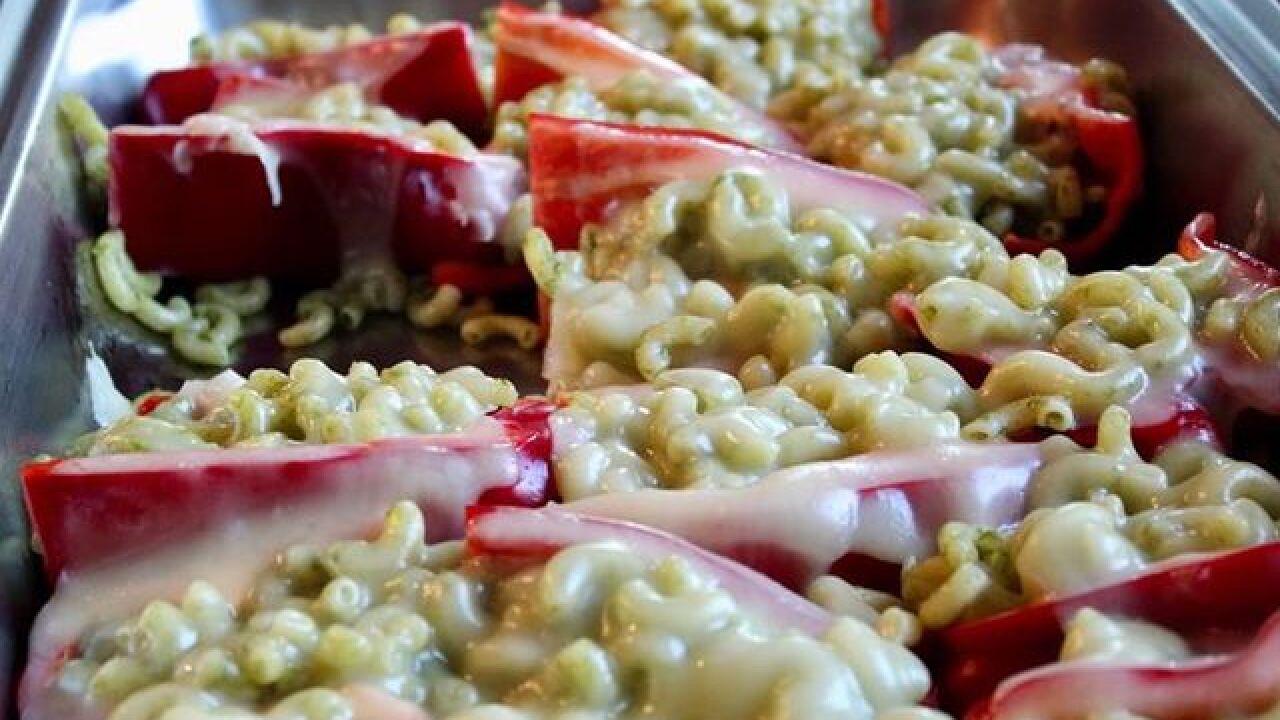 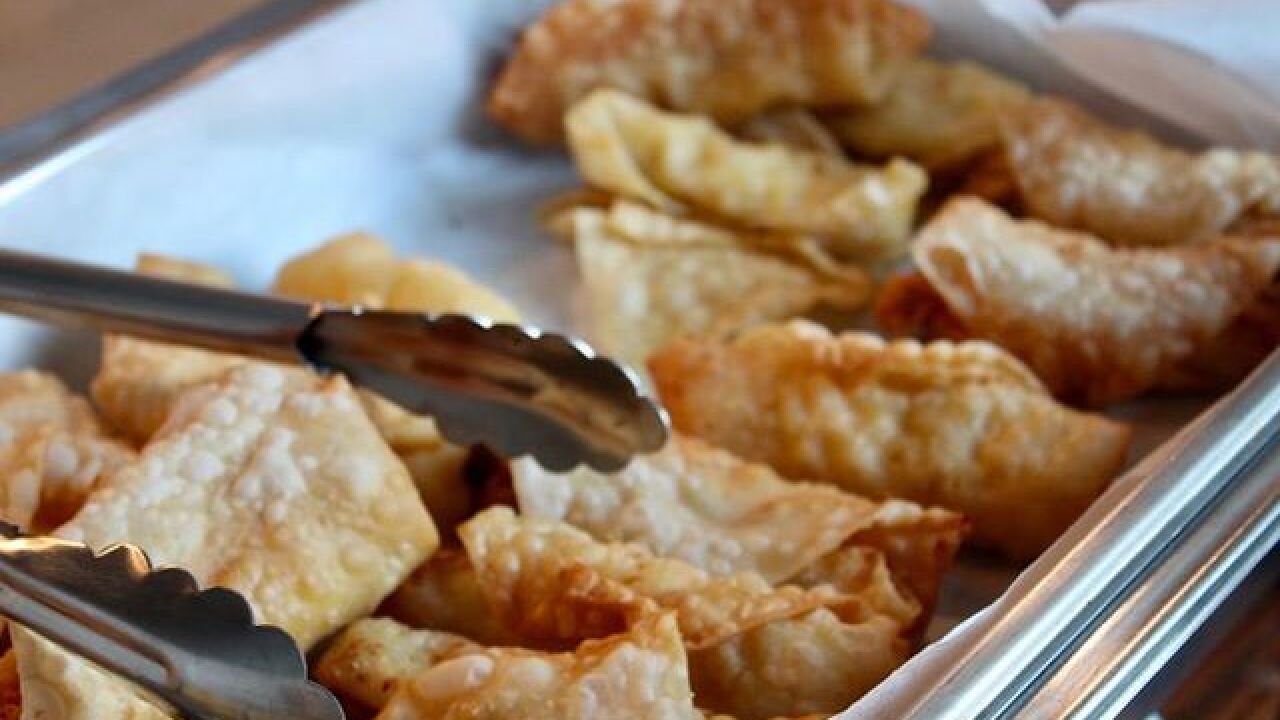 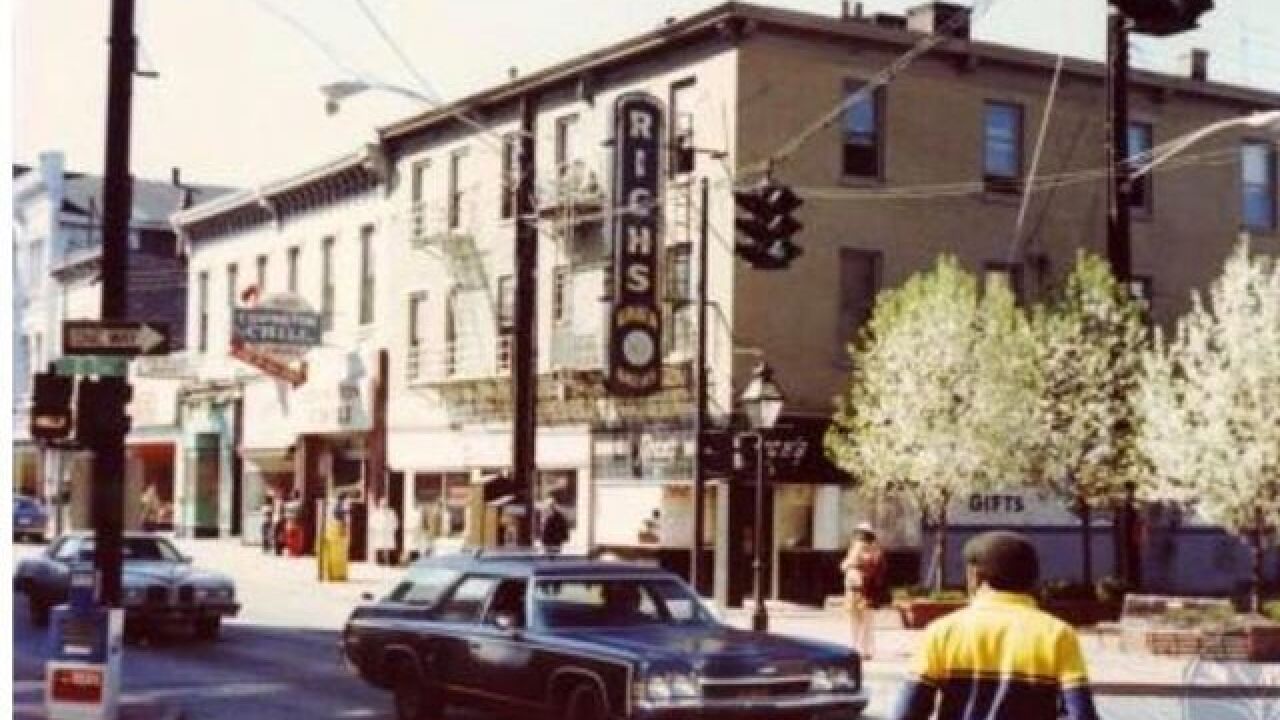 COVINGTON, Ky. -- When Bill Whitlow moved from Lexington to Covington in 2012 to help open Mainstrasse cocktail bar Wiseguy Lounge and its downstairs neighbor, Goodfellas Pizzeria, he couldn't have known he would be opening his own establishment 6 1/2 years later. But it was on his radar.

At the end of 2017, Whitlow and his wife, Morgan, considered their options.

"I've helped Goodfellas open four restaurants and oversaw them and kind of thought it was time to start looking to do something on my own," said Whitlow, who has consulted on the opening of a dozen restaurants and bars.

Rich's Proper Food and Drink, located at 701 Madison Ave. in Covington, will host its grand opening on Nov. 10. The fast-casual eatery occupies a retail storefront that until the 1950s was Rich's Gruen Watches, a famous high-end watch company that thrived in Cincinnati from the late 1800s to mid-century. The antique sign is all that's left of the shop's history, and Whitlow is currently restoring it back to its neon glory.

During Rich's interior demolition, construction crews found tin tiles under a dropped ceiling and exposed brick behind plaster. The bar top is made from bowling alley lane wood, and the 60-person indoor dining room contains banquettes and a semi-exposed kitchen.  Outdoor space will accommodate 80 people.

"We have redone this place, down to studs and everything," Whitlow said.

The industrial modern style can be seen in the light-filled bar and the bathrooms, which contrast the light with a darker atmosphere. Construction headaches delayed the opening, such as when the Whitlows were in the process of lowering the basement to install the office, prep kitchen and food storage and February's heavy rains flooded the space.

The building's historic nuances will dovetail with the restaurant's menu of old-world Creole and Southern cooking and 100 to 200 kinds of bourbons, including vintage ones.

Whitlow hired chef Tom Hull, who previously was the production manager and head brewer for Christian Moerlein and before that the general manager for Rivertown Brewery. Hull also did kitchen stints in chain restaurants. The two became friends when Whitlow moved to town, so much so that last November, Hull officiated Whitlow's wedding.

Though Hull dislikes the term "American pub" -- he said it's not a real thing -- he described the menu as "American pub food with a Southern and Creole flair to it."

"It's more of an identity, which I like, but it still gives us a nice varied menu," he said. "There's something for everyone on there."

Hull grew up cooking, and to him Creole cuisine is "a philosophy of focusing on ingredients that are available to you at a good cost." For instance, his jambalaya doesn't contain shrimp, because it's not affordable. Instead, he uses chunks of country ham.

"Tom makes the best jambalaya that you'd ever had," Whitlow said.

Alongside Hull's soon-to-be-famous jambalaya, the menu will feature oysters from all coasts; oysters Rockefeller; a basket of deep-fried "popcorn" chicken thighs, with pickled Brussels sprouts, country ham and pickle chips; po' boys; a salad mixed with a fruity Hurricane-like vinaigrette -- "It's literally like you have a Tiki drink as a salad," Hull said -- and egg rolls stuffed with mac 'n' cheese.

"Everything here is going to be from scratch: sauces, dressings, seasonings," Hull explained, "just like if you were anywhere farther down South, going into any real Southern kitchen."

Hull will even make his own Creole seasoning and hot sauce, which will have less heat and more fruitiness to it than a typical Louisiana sauce.

"The goal was basically to do something unique that doesn't match anything that's been done around here without having to pigeonhole us into one specific style of cooking," Hull said.

As for the eatery's name, yes, it's named after Rich, whom Whitlow thinks was the owner of the watch shop but doesn't know for sure. Two restaurants in Miami inspired the rest of the title: Michael's Genuine Food and Drink and Proper Sausages.

"Rich's Proper Food and Drink just kind of made sense to us," Whitlow said. "We can make a proper Old Fashioned. We really just liked the way the word proper sounded."

The restaurant joins the expanding Duveneck Square, which has seen the openings of Alto Pizza Kitchen and Peppe Cucina in the past few months. But Whitlow doesn't see those eateries as competition.

"I'm more of a 'rising tide raises all ships' kind of person," he said. "This area has a lot of very specific-style restaurants -- tacos, Asian, the nice Hotel Covington. But we wanted to be a little more simple."

Whitlow and Hull live in Covington and said they like the idea of being more a part of the community.

"It's all people who in one way or another have over time managed to find themselves, but in a way it's never what anyone was expecting," Hull said about the residents in Covington's eclectic restaurant and bar scene.

Once Rich's neon sign shines again, it'll illuminate the neighborhood in more than one way.

In its heyday, Whitlow said, Madison Avenue was the hot spot in town where everyone shopped and ate.

"It was vibrant," he said. "It hasn't been (like that) for a long time, so I'm loving what's happening."