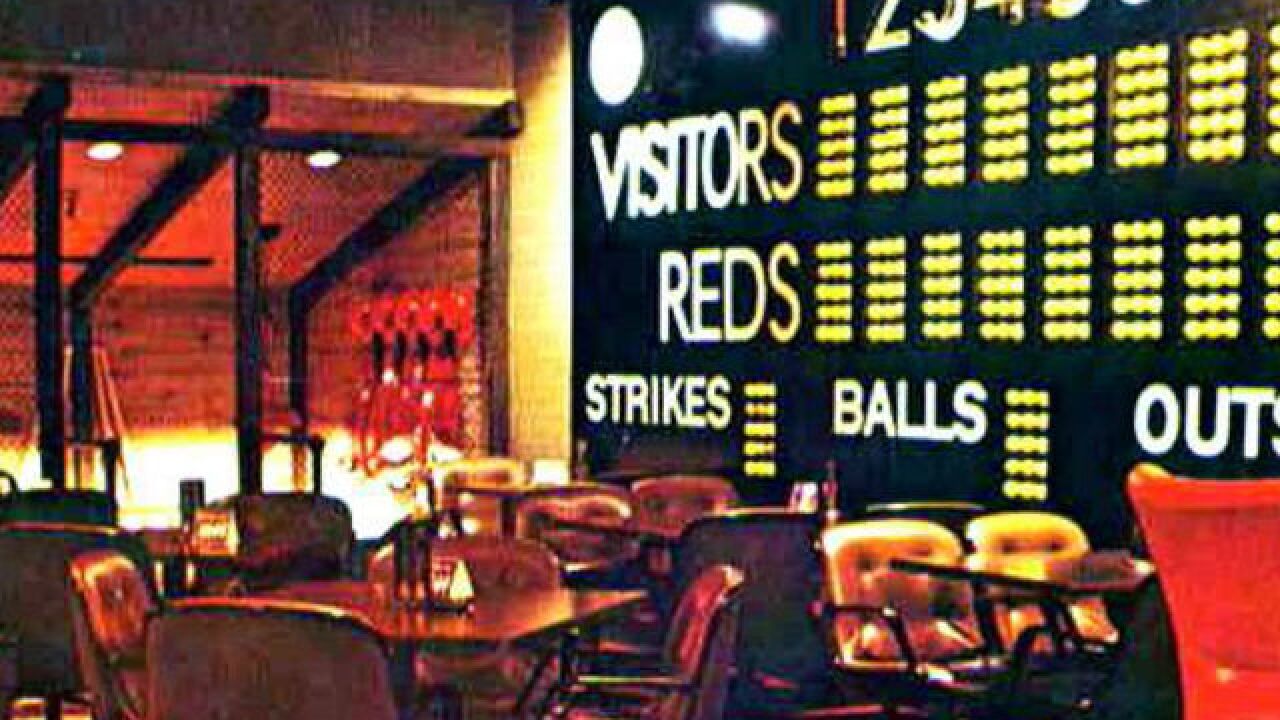 Copyright 2018 Scripps Media, Inc. All rights reserved. This material may not be published, broadcast, rewritten, or redistributed.
<p>Johnny Bench’s Home Plate restaurant featured a lounge area complete with lighted scoreboard. The dugout area can be seen in the background. Nonetheless, the food was no mere sports bar fare. (Photo provided)</p>

CINCINNATI -- When it comes to celebrity endorsements, some make more sense than others.

But who better to partner with a restaurant than a man who crouched behind a plate 162 games a year? Especially when that man was a member of the Cincinnati Reds' Great Eight.

At the height of the Big Red Machine mania, Reds catcher Johnny Bench cashed in on his celebrity and position with the opening of Home Plate, a swanky restaurant on the corner of Colerain and Springdale avenues, just outside of Northgate Mall. He opened a second restaurant, Homestretch, in Florence soon after.

"I worked there from the beginning -- I was a busboy and then became a waiter. I made many friends that I'm still in contact with today. It was a fun place to work, and we had many great times," said Linus Diedling, who worked at the restaurant from 1977 to 1979. "Several of us were there for the transition to Prime 'n Wine, but it wasn't the same.

"I do recall one time Johnny Bench came in. I was 16. He snapped his fingers at me for service. I went right up to him and said I thought I deserved to be treated with more respect. He looked at me and smiled and apologized. I thought that was cool."

Bench's sports celebrity was apparent not only in the restaurant name but also in the interior design, which capitalized on his Reds relationship. Diners were immediately greeted by a wall-size version of the well-known photo of Reds pitcher Will McEnaney and Bench celebrating after the final out of the 1975 World Series. Lockers, baseball gear and photos of Bench in action lined the entranceway, and few could pass up the opportunity to sit in the oversized catcher's mitt chair.

"If you were a kid in southwestern Ohio in the 1970s and you could eat anywhere you wanted, the answer was clear: Johnny Bench's Home Plate," said Jonathan Daniel, who writes a blog dedicated to '80s baseball. "I don't remember a whole lot about the restaurant except that there was a huge catcher's mitt chair in the lobby. At my age, it could easily swallow me up, and it was a must-do each time we visited."

The Reds theme continued into the bar area, where a handful of tables were situated in a sunken dugout area complete with batting helmets and warmup gear. A Reds vs. Visitors scoreboard -- scoreless -- lit the remainder of the ritzy lounge area with posh captain's chairs.

Despite its baseball-themed moniker, the remainder of the restaurant paid tribute to Cincinnati's other sports teams. Bengals merchandise dominated the main dining area that included stadium-like tiers, while the other rooms featured Stingers hockey and generic basketball themes. Sadly, the Cincinnati Royals basketball team didn't survive long enough to be included.

This was no sports bar, however. The menu skipped wings and mozzarella sticks for finer fair, including steaks, prime rib, ribs and even snails bourguignonne. Although many came for dinner, some came for the chance to meet baseball's best catcher or his famous friends. As the advertisements said, you never knew who you were going to meet there.

"My dad took our family there one day after a game. We saw some Reds personnel eating at a table close to ours, including Joe Nuxhall. Joe came over and said hi and told us kids to eat our vegetables. I'm pretty sure my dad set that up, but it was cool," Greg Mann wrote in an online post about the restaurant.

Bench even helped in the kitchen on occasion, according to Bruce Fields, who worked there for two years.

Homestretch restaurant closed by late 1978. The Home Plate location was closed soon after when Frisch's offered to purchase both locations and reopen them as part of the Prime 'n Wine franchise. The Northgate location went on to become a TGI Fridays, while the Florence building is now an Olive Garden.