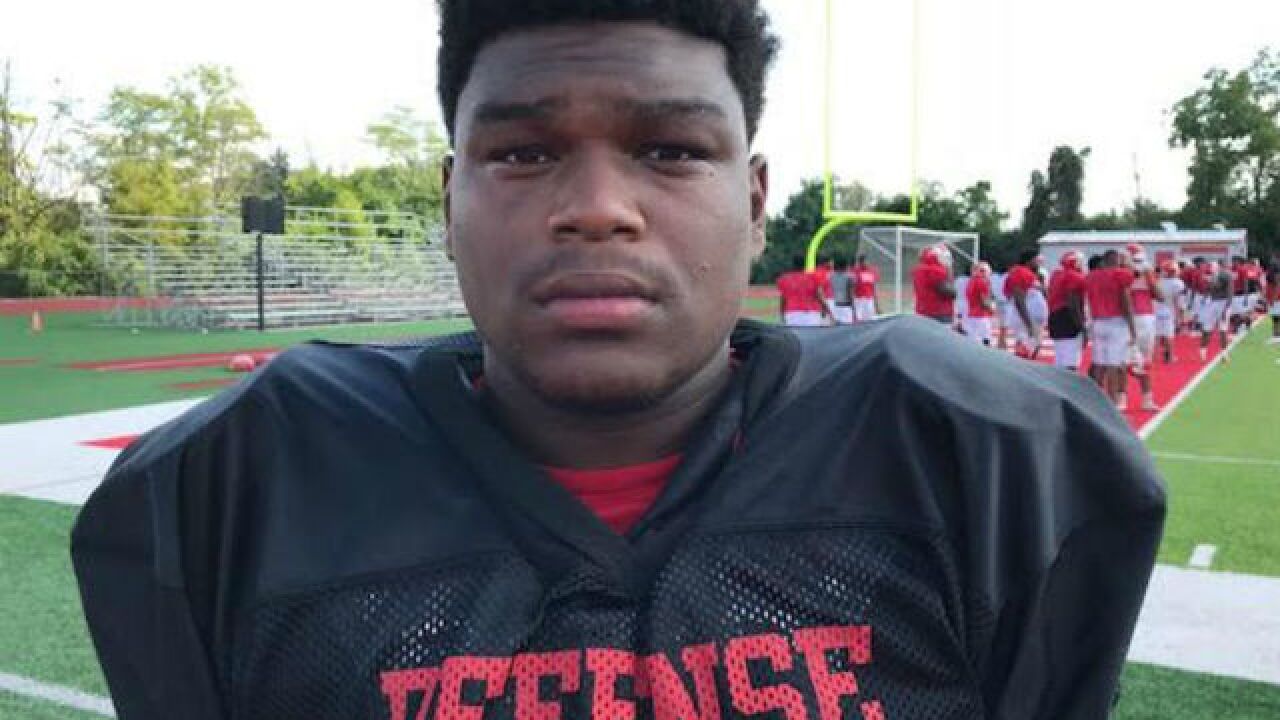 Copyright 2018 Scripps Media, Inc. All rights reserved. This material may not be published, broadcast, rewritten, or redistributed.
<p>Princeton junior defensive end Darrion Henry is ranked the nation's No. 48 player overall in the 2020 class in the 247Sports Composite. He's the No. 2 player in Ohio in his class. (Photo by Mike Dyer)</p>

The result won't define Princeton's season. However, the game can certainly be a good barometer for the Vikings.

"We're grinding right now," Henry said at practice Tuesday. "Colerain is nothing we really haven't seen. It's not a big difference in the teams we've played. We're coming."

Princeton (2-0) plays at Colerain (2-0) in the Greater Miami Conference opener for both teams at 7 p.m. Friday.

Colerain, ranked No. 24 nationally by the MaxPreps Freeman Rankings, has won 18 consecutive GMC titles and could tie Princeton for a conference-best 19 this season. Their season is off to a good start: They defeated St. Xavier and La Salle the first two weeks and feel like they are battle tested entering the GMC.

Defensively, the Cardinals have been solid with the likes of senior linebacker Luke Bolden (14 tackles, two interceptions), junior defensive back Deshawn Pace (12 tackles) and sophomore linebacker Michael Bess (12 tackles), among others.

"We're fortunate enough to play two quality opponents and to be 2-0 after that," coach Tom Bolden said. "So I think our kids are playing with a lot of confidence. We know we've been tested. I like our 2-0 better than their 2-0, to be honest with you."

The Vikings haven't defeated Colerain since 1997 when Vince Harrison was the quarterback and Pat Mancuso was the Princeton coach.

Still, there is plenty of optimism around the Princeton program led by second-year head coach Mike Daniels, a former standout at the school who starred at the University of Cincinnati. He said Friday night has "huge ramifications" behind it.

The Vikings are fronted by a number of statistical leaders, including senior Hosea Hairston, who has 245 yards passing and four touchdowns along with 25 carries for 166 yards.

Hairston admits Colerain is still the team to beat in the GMC, but he likes the culture from within the Vikings' program. He said Daniels has established a brotherhood among the players.

Hairston, who has scholarship offers from Bowling Green and Toledo, said Princeton has maintained the ‘Us versus the world' mentality.

"We're not going to listen to the outsiders. We're going to focus in on our own little situation in the locker room and on and off the field."

In Week 2, the Vikings led 36-6 at halftime and limited Withrow to just two first downs for the game.

Daniels said the Vikings take a great deal of pride in their defense.

"We've got guys playing really good," Daniels said. "This is the biggest test, obviously, and so we look forward to it."

Wimpye said Daniels has encouraged the Vikings to be well-conditioned for the season. He hopes it pays off Friday night.

"This game Friday is going to be the biggest game of my life," Wimpye said. "I'm going to go hard and go all out."

WCPO will have game highlights and scores from across the Tri-State during our Friday Football Frenzy coverage every Friday night at 11 p.m.