Priced out of living in Over-the-Rhine? Walnut Hills has moderately priced apartments now 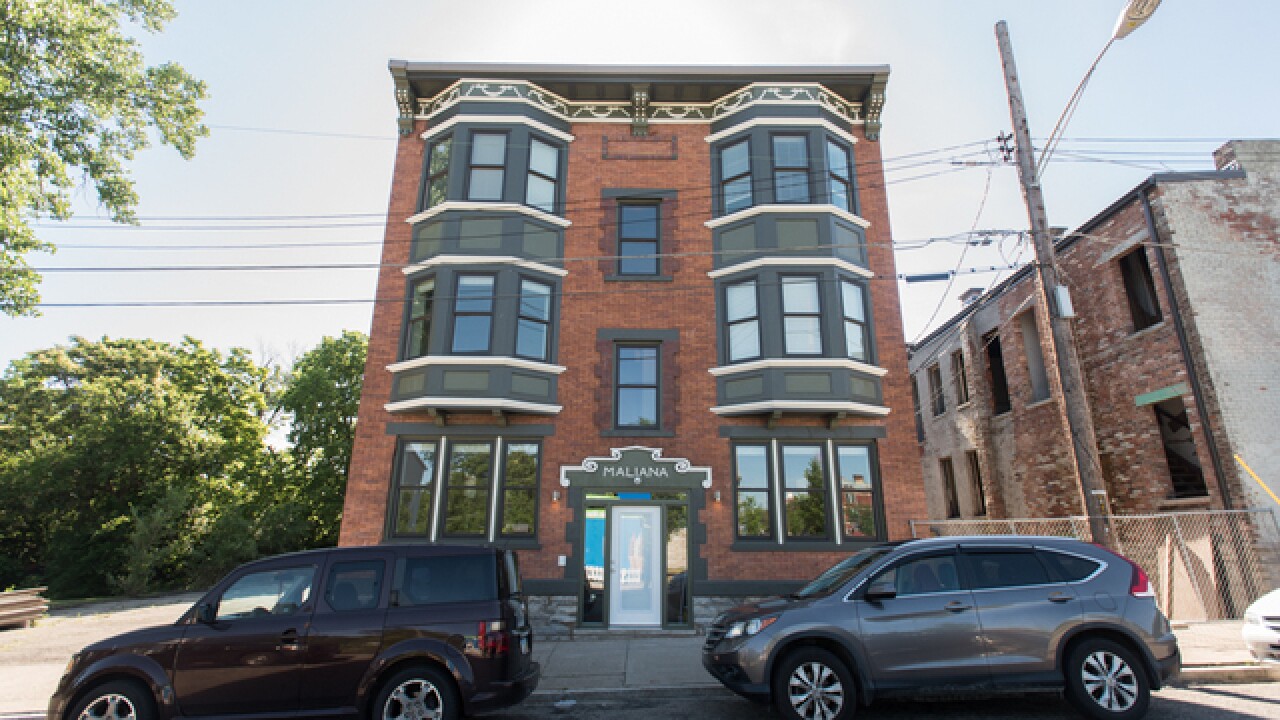 Copyright 2017 Scripps Media, Inc. All rights reserved. This material may not be published, broadcast, rewritten, or redistributed.
Phil Didion
The Malliana building on Chatham street in Walnut Hills has been restored into a 6-unit apartment building. Phil Didion | WCPO Contributor

CINCINNATI -- Renters with $2,000 to spend a month or buyers with $500,000 or more burning a hole in their bank account have no problem joining the resurgence of urban living in Cincinnati.

But many people making a more modest living have been priced out of places like Over-the-Rhine or settled for subpar accommodations.

That gap between low-income and luxury housing just got a little smaller with the opening this month of the Maliana apartment building in the heart of Walnut Hills.

The Maliana Italianate-style masonry building was built to last in 1888. But it had been vacant for 20 years, bordering other grand old buildings that had fallen into desperate circumstances, bordered by weed-strewn vacant lots.

The Walnut Hills Redevelopment Foundation bought the Maliana and adjacent buildings from the city of Cincinnati several years ago, and their first try at rehabbing them ended with a developer giving up.

But South Block Properties, the growing developer known for creating The Littlefield in Cincinnati's Northside neighborhood, successfully rehabilitated the Maliana over the last 2½ years.

"It is crazy how the rental market has skyrocketed in Cincinnati, especially in Over-the-Rhine. I think we're lucky in Walnut Hills that the market hasn't hit that level yet," Clare Norwood, South Block's project manager, said.

"We didn’t have to skimp on any details. We used the same cabinets and hardware as in our market-rate homes that we sell. All the units have a dishwasher, five-burner gas stove, built-in microwave," she said.

South Block co-owner Michael Berry said his team was able keep rents moderate by doing a lot of the work themselves rather than hiring a general contractor.

All six units were leased before they were ready for tenants, rented by people excited about the transformation of Walnut Hills.

Directly across the street, an overgrown littered lot was transformed into Green Man Park, modestly sized but inviting with park benches, native perennial plants and an ice cream stand.

South Block is in the midst of renovating the adjacent 771 and 772 McMillan, which will bridge a gap of renovations between Maliana and Fireside Pizza in a former fire house.

"I think your street view is going to look radically different in a year," Norwood said. "We'll have a lot more foot traffic than there is now. It's exciting. There is so much happening in Walnut Hills. It's great."

She credited Walnut Hills Redevelopment Foundation and community leaders like Kathryne Gardette for making the neighborhood a good place to take on big projects like bringing long-vacant buildings back to life.

"We hope to keep working with them to bring this vision to fruition," Norwood said.