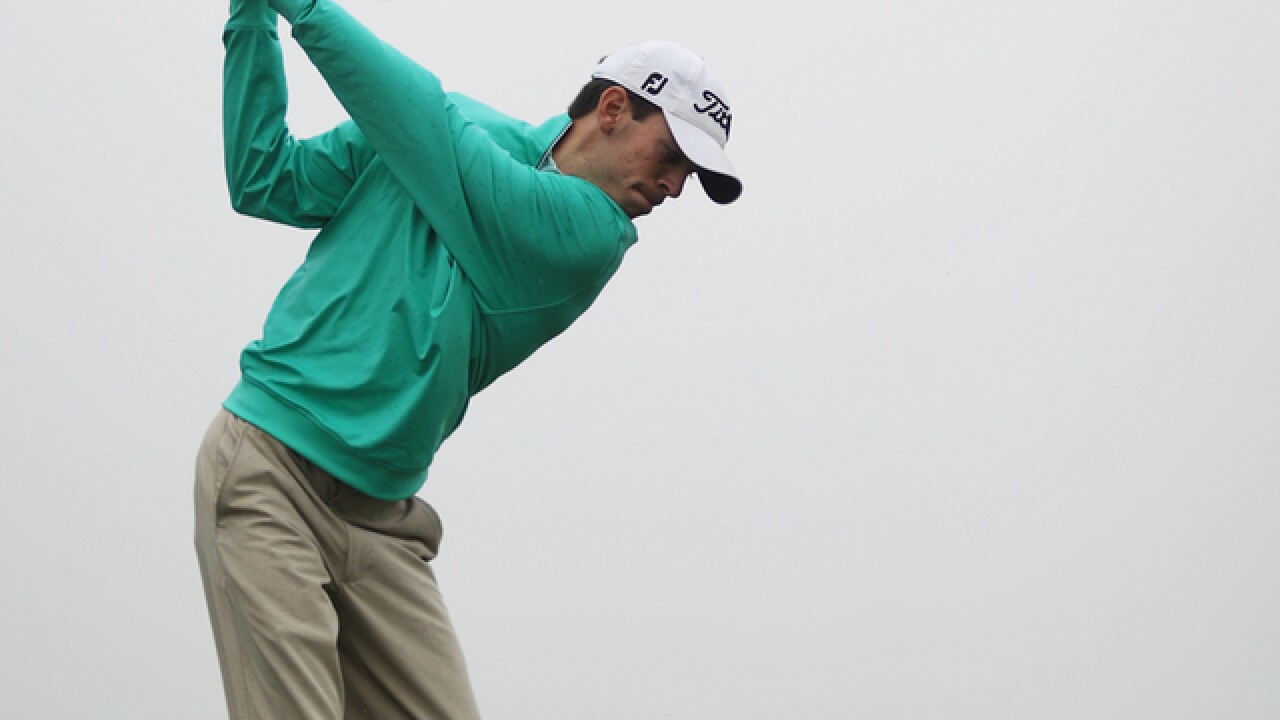 Copyright 2018 Scripps Media, Inc. All rights reserved. This material may not be published, broadcast, rewritten, or redistributed.
Mike Ehrmann
<p>SOUTHAMPTON, NY - JUNE 13: Will Grimmer of the United States plays a shot from the 12th tee during a practice round prior to the 2018 U.S. Open at Shinnecock Hills Golf Club on June 13, 2018 in Southampton, New York. (Photo by Mike Ehrmann/Getty Images)</p>

CINCINNATI -- Hi everyone. It’s Wednesday, June 27, and another hump day is upon us. Here’s some sports news you should know for today.

1. On this date in 1986, San Francisco Giants rookie Robby Thompson set a major league record when he was thrown out stealing by the Reds four times in a single game. Reds catcher Bo Diaz gunned out Thompson in the fourth, sixth, ninth and 11th innings. The Giants beat the Reds 7-6 in 12 innings.

2. Mariemont’s Will Grimmer leads qualifying at the Cincinnati Met Golf Championships. Qualifying took place at Triple Crown and Oasis. Grimmer shot an 8 under par 64 at Oasis with four birdies on both sides.  Many golfers didn’t finish their first 18 holes because of weather conditions. The 36 holes of qualifying will determine the top 64 golfers for match play.

3. The Reds have started a new winning streak after beating the Braves 5-3 on Tuesday night. Matt Harvey had another solid start. He pitched six-hit ball into the seventh inning.

4. Jesse Winker, who popped out in a clutch situation in Monday’s extra-innings loss, had three hits and two runs batted in for the Reds. The team has won eight of its last nine games.

5. Amir Garrett bailed Harvey out of a jam to end the seventh inning, but Garrett had to leave the game in the eighth after he was hit on the side of his left leg by a hard ground ball. X-rays proved negative.  Raisel Iglesias notched his 14th save.

6. The Reds will try to win the series today. Luis Castillo will start for the Reds.

7. The Reds are moving Brandon Finnegan to the bullpen in Louisville. Starting hasn’t been successful for Finnegan. He has a 7.24 ERA at Louisville. Dick Williams, the Reds’ president of baseball operations, said Finnegan was “very receptive” to the new role.

8. FC Cincinnati will play tonight in Toronto. Cincinnati is the Eastern Conference leader; Toronto is in last place with eight straight losses.

9. At the World Cup: Serbia will meet Brazil and Switzerland will play Costa Rica in Group E.  South Korea will play Germany and Mexico will meet Sweden in Group F.

Hope today is an ace for all of you. You can e-mail me at jpopovich@wcpo.com.