Popo in 9: Mariemont High School grad Will Grimmer will tee off today in U.S. Open 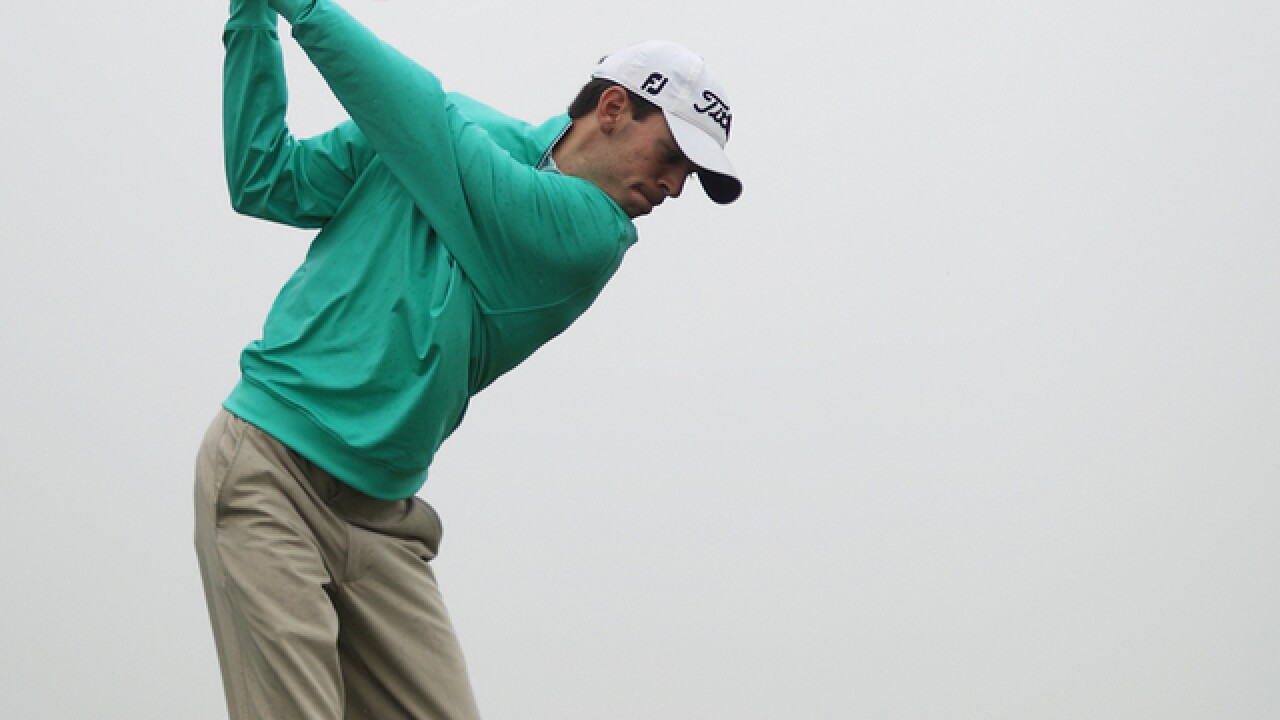 Copyright 2018 Scripps Media, Inc. All rights reserved. This material may not be published, broadcast, rewritten, or redistributed.
Mike Ehrmann
<p>Will Grimmer of the United States plays a shot from the 12th tee during a practice round prior to the 2018 U.S. Open at Shinnecock Hills Golf Club on June 13, 2018 in Southampton, New York. (Photo by Mike Ehrmann/Getty Images)</p>

CINCINNATI -- Good afternoon, everyone. It’s Thursday, June 14. Mark down this day: The Cincinnati Reds just finished a two-game sweep. More on that in a minute. Here's other sports news to know today.

1. The U.S. Open begins today at Shinnecock Hills Golf Club on Long Island. Mariemont’s Will Grimmer will tee off at 2:31 p.m. FS1 will have coverage at that hour.

2. The Reds beat the Royals 7-0 on Wednesday to complete a two-game series sweep. The Reds scored a couple of runs in the seventh inning, and Adam Duvall put it away with a grand slam home run in the ninth. That’s the second slam for Duvall in two weeks.

3. Tyler Mahle pitched into the seventh inning and allowed only three hits. He had a nice stretch in which he retired 12 of the 13 batters he faced. That’s the fifth win for Mahle. He’s 2-0 in June.

5. The Reds are off Thursday night. They begin a weekend series in Pittsburgh on Friday night.

6. FC Cincinnati and Bethlehem Steel FC played to a 2-2 draw in front of 22,000 fans at Nippert Stadium on Wednesday night. There was an exciting stretch of play in which three goals were scored in the span of three minutes midway through the second half. FC Cincinnati will be back in action Saturday night, again at Nippert Stadium. They will host the Richmond Kickers at 7:30 p.m.

7. The Florence Freedom started its nine-game homestand by sweeping a doubleheader against the Windy City Thunderbolts 7-5 and 3-0. The Freedom and the Bolts will play again Thursday night in Florence.

8. A giant of women’s basketball has died. Basketball Hall of Famer Anne Donovan won a national championship at Old Dominion and then a couple of Olympic gold medals in the ’80s. Donovan was only 56 when she died, and her family said she died of heart failure.

9. On this date in 1965, the Reds’ Jim Maloney struck out 18 and no-hit the New York Mets for 10 innings. But then Johnny Lewis led off the 11th inning with a home run, and the Mets beat the Reds 1-0. Imagine a starting pitcher still throwing into the 11th inning today.

Give it your best on this Thursday.  I’ll see you again tomorrow. You can follow me on Twitter at @popo_wcposports.