Popo in 9: Five years ago, Bailey threw his second no-hitter 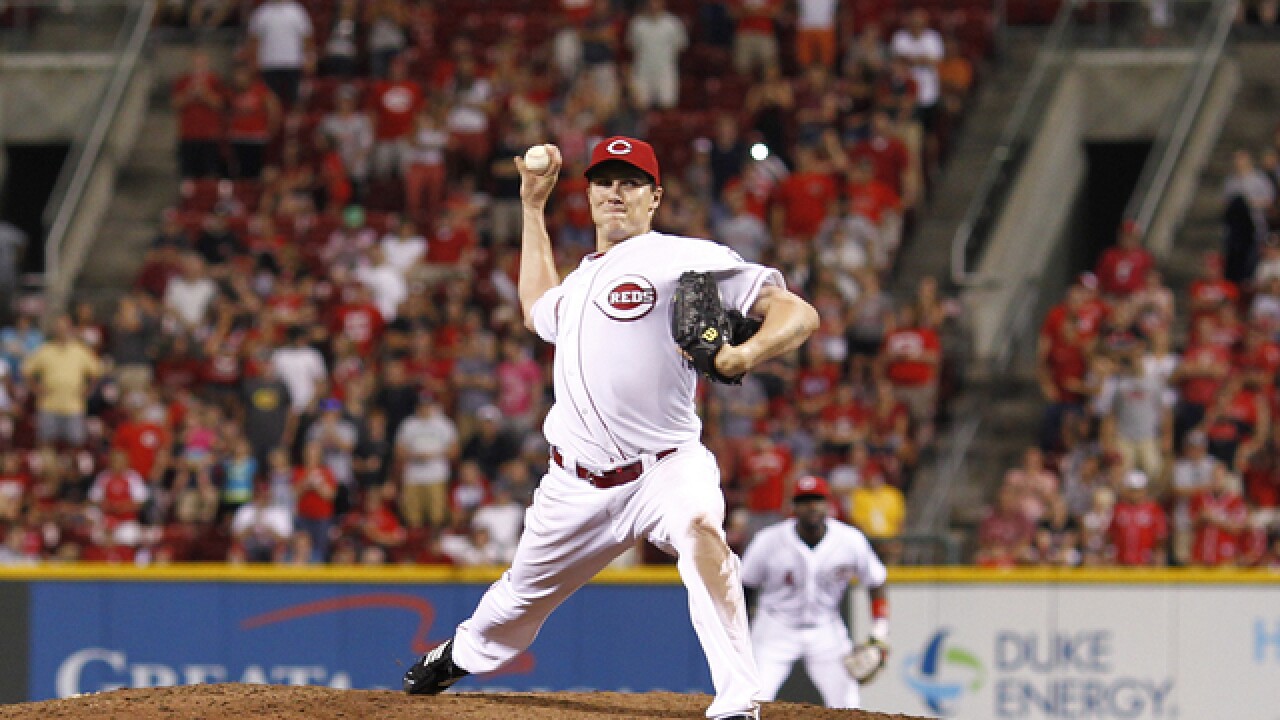 Copyright 2018 Scripps Media, Inc. All rights reserved. This material may not be published, broadcast, rewritten, or redistributed.
Joe Robbins
<p>Homer Bailey #34 of the Cincinnati Reds pitches the ninth inning on his way to throwing a no-hitter against the San Francisco Giants at Great American Ball Park on July 2, 2013, in Cincinnati, Ohio. The Reds won 3-0. (Photo by Joe Robbins/Getty Images)</p>

Hi everyone. It’s Monday, July 2, as we roll into the second half of 2018. Here’s some sports news you need to know today.

1. It was on this date in 2013 that the Cincinnati Reds’ Homer Bailey threw his second no-hitter, a 3-0 victory over the San Francisco Giants. Bailey had a perfect game going until the seventh inning. He gave up a walk to Gregor Blanco, who turned out to be the only base runner for the Giants. Bailey struck out nine batters and threw only 109 pitches.

2. LeBron James has chosen to become a member of the Los Angeles Lakers. He didn't waste any time after free agency began. James signed a four-year deal for $145 million. I don't think anyone is really surprised by this, are they?

3. It was time for James to leave Cleveland, pure and simple. He did all he could in his 11 years as a Cavalier and he got them the championship everyone wanted. No one should have a problem with him leaving.

4. It’s time for the Cavs to start over and get somebody smart in the front office who can start to build a program that doesn't depend on James' heroics. Quit wasting draft picks. The owner has to hire a talented leader and get out of his way.

5. The Reds roared back to sweep the final two weekend games from the Milwaukee Brewers. The Reds won 8-2 on Sunday led by Jose Peraza's grand slam home run in the sixth inning. The Reds got a solid start in the game with first-inning run-scoring singles by Joey Votto, Eugenio Suarez and Scott Schebler.

6. It was the third straight win for Matt Harvey, who pitched shutout ball into the sixth inning. That's when the game was stopped by a rainstorm. The bullpen finished the game. Harvey was strong, retiring the first 12 batters he faced.

7. Peraza's grand slam was the ninth hit by the Reds this season, which ties a franchise record set in 2002. Eight different Reds have socked grand slams, and Adam Duvall has a pair of them.

8. The Reds will play the Chicago White Sox tonight at Great American Ball Park. Chicago is a truly bad team from the AL Central, a truly bad division. Luis Castillo will pitch for the Reds.

9. Congratulations to Mariemont's Will Grimmer, who won the Cincinnati Met Golf Championship on Sunday at Triple Crown. He defeated Austin Squires 1-up.

It’s a holiday week for many. Hope it gets off to a good start for you. Have questions or comments? My email address is jpopovich@wcpo.com.