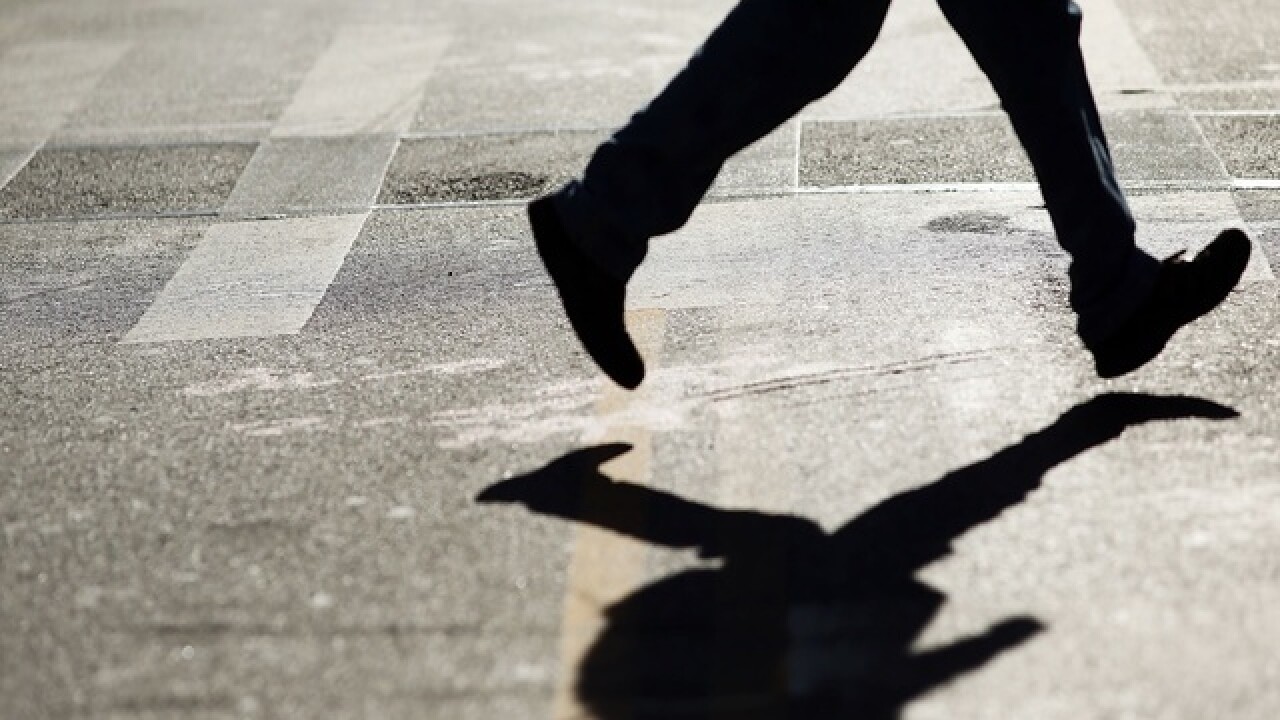 CINCINNATI -- For Bobby Cocrel, the intersection of Central Avenue and Ninth Street in downtown Cincinnati might be an emotionally confusing place.

On the one hand, he said his grandmother, Irene Swain, lived on the block for as long as he can remember.

But it's also the scene where Swain, 77, was struck and killed by a car last month while she was walking across the street.

It was a hit-and-run incident, according to police, and the driver is still at large.

Cocrel said he still can't return to the scene; it's too painful.

He believes the police are doing everything they can to bring the person responsible for his grandmother's death to justice, but he also wishes they could do more.

"I know they also got a lot going on with everything else that’s going on, too," he said. "I’m not going to lie -- I just wish they’d do a little more."

Cocrel said he was "surprised" Monday when the I-Team learned that police believe they have found the vehicle involved in the crash that killed his grandmother. They are still working to determine who was driving the car at the time.

It turns out that catching perpetrators in hit-and-run cases involving pedestrians or cyclists is somewhat of a rarity, according to a WCPO analysis of police crash data. Out of 444 such hit-and-run incidents throughout the city since 2013, only 63, or 14 percent have resulted in charges filed against a suspect.

The data also show an uptick in incidents in recent years:

Just last month this trend seemed to be hitting a fever pitch when eight pedestrians and cyclists throughout the region were killed within a four-week period.

According to Cincinnati Police Lt. Bruce Hoffbauer, who heads up the CPD's Traffic Unit, this is because hit-and-run incidents are as complex as any other criminal investigation there is.

"We want to find physical evidence. We want to find witnesses, interview those people, and put a case together to determine who was driving the car," Hoffbauer told WCPO.

That's if there's a description of the vehicle.

Hoffbauer said, in a case like Swain's, investigations can take hours following the crash, and they never close.

"If it’s a fatality or a serious injury, life-threatening crash, we’re going to map that and document that as we would if it was a homicide or near homicide," Hoffbauer said.

Then there's the issue of manpower, he said. The department used to have officers dedicated entirely to investigating hit-and-run cases.

"That has changed and now those hit/skips come to the traffic section," Hoffbauer said.

"And so now that the officers have those hit/skips to do, it does take them away from some of their other call for service duties," he said.

The process involved in investigating these cases doesn't make it any easier. Hoffbauer remarked on the prevalence of photos and video in the age of mobile devices, but also said that isn't always enough, particularly when it comes to proving who was driving the car and fled the scene.

He said witnesses are critical.

"Witness statements and witness participation that we get in these crashes is invaluable," he said.

Witness statements and participation led Cocrel to express gratitude Monday: "I want to say thank you to those people who actually did the right thing," he told WCPO.

Ultimately, for Hoffbauer and his unit, it's about promoting prevention.