Why is OTR development on hold? 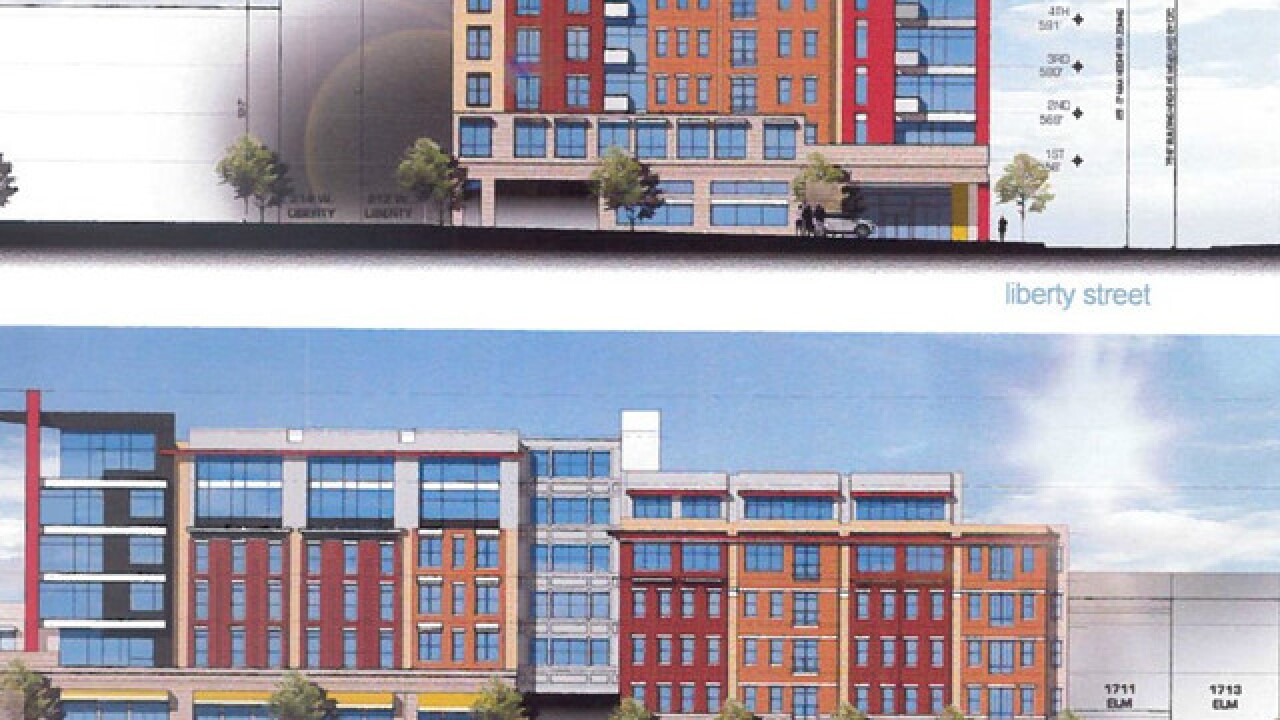 Plans for a 117-unit, mixed-use development at the corner of Elm and Liberty streets in Over-the-Rhine are on hold for at least another month, and possibly quite longer.

The Cincinnati City Planning Commission voted 3-2 Friday to deny approval of conceptual plans and a zoning change for the 1.44 acre property, which includes 212 and 214 W. Liberty St., and 1711 and 1713 Elm St.

Voting for the denial were John Schneider, Ronald Koetters and Byron Stallworth, with commission chairman Dan Driehaus and Sheila Hill-Christian — City Manager Harry Black’s proxy on the commission — voting against.

The denial came despite the recommendation of the staff of the City Planning Department to accept the concept plan and approve the zoning change, which would have made the property a Planned Development.

The Source 3 Development project would include the renovation of four historic structures on the property and the construction of a new building that would include 15,000 square feet of retail space, a parking garage with 165 parking spots, and 89 apartment units.

Public comment on the project lasted more than an hour, with one speaker after another speaking out against the project plans in their current form, despite general enthusiasm for development of the project site.

“I’m confident that a project can get done at this site,” said OTR resident Danny Klingler. “But there needs to be more engagement and more dialogue.”

Concerns raised about the project during public comment included the height of the building, which would be about 40 feet taller at its highest point than the average building in the neighborhood; the look of the building, which Schneider said looked like would be more at home at The Banks; and lack of engagement of certain community groups, including the OTR Community Council.

“We’ve had no time to really consider it appropriately,” said Martha Good, OTR Community Council president. Good stated that the community council has not taken an official position on the project, but is overwhelmed by so many project proposals in process at once.

While the OTR Community Council has not taken an official stance, the same couldn’t be said for the OTR Foundation. Jennifer LeMasters Wirtz, chair of the foundation’s infill committee, said the foundation doesn’t support the development as submitted.

“[This development] has the potential to have a permanent, negative effect on our community,” she said.

Source 3 Development principal John Heekin argued that the failure of the planning commission to approve the concept plans and zoning change means that progress on the project will likely be delayed until after City Council’s summer recess.

As part of his motion to deny, Schneider included a requirement that Source 3 Development meet with the OTR Community Council to discuss how the community’s concerns could be addressed in the project plans. Heekin said that Source 3 has already made a point of engaging OTR community groups — including the OTR Community Council — but the project can’t move forward until a concept plan is approved.

“We’re looking at this as a first step, but no one is letting us take it,” Heekin said. “I’m not sure what we’re supposed to do for the next month.”