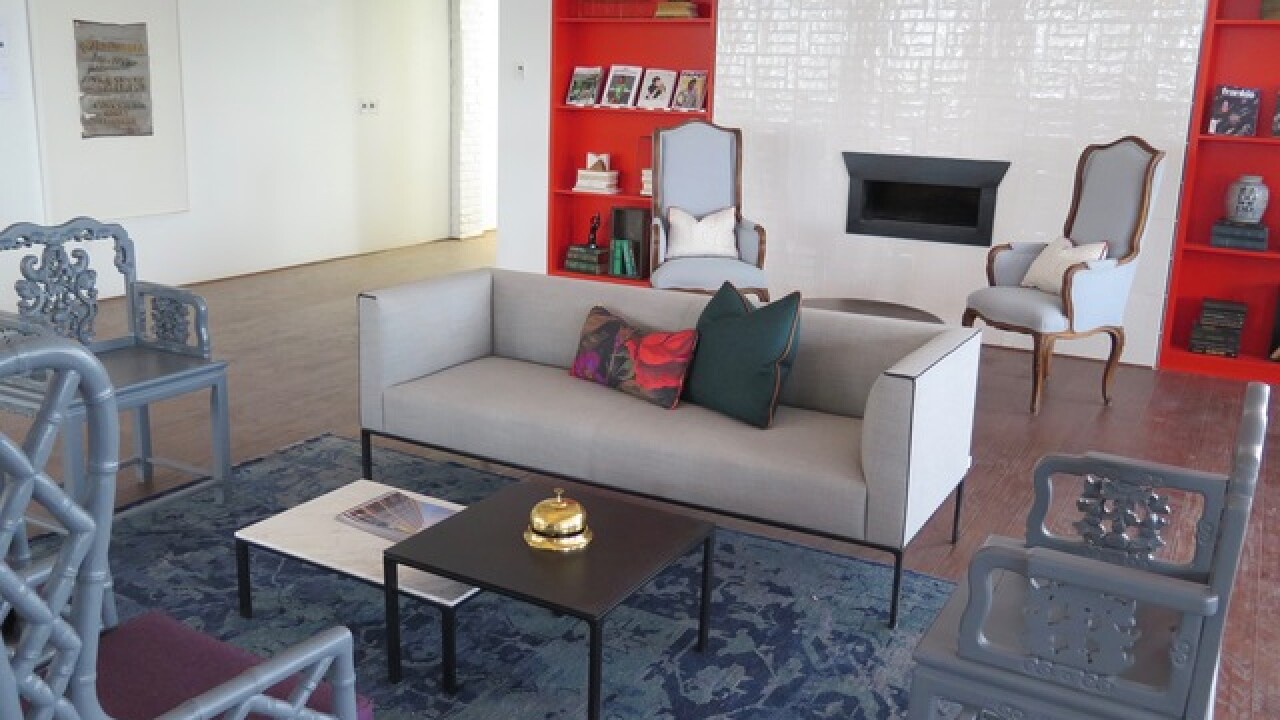 Copyright 2018 Scripps Media, Inc. All rights reserved. This material may not be published, broadcast, rewritten, or redistributed.
Lucy May | WCPO
<p>The red accents in the Penthaus were inspired by Zesta crackers, a product that was invented by the old Strietmann Biscuit Co.</p> 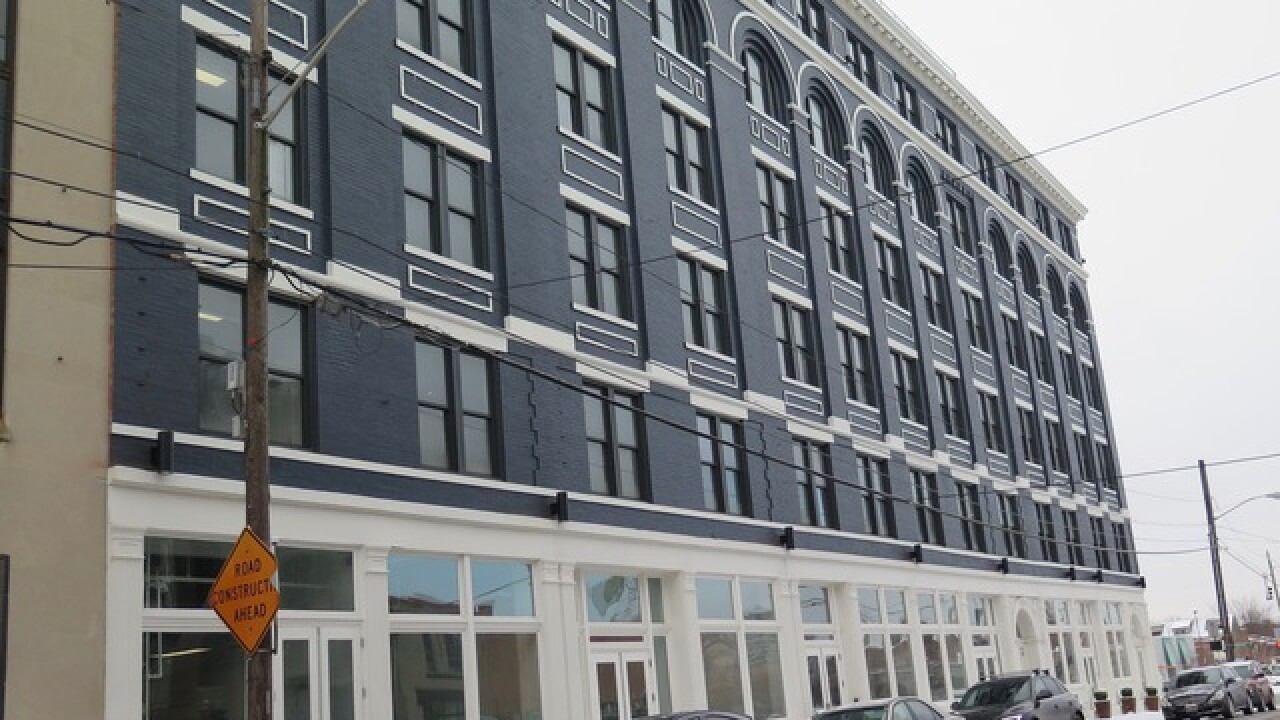 CINCINNATI -- After more than 15 months and roughly $16 million, an old cracker bakery on West 12th Street is ready to start its new life as The Strietmann Center.

Grandin Properties, the project’s developer, expects to market most of that to office tenants. But there will be space on the ground floor for restaurant and retail operations, too, said Kathy Meier, Grandin Properties’ project manager for The Strietmann Center.

“A lot of people don’t realize that doing old buildings is harder than doing new buildings,” said Denis Back of Denis L. Back & Associates, the architect for the project. “We took it down to a shell.”

WCPO and 9 On Your Side began reporting on the restoration project in January 2017 to give the public a better idea of what it takes to bring a historic property back to life.

RELATED: Inside the rebaking of this OTR biscuit building

The hulking structure has come a long way over the past year, and Meier said Grandin hopes to see its first businesses move in during the coming months.

The Strietmann has a new roof, new heating, cooling, plumbing, electric and sprinkler systems along with new elevators and solar panels. The restoration is in keeping with national historic guidelines, Back added. It will be LEED certified at least at the silver level and could possibly qualify for LEED gold certification because of its environmentally friendly systems and the careful way it was renovated, Meier said.

A tour of the building earlier this month showed big changes from every angle of the project. But nowhere was the change more dramatic than the center’s seventh floor, also known as The Penthaus.

This is what the seventh floor looked like in January 2017.

The floor has 3,022 square feet of open space along with meeting rooms, a kitchen area and a rooftop terrace with views of the city.

The red accents are inspired by the signature color of Zesta crackers, which were originally a Strietmann product, said Aubrie Welsh of Aubrie Welsh Interiors, who is the project’s interior designer.

“We were really inspired by the Strietmann Biscuit Company,” Welsh said. “One of the things that was important to them was building their business on a sense of optimism.”

That “bold optimism” was the concept behind the colors and furnishings that fill The Penthaus, Welsh said. Original artifacts also hang on the walls, including a big, wooden spatula, a calendar distributed as a gift when the building opened in 1899 and a framed copy of the company’s original Code of Ethics.

The fifth and sixth floors won’t be completed until tenants lease the space and make final decisions about how it gets finished. But significant changes are apparent.

Large, sliding metal doors located on the lower floors have been cleaned and painted. But building inspectors required them to be fastened in place so they could not close and create a fire hazard, said Jeff Lehkamp of HGC Construction, a superintendent for the project.

The "after" picture shows the contrast.

Grandin Properties preserved the bakery’s original executive offices, which doubled as newspaper offices during the filming of the movie “Carol” in 2015.

Contractors also preserved and repaired the grand staircase leading up to the historic bakery offices.

Now that staircase serves as a private entrance from the street.

The building has new entrances for the street-level restaurant and retail space, too.

And while that space is much tidier than it was a year ago, it still would take several months before a restaurant could be operational there, Meier said.

The Strietmann Center still needs a bit more polishing before it's the gem that Grandin Properties knows it can be, Meier said.

But it has come a long way from the time the developer bought it, when it was filled with old furniture and trash and animal droppings.

Back said he’s pleased to have been a part of the team that has brought the massive structure back into productive use.

“It’s part of our history,” he said. “Some of the character of this building, it’s hard to get in a new structure. This is a mixture of the old and the new.”

More information about The Strietmann Center is available online.