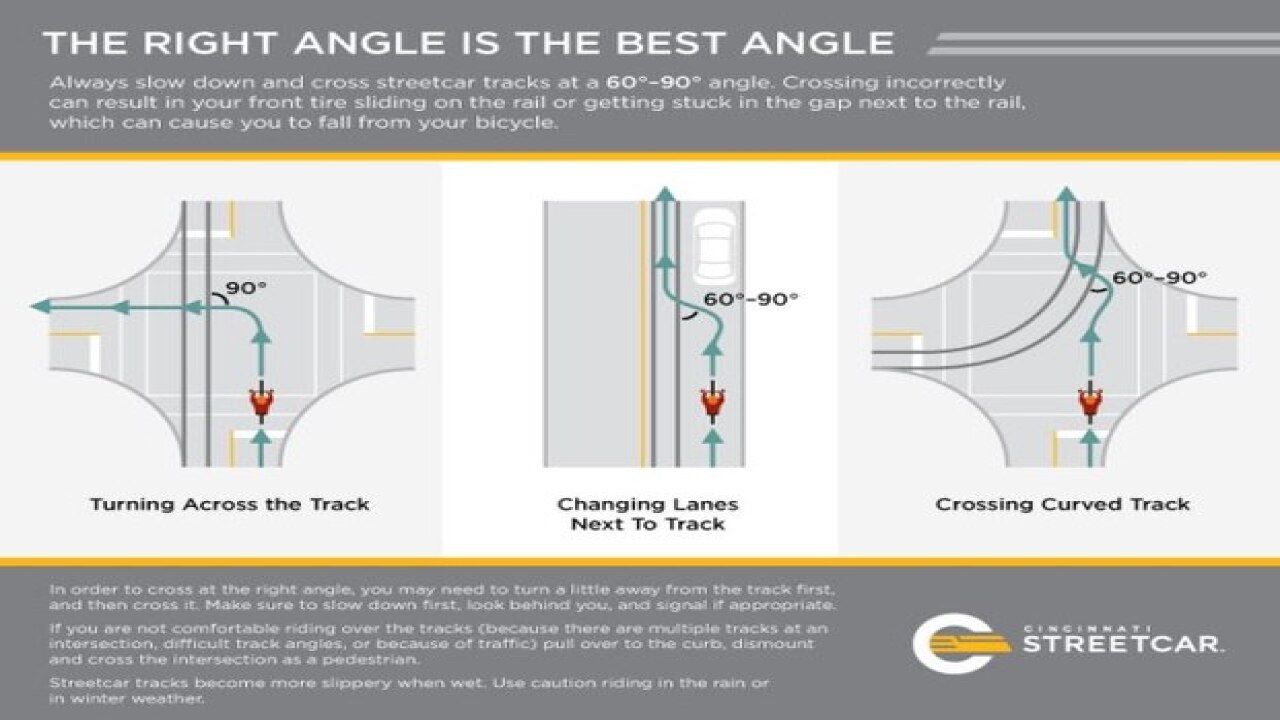 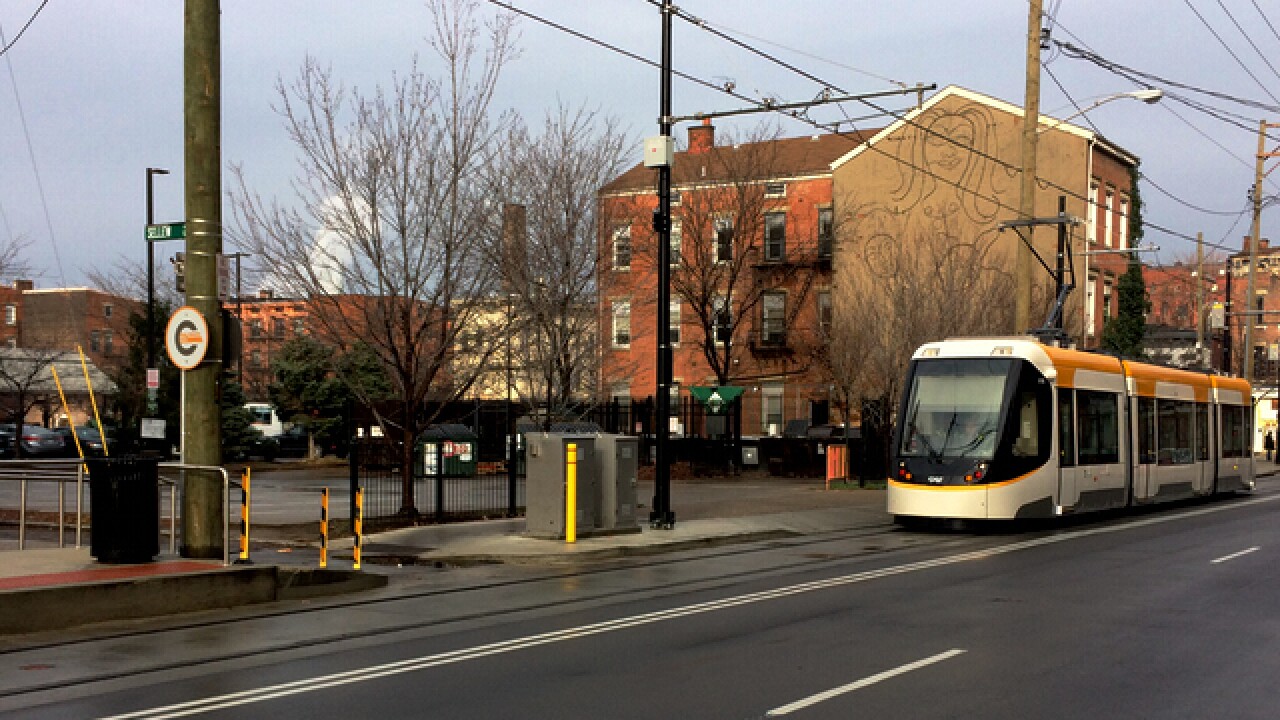 CINCINNATI -- In December 2013, the question of whether the region's newest transportation option would even move forward was still up in the air. Opinions on the matter were clashing at nearly every turn.

At the time, after a two-week suspension of the Cincinnati Streetcar project, City Council voted to stay the course and move forward.

COLUMN: Controversy around streetcar could be a good thing
IN DEPTH: Cincinnati, a city 'built on streetcars'

"We are certainly excited for the opening," said Brandy Jones, a spokesperson with the Southwest Ohio Regional Transit Authority. "We're all in the home stretch with excitement. Things are coming together."

We are now only a month away from streetcar passenger service, and as the city and the transit authority make the final preparations, here are nine things to know as we get ready for the streetcar:

1. Hours and cost to ride

Let's start with the basics: When will it run and what will it cost to ride?

Riders can purchase a two-hour pass for $1 or an all-day pass for $2. The fare system will integrate with Cincinnati Metro bus fares: With the purchase of a streetcar pass, Metro fare drops to $1 instead of $1.75. Riders with a Metro month-pass or day-pass pay no additional fare to ride the streetcar. Tickets -- which can be purchased from a kiosk positioned at each stop -- will be checked intermittently by a transit official as the streetcar is running, unlike boarding the bus and paying a fare.

Throughout the week, the streetcar will hit stops every 12 minutes, with a 15-minute interval on the weekends. Here are the hours of operation:

Just one of several ways the local transit authority is embracing new digital and mobile technologies, the "tickets please" approach to checking for fares is not the only way the streetcar is ushering in something new.

Officials announced in May that they would be introducing a mobile ticketing app that can be used for both streetcar and bus rides. The app will allow riders to purchase fare electronically and then display the purchase on their mobile device to the driver as they board the vehicle.

The app will also allow riders to track the location of their bus in real-time, according to Metro spokeswoman, Brandy Jones. It’s a feature Metro previously partnered with local developers Gaslight in launching real-time transit tracker Bus Detective and MetroNow, which installed a series of tablets displaying nearby bus arrival times at businesses throughout the city. Riders can also access real-time location information on a desktop computer and by phone.

The app was last set to launch this month.

We're still a month out from passenger service, but you wouldn't know it walking through Downtown. That's because starting Sunday, streetcars began operating on the planned schedule, just without the passengers.

That means a few new traffic guidelines went into effect:

Unlike some other rail networks, the Cincinnati Streetcar will not have its own right-of-way and will take up space on the street just like city buses and other vehicles would. This means motorists, cyclists and pedestrians will need to be aware of the streetcar, as it will be a fully integrated component of street traffic.

This also means some traffic signals along the route have been revised to include a separate light for the streetcar. These appear as white vertical and horizontal lines, and have been added to the signals' pattern to allow for any time the streetcar needs to change lanes.

Introducing a new type of vehicle to any streetscape means new safety measures pedestrians and bicyclists need to consider.

Last year, streetcar officials released a list of tips for cyclists and walkers around the streetcar and its tracks:

Jones said the remaining 30 days will include continued testing of the vehicles and operations software, as well as provide a sort of rehearsal period for streetcar operators, administrators and maintenance staff.

All five streetcar vehicles have completed the requisite "burn-in period" -- that is, 500 km of test runs on the tracks. Most of the next month will be testing and re-testing, Jones said, including letting the streetcar operators get used to the passenger service schedule.

7. It cost less to build than we thought

Much of the controversy surrounding the Cincinnati Streetcar -- as has been the case with a number of other rail projects across the country -- is the sheer cost to build the infrastructure and purchase the vehicles.

It's not an unreasonable concern. After all, the construction and startup costs for the streetcar came to just shy of $150 million, which is no small sum.

The good news for streetcar supporters and the fiscally mindful came last week, when City Manager Harry Black announced in a memo that a number of construction projects pertinent to the streetcar came in under budget, meaning a savings to the tune of about $2.5 million. That money was then diverted to the project's contingency fund, for any upcoming rainy days.

8. What will it cost moving forward?

Approving a yearly operating budget also proved to be a point of contention among city leaders, particularly as some on City Council became wary of the transit authority's rider projections earlier this year.

Councilman Christopher Smitherman -- known for fiscal conservatism and an outspoken critic of the streetcar -- voiced his concerns when council was negotiating the operations budget this spring, saying "I don’t trust the assumptions. I don’t trust that 3,000 people a day are going to ride this." Council members Kevin Flynn and Charlie Winburn, who chairs council's budget committee, were also critics of the initial yearly budget proposal for what they said was its lack of a contingency in case the streetcar does not reach its ridership projections.

Council eventually approved a revised version of the initial budget, and have planned to spend about $4 million on the first year of operations. The transit authority expects to cover much of that cost through fare revenue, advertising and sponsorships. Officials announced earlier this month that advertising space on the interiors of the vehicles had almost sold out.

9. What you'll find along the route

The streetcar will connect three neighborhoods in the heart of Cincinnati -- Over-the-Rhine, Downtown and The Banks. That's a boatload of dining, entertainment and nightlife. This map points out where the streetcar will stop along the loop.

Zoom in using the +/- button in the bottom left corner, or use the arrow in the top left corner to see a list of locations.