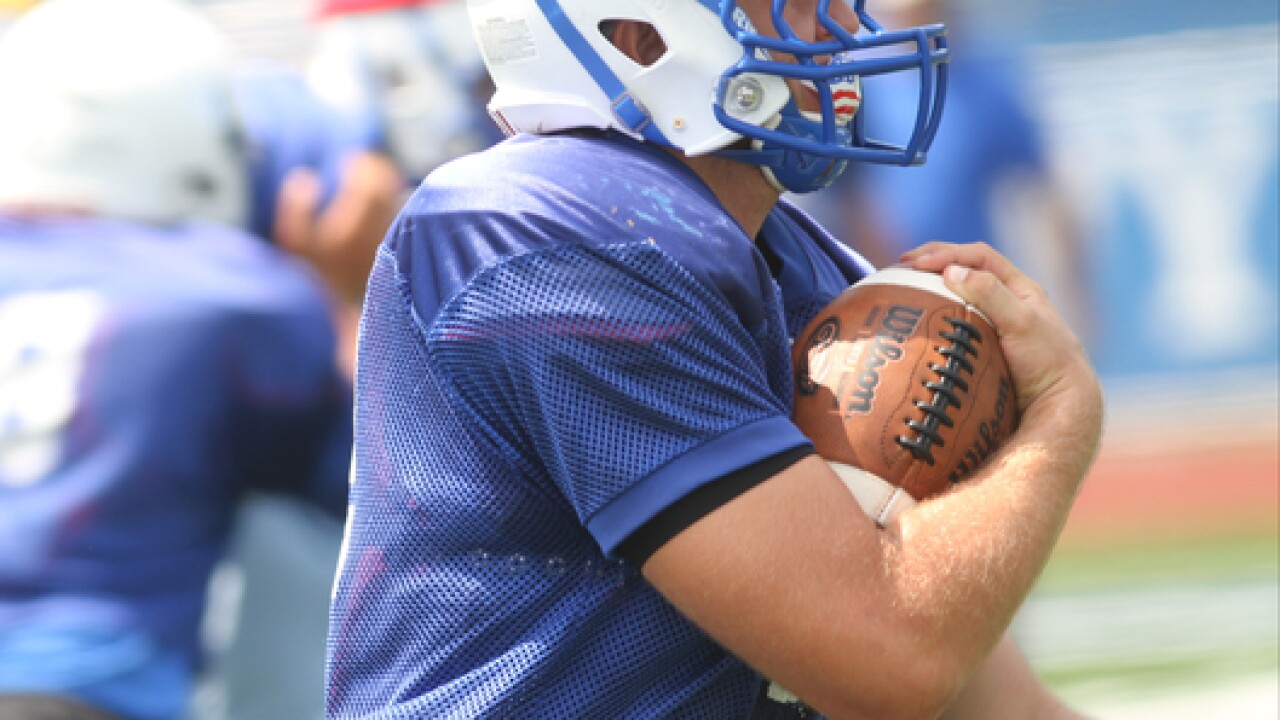 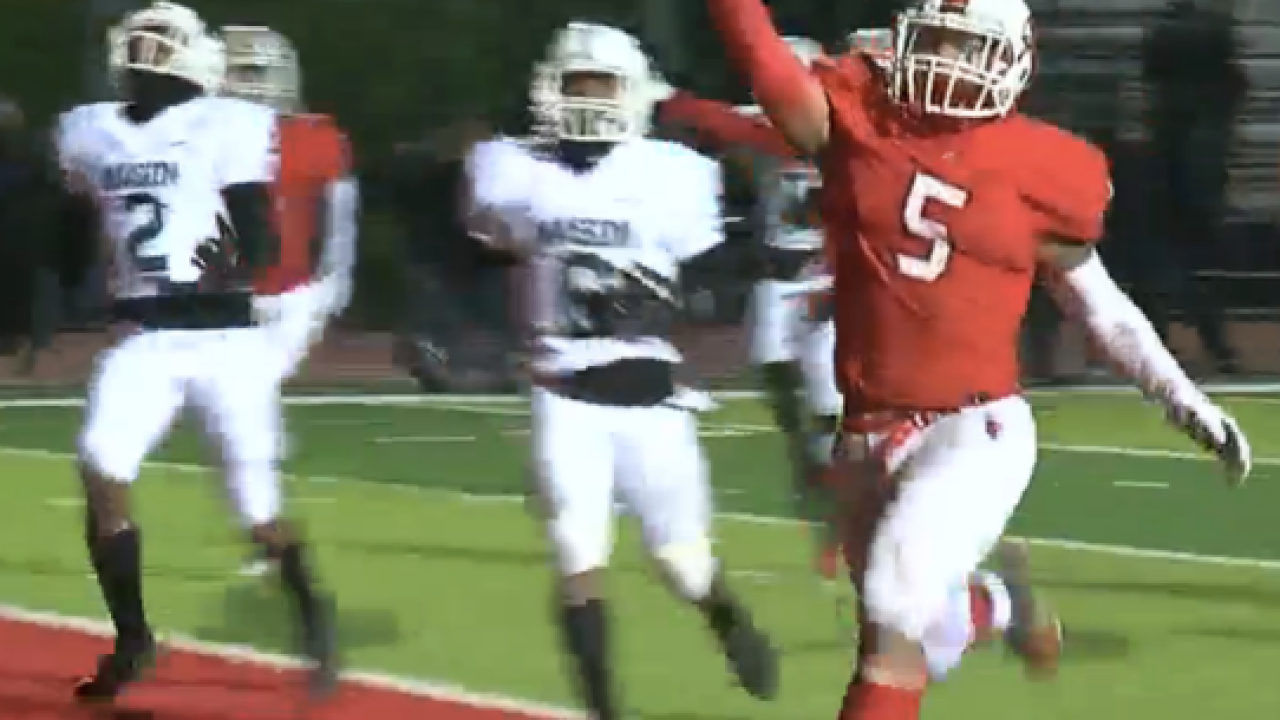 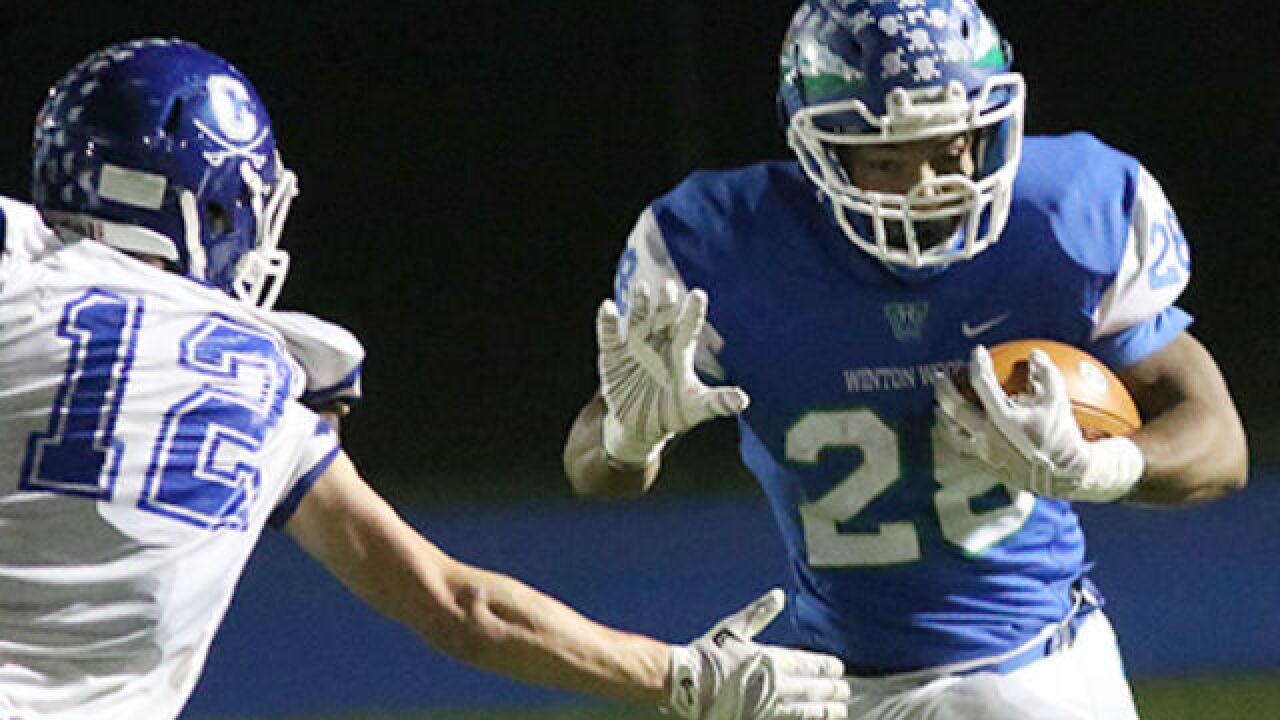 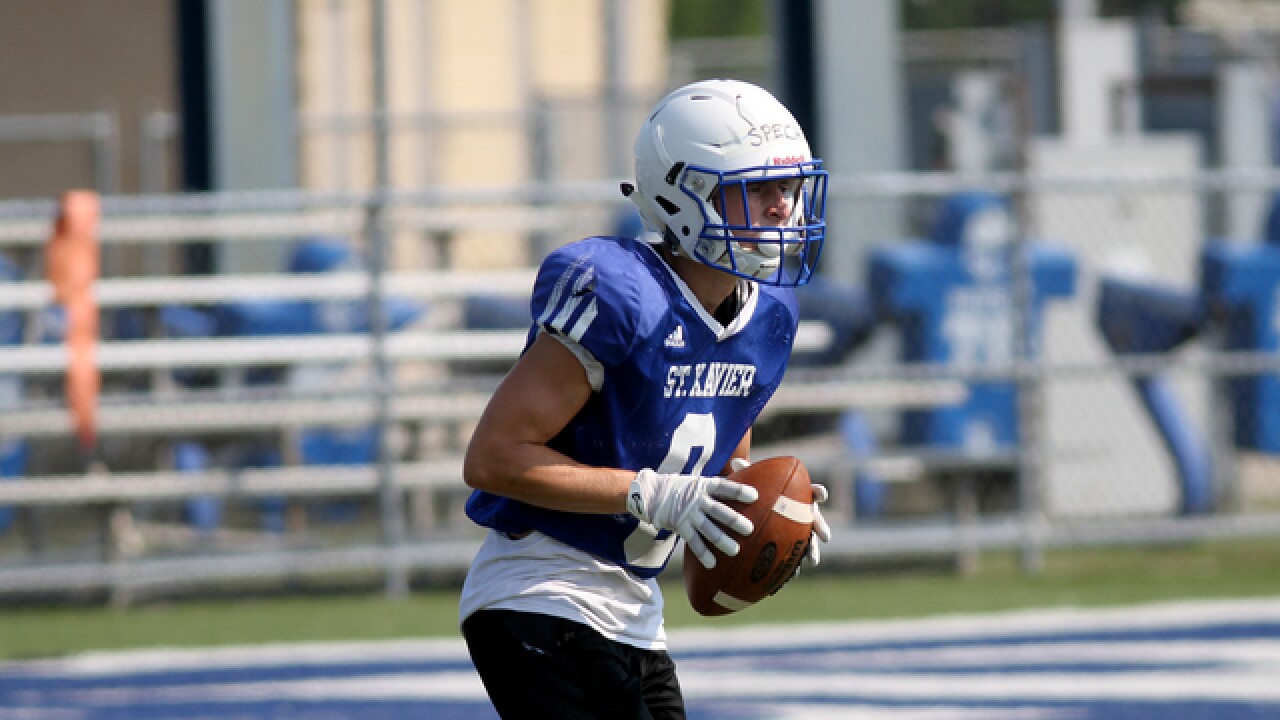 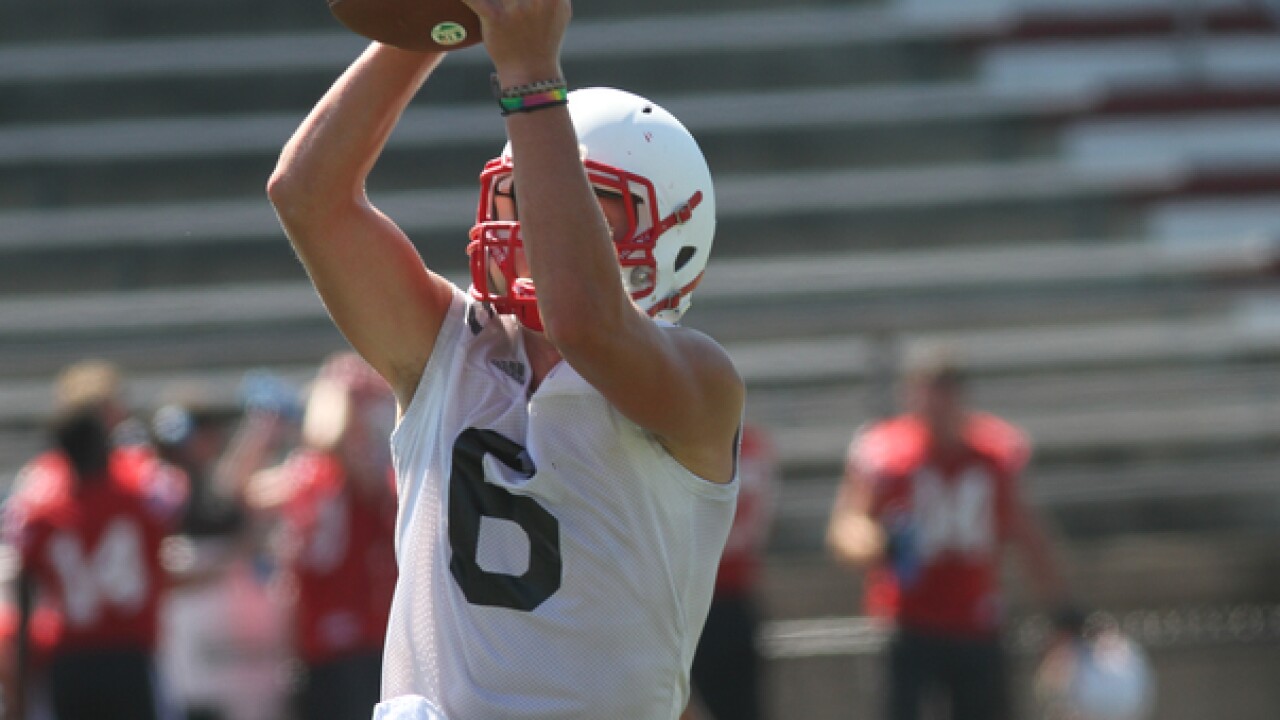 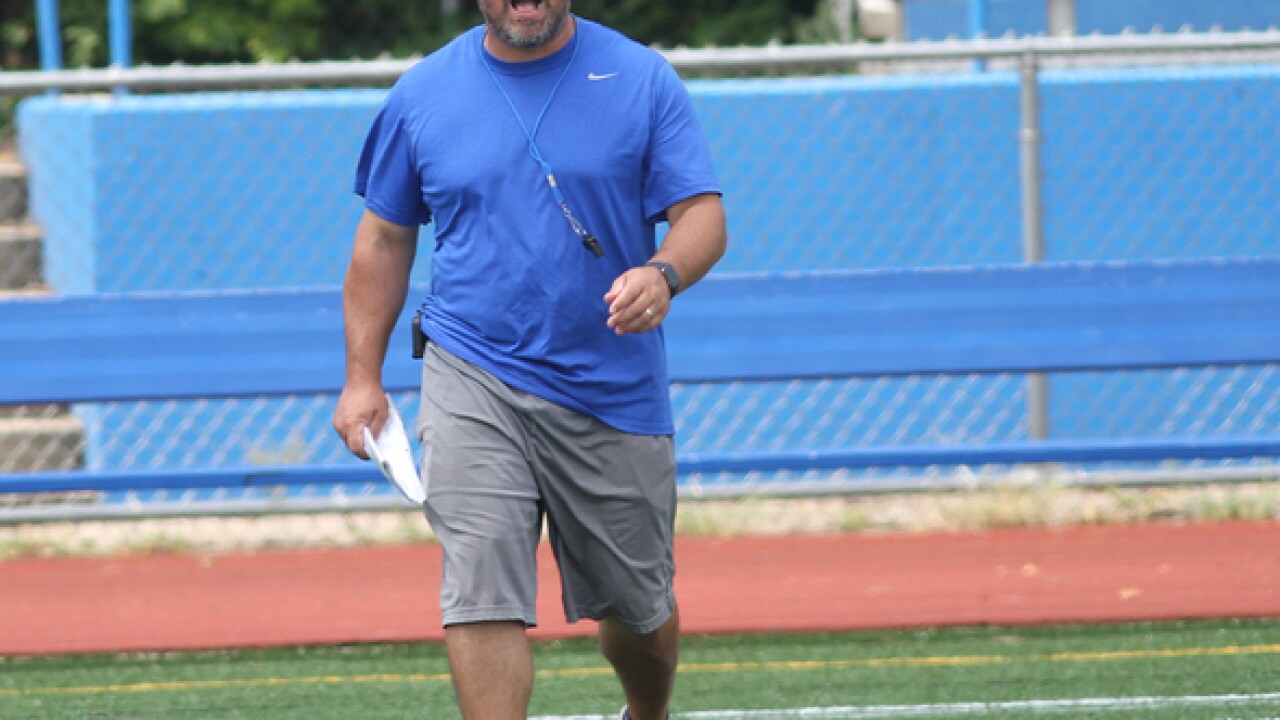 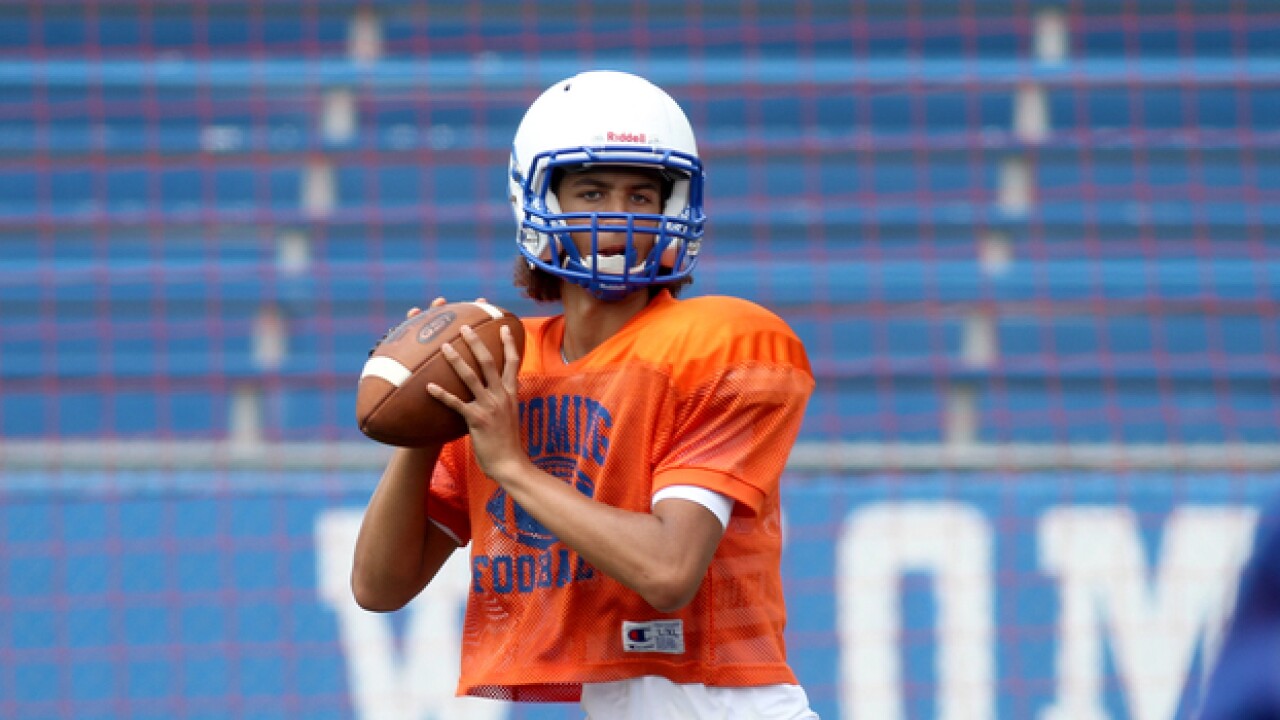 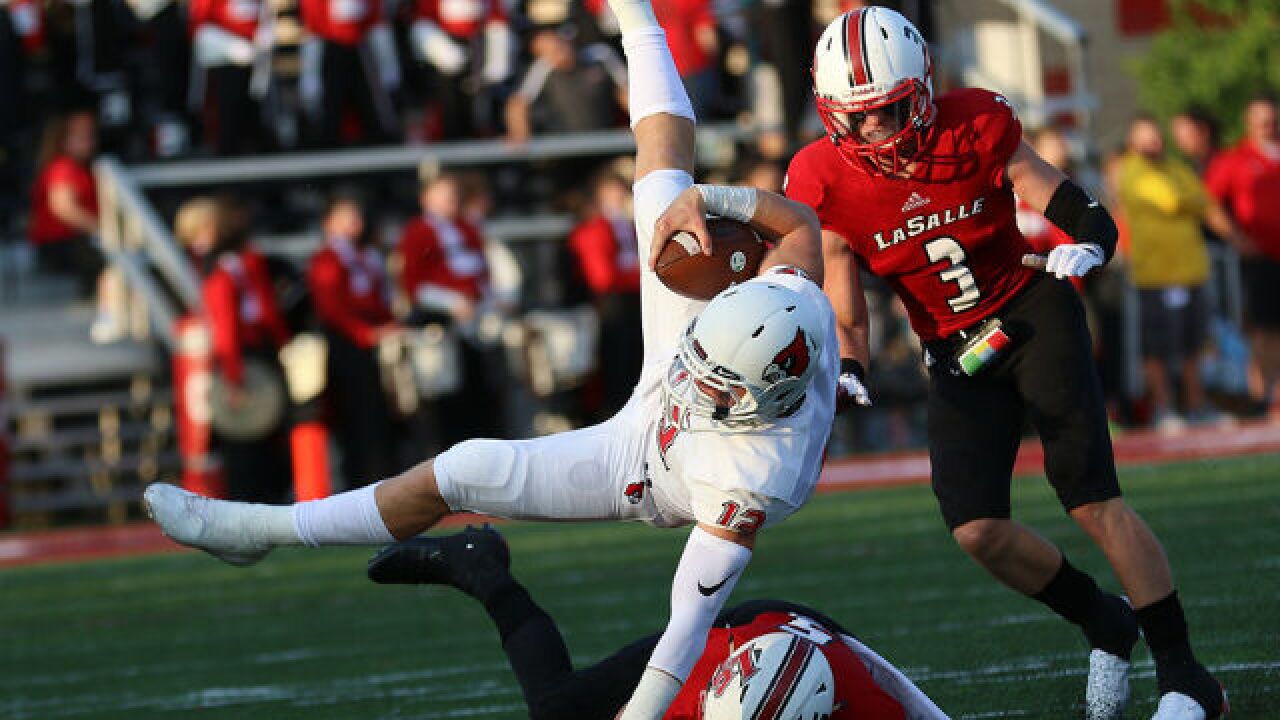 CINCINNATI -- The road to Canton is getting shorter for seven area high school football teams.

There is plenty on the line for a berth to the state Final Four with four regional finals Friday night.

The Regions 4 and 8 finals are two of the eight regional finals across Ohio this week involving the top seeds. Those two regions are also among the nine regional finals involving rematches from the regular season.

Add undefeated and tradition-rich Wyoming and perennial playoff qualifier Clinton-Massie (Division IV) along with first-time playoff qualifier Middletown Madison (Division V), and there is no shortage of good stories with games starting at 7:30 p.m. Friday.

The Week 2 game at Colerain was the third consecutive matchup between the two programs to go to overtime and the fourth time in the past five games in the series. It certainly wouldn’t be surprising to see Friday’s game go to overtime.

This is the seventh time they have met twice in the same season, first in 1994 and since the 2014 season, according to WeAreColerain.net .

The familiarity is evident and the keys should be the same. Both teams want to avoid the turnovers and limit each other’s big plays. The offensive firepower speaks for itself; it may be the defense of each team that proves to be the difference.

Colerain coach Tom Bolden said the Cardinals have prepared in a practical manner this week, which simply includes studying the scouting reports and watching film. Nothing much else has to be said to his players.

"Once you get to the playoffs, all the strengths and weaknesses are exposed,” Bolden said.

St. X coach Steve Specht said Friday night is all about execution. It's the same recipe for success each game.

"We wouldn't want to be playing for a regional championship against anybody but Colerain," said senior wide receiver Cameron Specht, Steve's son.

Senior quarterback Chase Wolf helped to orchestrate the rally in that Sept. 1 game after the Bombers faced a 14-0 fourth-quarter deficit. But that's ancient history.

“I can almost guarantee we will see them in the playoffs,” Wolf said after the game.

Here we are again. And rain is again in the forecast for late Friday night.

Since the Colerain versus St. Xavier series started in 1984, the Bombers have averaged 18.94 points and Colerain has averaged 16.60 points, according St. Xavier statistician Kurt Brinkman and WeAreColerain.com’s Chris Himonidis.

Since Colerain coach Tom Bolden took over, the margins are even closer. St. Xavier has averaged 20.63 and Colerain 20.25 points. There have been 16 games decided by seven points or less.

Pick up the Pace

Colerain junior fullback Ivan Pace Jr. has emerged as one of the area’s premier offensive players. He had 22 carries for 232 yards and four touchdowns as the Cardinals racked up 514 yards of offense against Mason last week. “He’s really athletic and has great balance,” Bolden said.

A converted linebacker, Pace played only one-half of a game against St. X Sept. 1, so his emergence could play a significant factor Friday night.

Since the 2016 season, Wolf, a Wisconsin commit, has thrown a touchdown anytime he has attempted more than eight passes, according to the St. X stats.

The Mr. Football candidate has thrown for four touchdowns three times this season including a career-high 374 passing yards against Fairfield Nov. 3.

La Salle as the underdog?

The two teams will play in the Region 8 final at 7:30 p.m. Friday at Withrow.

The Warriors seem to have it all in the three phases of the game, including a very experienced quarterback in three-year starter Kenny Mayberry, one of the state’s top players in senior linebacker Christopher Oats and a sophomore running back Miyan Williams, who has eight touchdowns this postseason.

“I definitely think we are the underdog,” La Salle coach Pat McLaughlin said.

Add that the Warriors already defeated La Salle 18-15 Sept. 22 at Lancer Stadium and Winton Woods may be just the team to unseat the Lancers.

But La Salle has the experience in these big-time moments. The Lancers have also improved offensively since that late-September loss. It would very premature to write off the Lancers after that loss.

“It was a wake-up call for us,” McLaughlin said.

“We still have a chip on our shoulder,” Winton Woods coach Andre Parker said. “We understand they are still the Division II champs.”

Wyoming (12-0) plays Clinton-Massie (11-1) in a Division IV regional final at Lakota West. It is the first meeting between the two programs since the Falcons won 29-28 in the 2007 playoffs. Wyoming is also 12-0 for the second consecutive season entering the regional final.

Last week, the Cowboys’ offense put on a clinic and just threw the ball nine times.

Junior running back Pierson Rogers rushed 40 times for 297 yards and two touchdowns in a 25-0 win over Indian Hill. Wyoming had 398 yards of total offense. It was Wyoming’s fourth shutout this season.

“Pierson has had a fantastic year,” Wyoming coach Aaron Hancock said this week.

Rogers worked with Wyoming strength and conditioning coach Adam Szabo since the spring and the results have paid off.

“Pierson truly committed himself,” Hancock said. “He practices hard in all aspects. He deserves every ounce of the season he’s had.”

Keys for the Cowboys

The offensive styles don’t get much different than Wyoming and Clinton-Massie. Wyoming is a spread offense while Clinton-Massie is a run-first attack.

“Defensively, we have put them in third-and-long,” Hancock said. “They will run it at you. We have to do a great job of being disciplined when they throw it up.”

The Wyoming offense has been excellent.

Sophomore quarterback Evan Prater has thrown for 1,516 yards and 22 touchdowns. He has rushed for 742 yards and 11 touchdowns. Hancock said this group doesn’t practice like it’s Week 13. They are enjoying every minute.

Wyoming hasn't defeated Clinton-Massie since the 2001 regular season. And this game will likely be a battle through all four quarters.

Clinton-Massie coach Dan McSurley told the Wilmington News-Journal that last week’s win over Valley View was one of the most rewarding team wins he’s been associated with in 32 years of coaching. The Falcons had two critical interceptions as Valley View was driving that proved to be a significant difference in a 28-20 win.

According to Matt Sexton , Clinton-Massie has not lost to Wyoming since Week 1 of 2001. Clinton-Massie is appearing in its 16th consecutive postseason.

Of the four teams that qualified for the playoffs for the first time this year, only one -- Middletown Madison (Division V, Region 20) -- has advanced to the third round. Madison has been very efficient in stopping the run this postseason, according to Rick Cassano . It limited CHCA to 25 rushing yards last week. Madison (10-2) plays West Jefferson (11-0) in a Division V regional final Friday night at Beavercreek.

State finals back in Stark County

While the regional finals are often the last time to see area high school teams compete locally, at least three area teams will be in the state semifinals Nov. 24. That means Thanksgiving Day practice for those three teams -- a special time of the year for those programs.

The OHSAA will announce the locations later this weekend for the state semifinals.