Nine reasons why the Colerain versus St. Xavier football rivalry is special 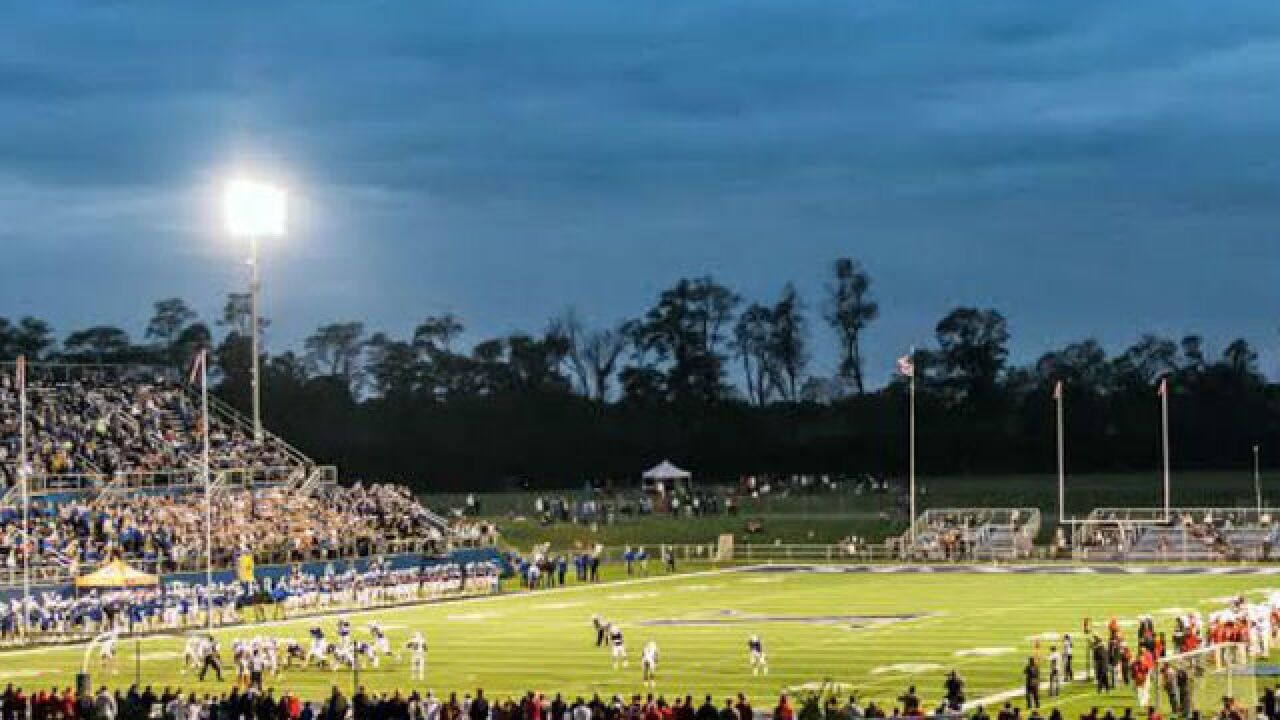 Copyright 2018 Scripps Media, Inc. All rights reserved. This material may not be published, broadcast, rewritten, or redistributed.
<p>St. Xavier Stadium will be the site for the Colerain versus St. X football game Friday night. It is one of the nation's top 10 games to watch this week, according to MaxPreps. (File photo from St. Xavier High School)</p>

SPRINGFIELD TOWNSHIP, Ohio -- Colerain football coach Tom Bolden paused for a long moment when asked about his favorite game against St. Xavier. It's a great question to consider as the teams prepare for another match-up.

The 2017 regional final is certainly a candidate for the Cardinals, even if it's the most recent. That one gave Colerain a trip to the state Final Four and redeemed a rainy regular-season loss at home to the Bombers.

"I think that's the great thing about this game," Bolden finally said. "There are so many memories from these matchups. I think that's what makes it cool."

"I'd have a hard time pointing to just one game or one memory because of all the great teams and great kids that have played in the games," Specht said. "It would be an injustice to any of them to single one thing out."

The memories and life lessons of high school sports are what it's all about. St. Xavier Stadium will be packed close to its 6,500-seat capacity Friday night. The game is one of the top 10 nationally this week to watch, according to MaxPreps.

"It's always neat going over there to play," Bolden said. "Of all the visiting venues that we go to play, this is probably my favorite one to go to. I think an opposing coach standing there and looking over at that sideline and looking over at the beautiful stands and seeing all those fans and the student section -- I think it's really cool competing against that."

As the Bombers and Cardinals prepare for the highly anticipated matchup, let's take a look at nine storylines about this rivalry.

St. X had 305 yards of offense and led the Firebirds 20-0 after the first quarter, and senior linebacker Nathan Arthur had a team-high seven tackles including a half-sack.

This week will be the first time since 2015 both teams are 1-0 entering the Week 2 game.

"We may play teams this year as fast as Colerain, but no one will be faster," Specht said. "Discipline in our option responsibilities is a big key. Other than that, it always seems to come down to basic fundamentals: Blocking and tackling, turnovers, field position."

Colerain senior Deante Smith-Moore earned Skyline Chili Crosstown Showdown MVP honors for his performance against La Salle last week, when he rushed 24 times for 157 yards and a touchdown. He's seen varsity action since he was a freshman in 2015.

Junior Wyatt Hudepohl was 12 of 18 passing for 145 yards and a touchdown for St. X last week. Hudepohl also saw limited time at quarterback as a sophomore in 2017 behind starter Chase Wolf (Wisconsin).

Each team is known for its defense, and this season is no different. Colerain has senior linebacker Luke Bolden alongside senior linebacker Eric Phillips (UC commit) and senior linebacker Ivan Pace Jr., who also plays running back. Senior defensive back Syncere Jones may be the best all-around athlete on the team.

Who will step up on this significant stage? Last season, it was Wolf and senior linebacker Will Childs along with Colerain's JJ Davis and Pace. Someone will certainly emerge to make a big play or cause a turnover that could impact the momentum of the game late in the second half. Look for Jones, St. Xavier's Jared Kreimer or possibly special teams to play that role.

Colerain and St. Xavier are among the nation's top 10 high school programs the past 15 years, according to a MaxPreps report that took a look at cumulative results and strength of schedule during that timeframe.

Colerain was ranked No. 5 nationally while St. X was No. 8 based upon games since 2003, according to MaxPreps partner Ned Freeman at CalPreps.com.

"The one part of the study that brings a smile to my face is the record against top 1,000 teams," Specht said in the preseason. "St. Xavier High School has played in 172 games against the top 1000 teams in the country since 2003. 'Striving for the Magis' is about pushing your limits against the best the world has to offer. Sometimes your best may not win, but you get better from the experience."

"One of the things we try to teach is healthy competition," Specht said. "Competing against the best brings out the best in you. Regardless of the outcome, every Colerain-St. Xavier matchup finds both teams better in so many ways. This Week 2 game has always enabled both teams to see where they are and what they need to improve on as the season progresses."

Greater Cincinnati's preeminent high school football rivalry was renewed for two more years in March , when the schools announced St. Xavier and Colerain will continue to play in Week 2 of the 2019 and 2020 seasons. Friday night marks the final game in the current contract.

"It's part of the high school fabric in Cincinnati," Specht said. "It's part of the football culture. I appreciate Tommy and Colerain High School and their approach to be the best they can by playing anyone, anytime. It speaks volumes about them and their kids."

Colerain came back to defeat St. Xavier 21-14 Nov. 18 in the Division I regional final at Mason.

"Regardless of how it ends up Friday night, it's not going to be the end of the season for either team," Bolden said. "We will have a good idea of where we're at after Friday night."