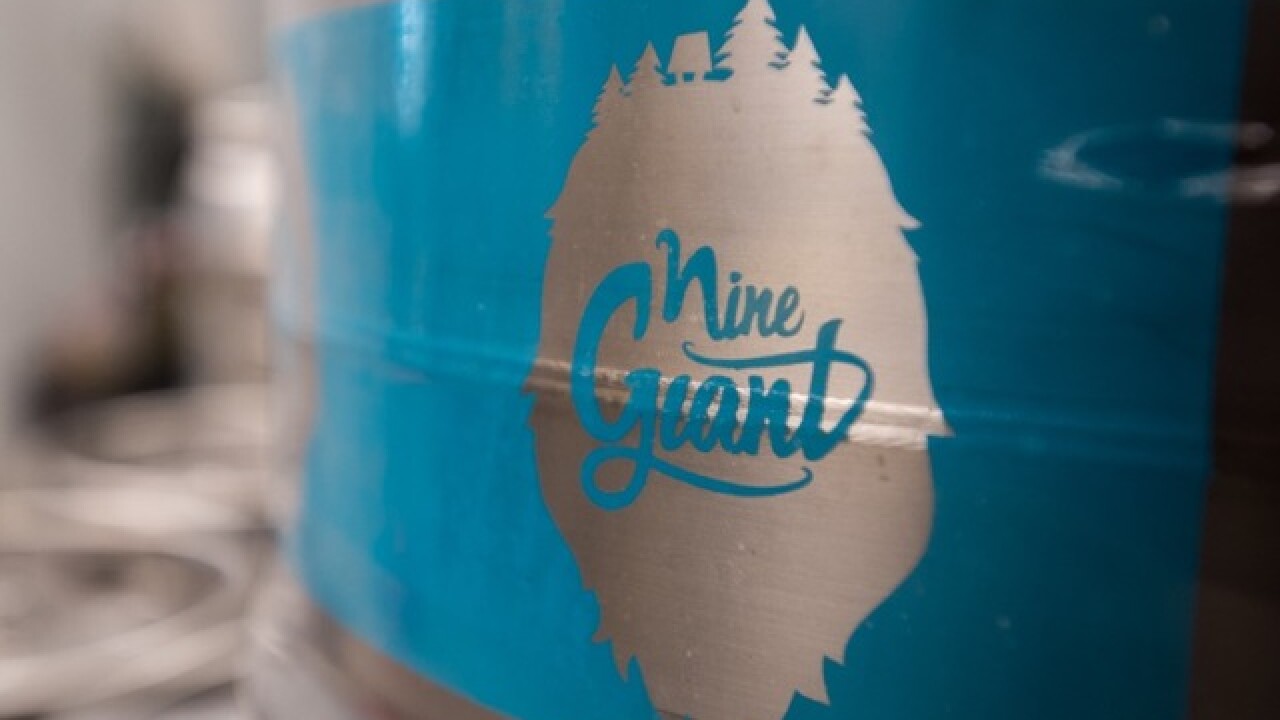 Phil Didion
<p>Nine Giant is a new microbrewery in Pleasant Ridge set to open on June 25, 2016 (Phil Didion for WCPO).</p>

CINCINNATI – One of the first new businesses to spark revitalization in Pleasant Ridge is growing.

Nine Giant Brewing co-founders Brandon Hughes and Mike Albarella plan to expand their business in Pleasant Ridge this fall when they open a second facility near their current brewery and gastropub. Hughes and Albarella opened Nine Giant at 6095 Montgomery Road on June 25, 2016.

"This community is staggeringly supportive of us, which is why when we looked to grow our business we knew we had to stay in Pleasant Ridge," Hughes said.

The business partners are naming their second location, at 6111 Ridge Ave., the Nine Giant Fermentorium. They leased the 5,500-square-foot property through OnSite Retail Group.

"We plan to release our first barrel-aged beers in the next few weeks," Hughes said.

Nine Giant will release its initial batch of aged beer as part of its second anniversary.

"The main floor (of the fermentorium) will house a bar highlighting those and one-off aged beer," Hughes said.

That first-floor bar also will serve wine, liquor and cocktails alongside craft beer. The bar area, which will seat approximately 30-40 people, will serve only snack food and function more as a drinkery, Hughes said.

A private event space, located in the back of the fermentorium, will be available for rent. That space will seat between 50-60 people and offer catering from the brewery's gastropub menu.

The second location will allow Nine Giant to open a new outdoor patio behind the current brewery. The patio will seat approximately 25 people, serve food from the gastropub's menu and have access from the fermentorium, Hughes said.

Joshua Rothstein, a retail specialist with OnSite, brokered the deal with Nine Giant's owners. He also brokered a lease with the owners of Goodfellas Pizza, who will open a Pleasant Ridge location by the end of the year. Goodfellas will be at 6099 Montgomery Road, between Nine Giant's current brewery and future location. The pizzeria hopes to open by New Year's Eve.

Rothstein said Nine Giant's expansion, in addition to Goodfellas, is proof of Pleasant Ridge's potential for further growth as a destination neighborhood.

"Pleasant Ridge is a proud community," Hughes said. "People come here and plant roots. That's why it is a community we wanted to be a part of."