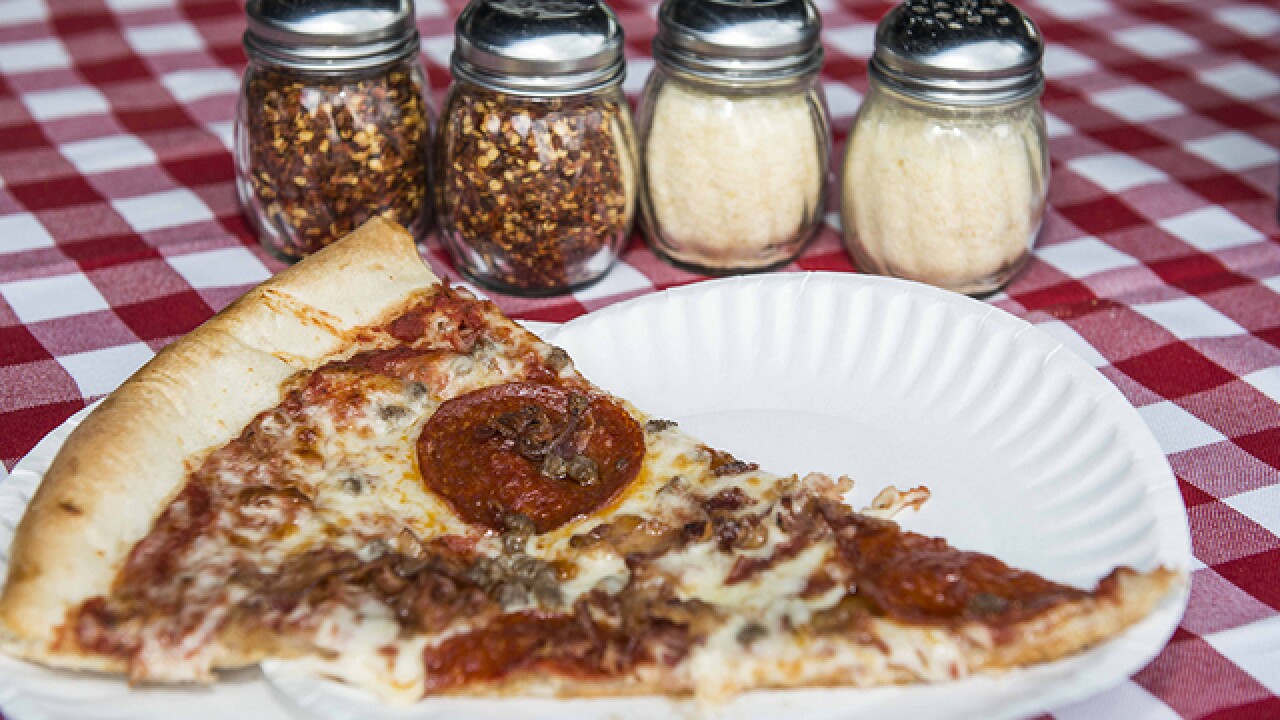 Joe Simon
Taste of OTR, a fundraiser for Over-the-Rhine nonprofit Tender Mercies, returned to Washington Park on Aug. 26, 2016. A slice of pepperoni, beef and bacon pizza from Goodfellas.

CINCINNATI -- Pleasant Ridge is now a "made" community.

For those unfamiliar with mafia lingo, that means Pleasant Ridge has moved into the upper hierarchy of Cincinnati's hip neighborhoods as eateries such as Goodfellas Pizzeria open there, said Joshua Rothstein, a retail specialist for Onsite Retail Group.

"This is the second Over-the-Rhine restaurant to expand outside of OTR into Pleasant Ridge," Rothstein said. "To me, it is the cherry on top."

The Pleasant Ridge pizzeria will be the seventh Goodfellas location that the business partners have opened since 2006. It will occupy the first and second floors of a 4,831-square-foot brick storefront that sits at the corner of Montgomery and Ridge roads.

"It's a good fit for Goodfellas," Coats said of the location and community.

Over-the-Rhine's Revolution Rotisserie opened a second location a block away at 6063 Montgomery Road in January.

"It's interesting," said Nick Pelosa, co-owner of Revolution Rotisserie. "There are a lot of people (in Pleasant Ridge) that didn't know we existed. I never imagined the new location would be as consistently busy as it is."

Pelosa opened his first Revolution Rotisserie at 1106 Race St. in 2014. Coats and Boggs opened the Over-the-Rhine Goodfellas location at 1211 Main St. the same year with a New Year's Eve party.

The Goodfellas owners hope to hold a similar New Year's Eve bash at the Pleasant Ridge location if remodeling of the 90-year-old building stays on schedule.

"With Revolution on one corner and Goodfellas on the other, it is bookending a good array of entertainment, food and drink options in Pleasant Ridge," Rothstein said.

Nearby places along Montgomery Road include longtime neighborhood spots such as the Gas Light Cafe, Molly Malone's, Everybody's Records and Pleasant Ridge Chili, along with newer places such as Share Cheesebar, Grand Central Delicatessen, Nine Giant Brewery and Overlook Lodge.

Pelosa said he feels that newer establishments such as his work well with longtime Pleasant Ridge businesses to fuel ongoing revitalization efforts.

"I think that's the coolest part," he said. "In Pleasant Ridge, there has been an entertainment district for a very long time. We can quietly contribute to that area. People there have also been extremely enthusiastic. I think the key thing is that revitalization has been driven deliberately by a lot of people."

Coats agreed. He said when they were looking to open a new pizzeria, Pleasant Ridge shared similar qualities to Over-the-Rhine and Covington's Mainstrasse Village, where Goodfellas opened its third location.

"We really plug into our neighborhoods. We don't just set up shop," Coats said. "When we found Pleasant Ridge, we hit the ground, walked around and got a feel for the neighborhood. The community was engaged. We saw there were some liquor licenses for a community entertainment district. The neighborhood is poised for future growth. And we love historic buildings. It creates more work, but that is what makes it fun."

Goodfellas' Pleasant Ridge location will have features similar to the pizzeria's other stores once it is complete, Coats added.

It will include an open kitchen with a counter for people to order pizza by the slice and whole pies and seating on the first floor. The menu also will offer the same daily lunch specials as other Goodfellas locations. A Wiseguy's Lounge will occupy the second floor, and the bar will serve 300 types of liquor, along with local and other craft beers on 16 taps.

Delivery options also will be available for the neighborhood.

"I love the competition," Pelosa said of Goodfellas and other restaurants opening in Pleasant Ridge. "I see it as a symbiotic relationship. I think that people expect when they go out to eat sometimes you'll wait for an hour to get into a restaurant. So you'll walk down the street and have a drink somewhere else."