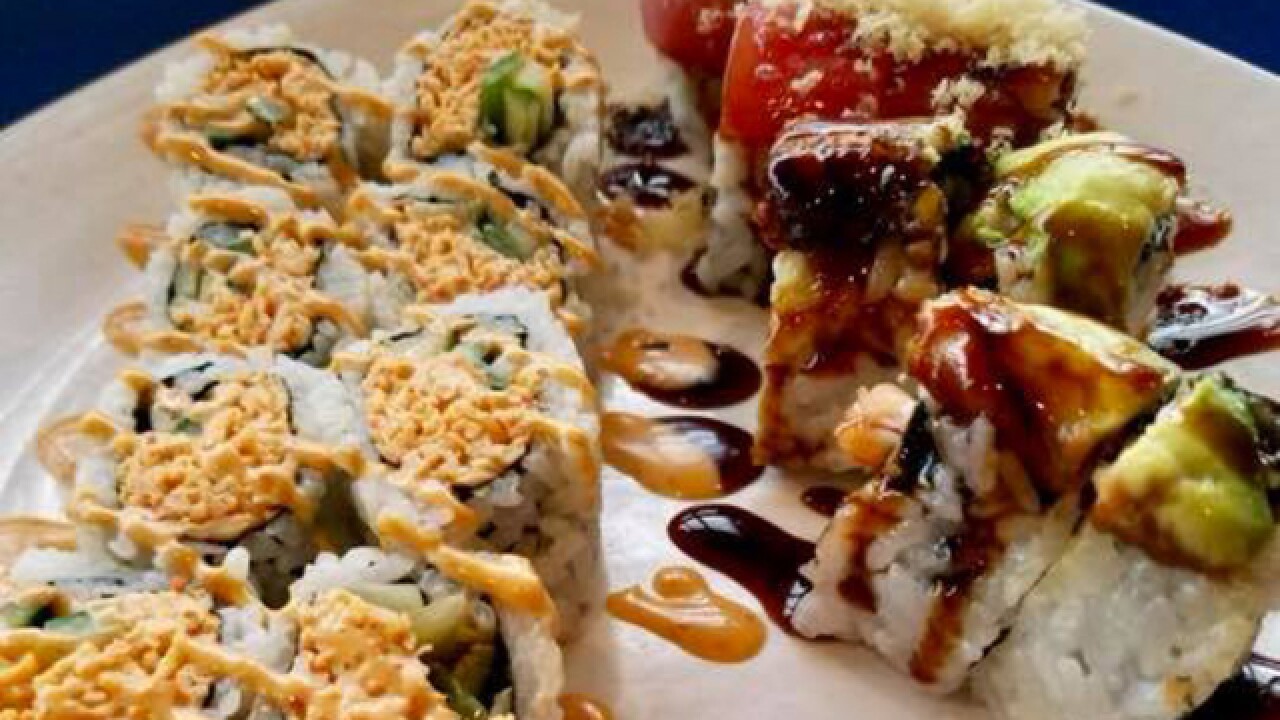 Copyright 2018 Scripps Media, Inc. All rights reserved. This material may not be published, broadcast, rewritten, or redistributed.
Liz Engel | WCPO contributor
<p>SushiNati, a new restaurant in Anderson Towne Center, is the third restaurant for husband-and-wife team Mike and Shelly Choi.</p>

ANDERSON TOWNSHIP, Ohio -- A new restaurant has debuted in Anderson Towne Center, and it's the third overall concept for husband-and-wife team Mike and Shelly Choi.

SushiNati rolled out Monday at 7466 Beechmont Ave., a corner unit wedged between GameStop and Pieology Pizzeria. While meant to complement the couple's other two eateries, the Korea House in Montgomery and Hyde Park's 3501 Seoul, sushi is obviously the bigger player here, said Shelly Choi.

She has been scoping out a spot at the bustling shopping center -- also home to Kroger, Crunch Fitness and a Macy's -- "for a long time," she said. The couple lives nearby.

"It's almost become a hobby of mine," Choi said. "I would come over here and check it out because it's such a great location. Each restaurant we have offers something different, but here, we'll have something for everybody."

The space, once home to Top This Donut Bar, is small. At 1,500 square feet, it's about a third of the size of Korea House and Seoul. But Choi has added her own modern touches. It's clean and fresh, she said, highlighted by a fireplace, high ceilings -- a feature she particularly loves -- red-accented walls and plenty of glass windows.

The menu features salads and starters such as edamame, Korean-style chicken wings, tempura and kimchi pajon. There are also stone bowls and noodle dishes. And the Chois will carry over some of their most popular sushi rolls, such as the Crunchy, featuring shrimp tempura, avocado and cucumber topped with crab meat, lettuce, tempura flakes, eel sauce and spicy mayo; Kissed by Fire, or spicy tuna and cucumber topped with torched salmon, green onions and tobikko; and the Playboy, filled with shrimp tempura, spicy tuna, cucumber and mango, and topped with shrimp, avocado, eel sauce, spicy mayo and wasabi mayo.

There are also new choices such as the Turpin and Anderson, both nods to the local high schools, and the Beechmont, a deep-fried roll with smoked salmon, cream cheese, avocado, white eel sauce, siracha, spicy mayo, wasabi mayo and jalapeños, named for the township's major thoroughfare. All sushi rolls are listed at half price.

SushiNati also will offer a full bar. The restaurant will serve both lunch and dinner and stay open until midnight on Friday and Saturday nights for the late-night crowd.

"When people look for sushi, they want something healthy, light and fresh," Choi said. "We don't do a lot of decoration (on our rolls); we let the food speak for itself. Our sauces are different. They're all made here. We focus on taste, portion and service."

Choi said she will spend most of her time on site to help get the new restaurant off the ground but said she has no plans of slowing down. Both she and her husband moved to the United States from South Korea in the 1990s and worked at various restaurants before deciding to branch out on their own. They opened the Korea House in 2005 at Harper's Station on Montgomery Road, and in 2016 they followed with 3501 Seoul, a Korean bistro and sushi bar, on Eric Avenue in Hyde Park.

So with a third restaurant now under their belt, do they plan on opening more?

"Why not?" Choi said. "I'm still very energetic. I don't know what's next, but I love what I do. I love my customers. I love my workers. And I really enjoy my job. People want an experience (when they dine out) and they can find that here."