New outdoor concert arena at The Banks could bring 180 shows, 400,000 people to Cincinnati 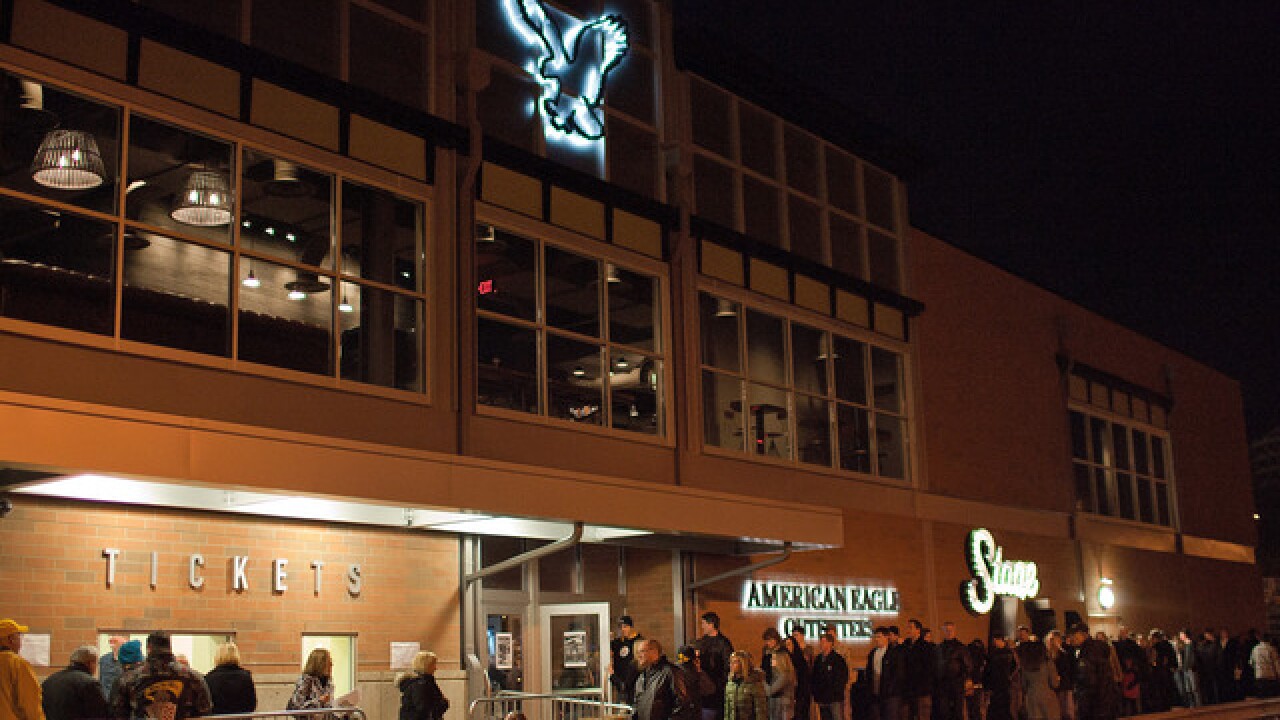 Joey Foley
<p>Fans entering American Eagle Outfitters Stage AE, located near Heinz Field in Pittsburgh. This is similar to the concert venue PromoWest wants to bring to The Banks in Cincinnati. Photo by PromoWest. </p> 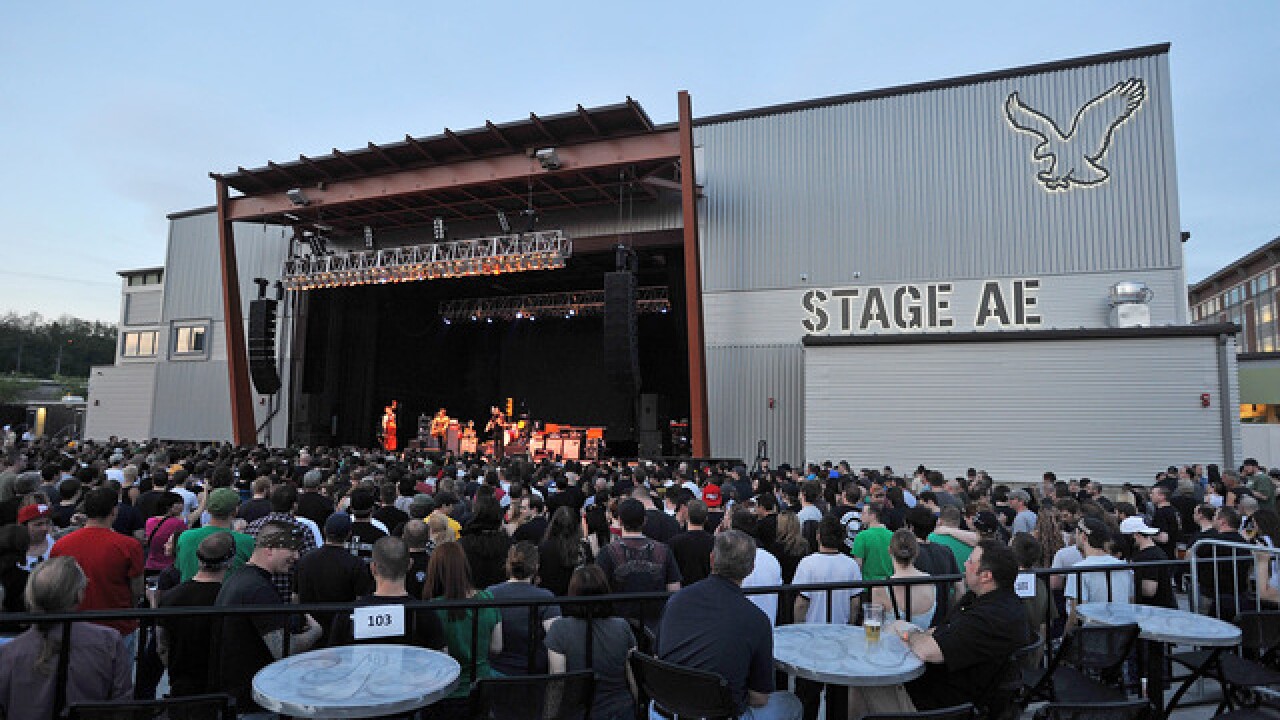 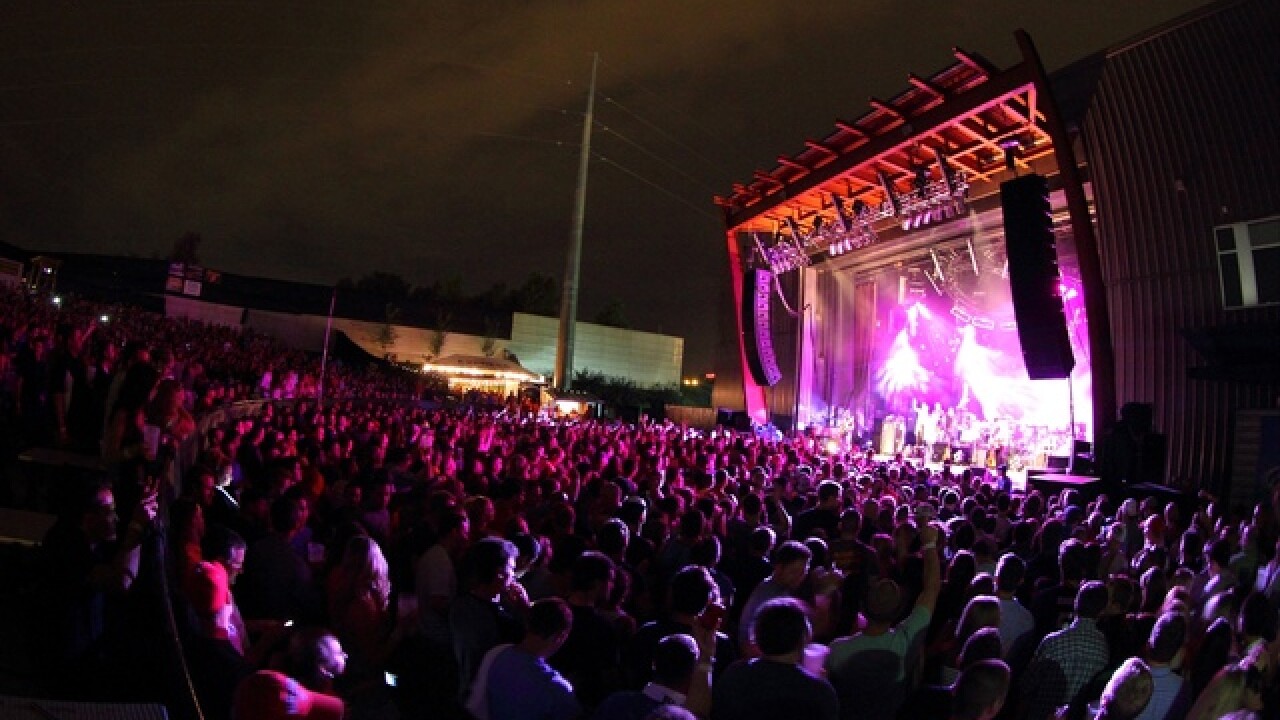 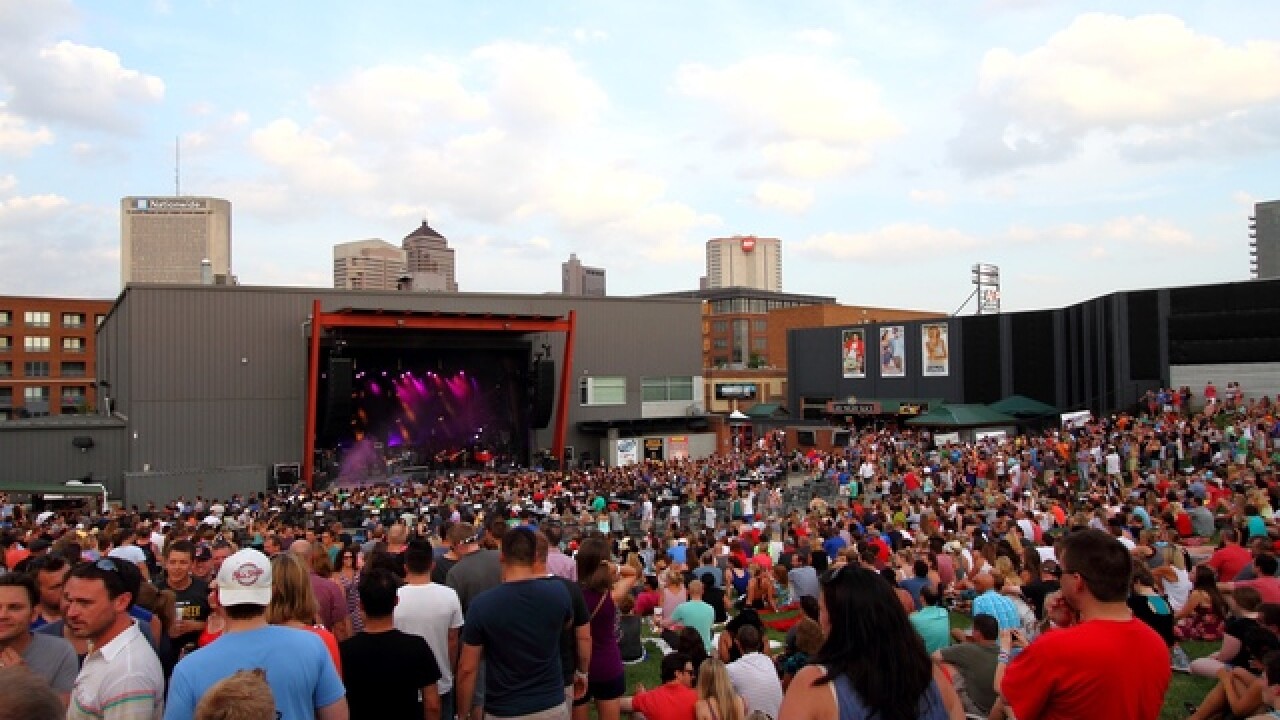 A new concert venue could breathe life into Cincinnati’s riverfront and draw thousands of different people to The Banks development, local leaders supportive of the project say.

Columbus-based PromoWest Productions wants to carve out an indoor and outdoor space on The Banks to host ticketed events featuring bands and musicians.

“Cincinnati is a perfect market … it is a great music town,” said Scott Stienecker, the CEO and president of PromoWest.

His vision for The Banks: construct a 2,400 general admission indoor facility and a 5,000 person outdoor facility. Bigger shows would play outside from May to September while the venue would host smaller shows inside from October to April. The venue could be used 365 days a year.

“That means 180 events would be coming to The Banks that are not coming there right now,” said Stienecker, who believes the concert would bring between 300,000 and 400,000 people to Cincinnati every year. “It would be huge for the restaurants and bars.”

The group hosts concerts with bands that appeal to college and young-professional types, with their target audience  being people aged 16 to 40.

Jean-François Flechet, who owns Taste of Belgium, a popular café that will open its newest location at The Banks in May, said his restaurant might benefit one day from the proposed venue.

“It would be good to bring a more diverse crowd than just sports fans,” Flechet said.

Flechet tried to run a business at The Banks once already, in 2011 when he briefly managed a café at the Freedom Center.

“It was a bad experience, there was not enough density of restaurants,” Flechet said.

Flechet is trying his hand with a restaurant at The Banks again, more confident this time since General Election’s US Global Operations Center, new apartments and a hotel are all slated to open at the development later this year.

But he warns restaurants are still struggling at The Banks, noting the closures of Mahogany’s, Johnny Rockets and the Wine Guy Bistro.

Luring more employers to The Banks, instead of entertainment venues, would benefit more businesses, said City Councilwoman Yvette Simpson. She’s not reviewed the concert venue proposal yet so hasn’t decided where she stands on the idea.

“I’d like to see us prioritize office space before we open more entertainment,” Simpson said. “Once you build on (the concert venue) spot, it’s gone. You can’t put office there. Let’s make sure we’re focused as much as we can to get jobs down there.”

But Hamilton County Commission President Chris Monzel thinks a concert venue will alleviate struggles other businesses face at The Banks.

“I’m very supportive of finding a place for (the concert venue) along the riverfront,” Monzel said. “It brings more people Downtown.”

Hamilton County Commissioners and Cincinnati City Council, which jointly own The Banks, will have to sign off on building the concert venue.

Still, some fear a new concert venue could oversaturate the Cincinnati music scene and create unnecessary noise for people living or working at The Banks.

Todd Portune, also a county commissioner, said he doesn’t yet know enough about the project to offer his support.

“There are a number of unanswered questions regarding the idea,” Portune said. “The arts community also has a concern of what this may do with respect to their ticket prices and things like that.”

The Cincinnati Symphony Orchestra operates two of music venues – PNC Pavilion located at Riverbend Music Center in Anderson Township and the Taft Theater in Cincinnati -- that might face increased competition if a new concert venue comes to town. The organization doesn’t oppose the concert venue proposal but wants to be involved in conversations about the project, said Chris Pinelo, the vice president of communication for the group.

“The CSO supports development in our community and we are aware of early discussions around a proposed music venue at The Banks,” Pinello said in a statement. “The CSO is actively considering how we might leverage our considerable expertise around facility development projects, presenting concerts of all types and event management to support a sustainable, successful new venue to serve our community.”

PromoWest operates two other venues – one in Columbus and another in Pittsburgh, which exists fine with another large amphitheater in the city, Stienecker said.

Cincinnati Mayor John Cranley, who is pushing for the PromoWest project, said the Cincinnati Symphony Orchestra should submit its own proposal to open a concert venue at The Banks.

He’s especially excited about PromoWest’s plan because they have not asked for the city or county to pitch in cash for the project. The public has already invested millions of dollars in The Banks development and new businesses opening there.

“PromoWest’s proposal doesn't require any tax dollars and would enhance the vibrancy of the city,” Cranley said in an email.

Stienecker said he does have someone else in mind to talk to about helping to finance the project. GE, he said, might be a good partner for the project.

“I would love to talk to them about naming rights,” Stienecker said.

GE was attracted to The Banks locations because of the different types of venues there, Jeff Cayman, a spokesman for the company said.

“GE chose The Banks because it provides many of the amenities that help us attract and retain top talent,” Cayman said.