New luxury apt. and retail/office development could nudge Silverton from a village to a city 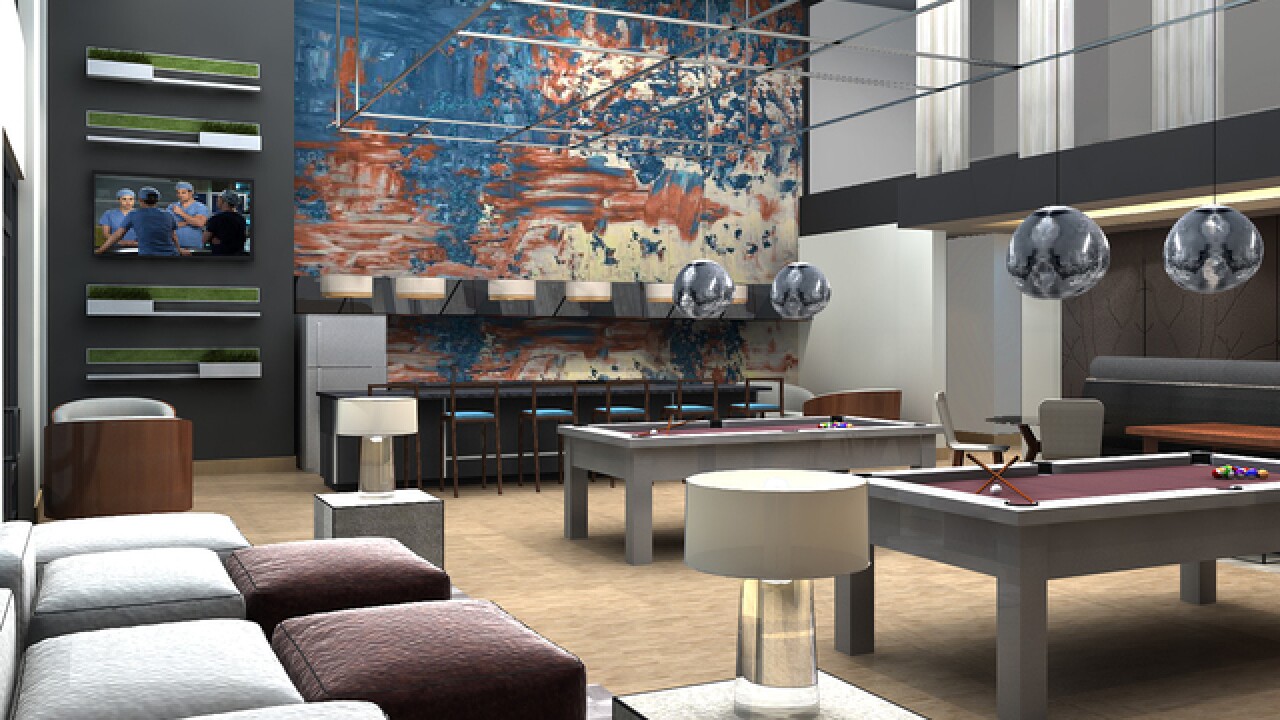 Copyright 2018 Scripps Media, Inc. All rights reserved. This material may not be published, broadcast, rewritten, or redistributed.
Provided
<p>Silverton's new Residences at Ag47 will be made up of 204 luxury apartments in three buildings. Here is an artistic rendering of one such residence.</p>

SILVERTON, Ohio -- One Greater Cincinnati suburb may soon get a second shot at city status.

A development featuring luxury apartments is under construction in the village-turned-city-turned-village known as Silverton.

The apartments, located near the intersection of Montgomery and Stewart roads, are part of a mixed-use project co-developed by Miller-Valentine Group and Jeffrey R. Anderson Real Estate.

The development, dubbed Ag47 after the periodic table name for silver, is composed of two construction phases. The first, currently underway, includes 204 apartments housed in three buildings. The second phase will be one 60,000-square-foot building designed for retail and office space.

The site appealed to developers for multiple reasons, including its proximity to I-71 and Kenwood Towne Centre. While the nearby mall offers plenty of retail amenities, there aren't a lot of new multi-family developments or offices in the area.

The location of the development is a boon for the village as well.

"It's kind of the gateway into Silverton," said J.R. Anderson, director of development for Jeffrey R. Anderson Real Estate .

Village officials hope to see Silverton achieve city status again, but the potential to simply increase the population is a win.

"The point isn't so much whether you're a city or village," Carroll said. "The point is we will have reversed 50 years of population loss with this development."

The Residences at Ag47 are expected to be complete around spring 2019. Construction on the commercial building will begin once developers have enough space pre-leased.

"That's not so much a date as it is a milestone," Carroll said.

Although developers aren't rushing to begin the second phase, they hope to start construction around spring of next year.

"Our goal is to reach the pre-leasing threshold needed by the end of the year," Copfer said.

Representatives for the developers are in discussions with potential business tenants.

"We want to get the right tenant mix for that building," Copfer said.

Financial services and information technology companies are among the types of businesses that might find the office space appealing. The retail space would be best suited for restaurants and health and beauty services.

That mix would ideally include a unique restaurant option, Anderson said.

"We're trying to get more local," he said.

In addition to offering a population boost, the development holds a promising forecast for expanding the village's tax base.

"Our calculation is that this project will expand our tax base by between 15 and 18 percent on a mere 2 percent of our land area," Carroll said.

Ag47 is one of a few projects underway fueling revitalization in Silverton. Road construction and streetscaping are underway on Montgomery and Stewart roads. Village officials also recently relocated to a new municipal building to make way for a brewery in the former space.

Village officials and developers anticipate the trend to continue.

"I think it (Ag47) will definitely spur other development in that part of the Montgomery corridor, specifically in Silverton," Copfer said.