Neighbors unsuccessful in pushing back on latest, multi-million dollar development 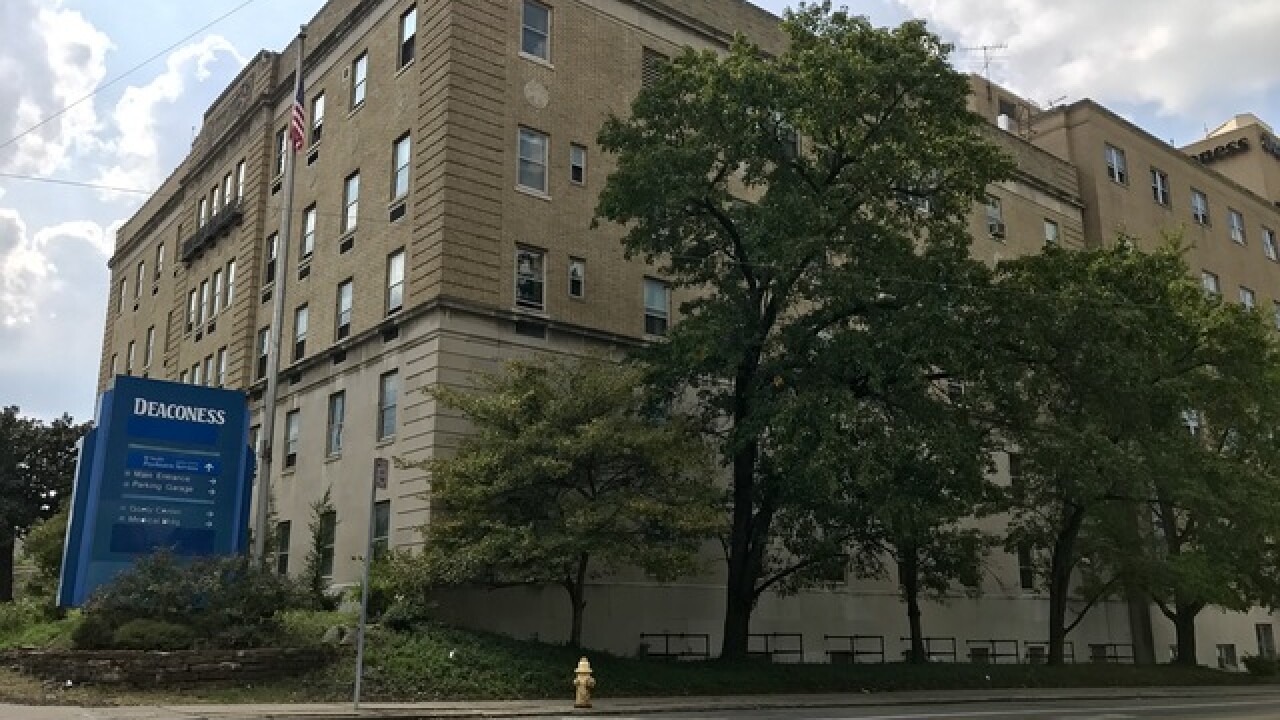 Copyright 2017 Scripps Media, Inc. All rights reserved. This material may not be published, broadcast, rewritten, or redistributed.
<p>The site of former Decaoness Hospital has sat vacant for roughly five years. Indiana-based developer Trinitas Ventures plans to build a student housing complex that will open in 2019 there. </p>

CINCINNATI – Developers promised Cincinnati City Council an old, empty hospital site will become a $108 million student housing complex that brings 280 construction jobs and 350 housing units to the neighborhood near the University of Cincinnati.

Clifton Heights neighbors, however, fear they will hate the sight of the 13-story complex towering over their streets.

So for the second time in weeks, City Council was forced to choose a side: the business planning to invest millions in new construction and jobs – or the neighbors who don’t want to be stuck living near a massive, new development.

Both times, the development won out.

“The city is such a hot development place,” said Hamilton County Democratic Chairman Tim Burke. Burke, who is a lawyer, has been on both sides of similar development disputes. “There’s a lot of action going on and lot of fights going on.”

Within the last month, two major, multi-million developments that are typically hailed as signs the city is on an economic upswing have, instead, been met with resistance from those who live near the projects.

The controversies show how difficult it is for neighbors to rally against a project and win. Now, some are calling for the city to seek greater community input before signing off on huge, new developments.

These developments have also become political land mines for some City Council members, as they try to balance the wishes of the neighbors they represent but also show support for new development in the city.

In August, Avondale neighbors objected to Cincinnati Children’s Hospital Medical Center proposed $650 million expansion that will create 600 new jobs and accommodate 26 percent more patients. Neighbors were upset the project would knock out homes, further eating into the neighborhood. The hospital’s supporters said Children’s had worked with the Avondale community for years on the design of the expansion.

“Developers don’t know when or how to engage with communities,” Councilwoman Yvette Simpson said. “They often do it later in their process, so any changes we recommend seem like a hindrance.”

Simpson, who is running for mayor, has faced intense scrutiny in recent weeks over her decision to vote against the hospital expansion.

Yet Simpson, who did vote for the Trinitas development, said she wants the city to encourage developers to work with neighborhoods earlier in planning stages.

“The challenge with some of the more recent development is … the community organizations aren't getting them early enough,” Simpson said. “We are often put in a situation where if you ask any question you’re seen as hindering the development.”

‘What about the people?’

The site Trinitas plans to develop into apartments on Straight Street is surrounded by UC’s campus, Uptown, fraternity houses as well as single- and multi-family dwellings.

Last week the Clifton Heights Community Urban Redevelopment Corporation took the unusual step of asking the city to hold off on a 15-year property tax exemption for Trinitas. Withholding the tax abatement would incentivize the developer to work with upset neighbors on the building’s size, hoped Matt Bourgeois, the corporation’s director.

“It really comes down to that it’s an aesthetic concern,” Bourgeois said of the community’s complaints.  “It comes down to sheer scale and size. Literally everything else around it is 2 to 3 stories high.”

“At some point you have to say: ‘What about the actual people?’” Ziegler said. “The city really betrayed us. Here’s this huge thing being built, that nobody wants, by an out-of-town, for-profit corporation – and we’re giving them a tax abatement.”

But delaying or denying the tax abatement could have jeopardized financing for the project, said
Travis Vencel, the vice president of development for Trinitas. He wants to open the apartment complex for the 2019 school year.

And Trinitas had made a number of changes to the project, such as adding more parking spaces to ease traffic concerns, Vencel argued.

“We got input from a variety of stakeholders,” Vencel said. “We have continued to try and engage stakeholders.”

But some residents insist they were cut out of the process and had no opportunity to weigh in on the student housing project. The complex, they say, doesn't fit with the community plan both residents and city officials developed for the area just last year.

Vice Mayor David Mann voted against the project. He believed neighbors, who said the Trinitas ignored complaints from the community. (Mann supported the Children's Hospital expansion.)

The building, he agreed, will dwarf the CUF neighborhood.

“I am really bummed that it’s going forward,” Mann said. “My sense was (the developer) had not done nearly all that he could. The development is massive, and the scale is out of proportion. One more ugly building is not a good thing.”

It can be difficult for neighbors to rally against a project and win.

A mixed housing project called Liberty & Elm, the demolition of the historic Dennison Hotel Downtown, and a plan to tear down King Records studio in Evanston have all come under fire from neighbors in the last year.

While the city is still trying to purchase the King Records site, attempts to halt or change the other projects have failed.

A battle over a proposed soybean plant in Sayler Park nearly 40 years ago, for example, was one of Burke’s first big development cases. Neighbors plastered the streets of Sayler Park with signs that thanked the City Council members who opposed the plant. The soybean plant, which Burke was representing, was never built in Cincinnati.

“Council members have to decide in these difficult fights whether or not the project is so good that they’re willing to stand up for it over the opposition the neighborhoods,” Burke said.

In Simpson’s case, her opposition to the hospital expansion last month continues to haunt her on the mayoral campaign trail.  She was one of three council members to side with dozens of upset Avondale residents who were concerned that the hospital continues to eat away at the neighborhood’s housing stock.

Simpson’s failed proposal included a series of changes – including one that would have required Children’s to make an extra $15 million investment in neighborhood projects – to gain council’s approval for a zoning change. Critics accused Simpson of trying to extract more money out of a nonprofit hospital that already promised to invest $11 million in the community.

“What we were trying to do was create a win-win,” Simpson said.

It was a political gift for Mayor John Cranley – who is running for re-election against Simpson – and has since used the vote to question how well she would work with future developers or businesses as mayor.

“What’s scary is that the proposal she made was in writing, which was so egregious to everybody, for good reason,” Cranley said at a debate last week. “What scares me is she keeps saying the conversation with Children’s is going to keep going so that if she is mayor, she could insist they meet those demands.”

Simpson has since stood by her vote, citing concerns about safety and blight when more houses are torn down in Avondale.

She also faults city policy for failing to have a consistent process in place for developers to meet with neighborhoods when they want to build in a community. The city’s 52 neighborhoods would benefit, too, if each one created a plan for the types of developments they want on their blocks.

“What delays us is when we wait until the end to engage the community,” Simpson said. “We don’t win if businesses don’t feel like they’re loved by the community.”