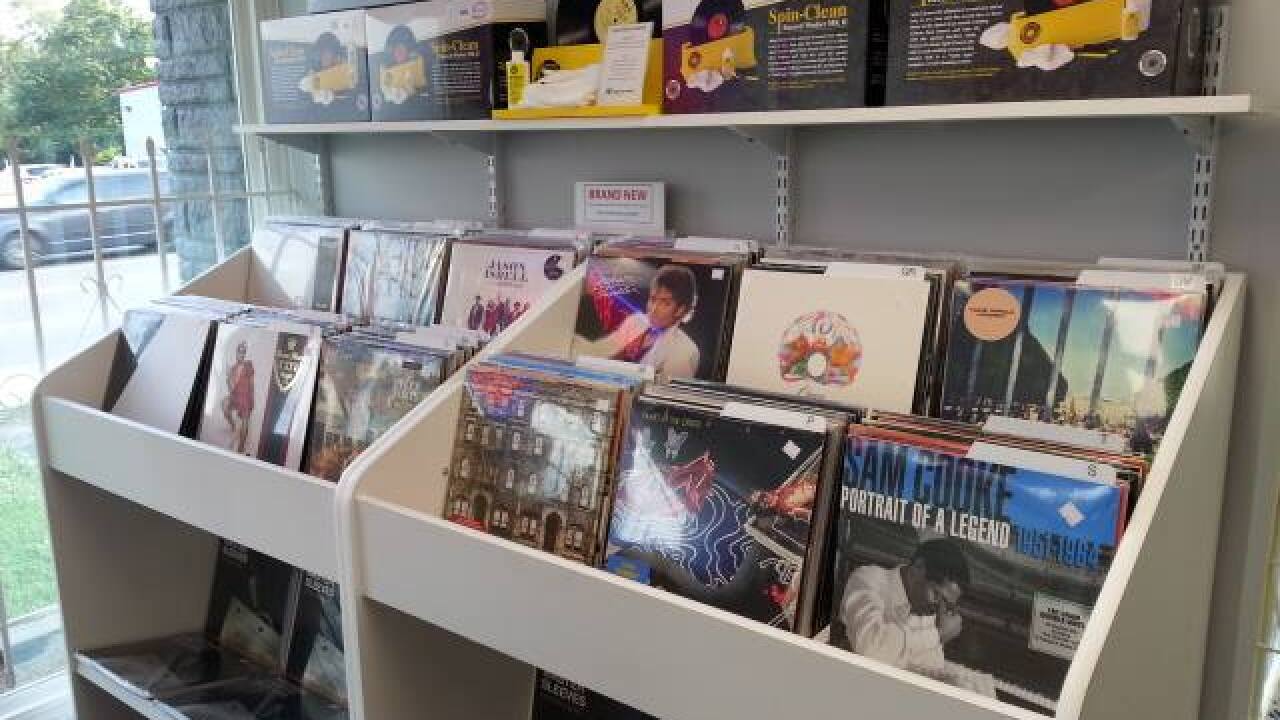 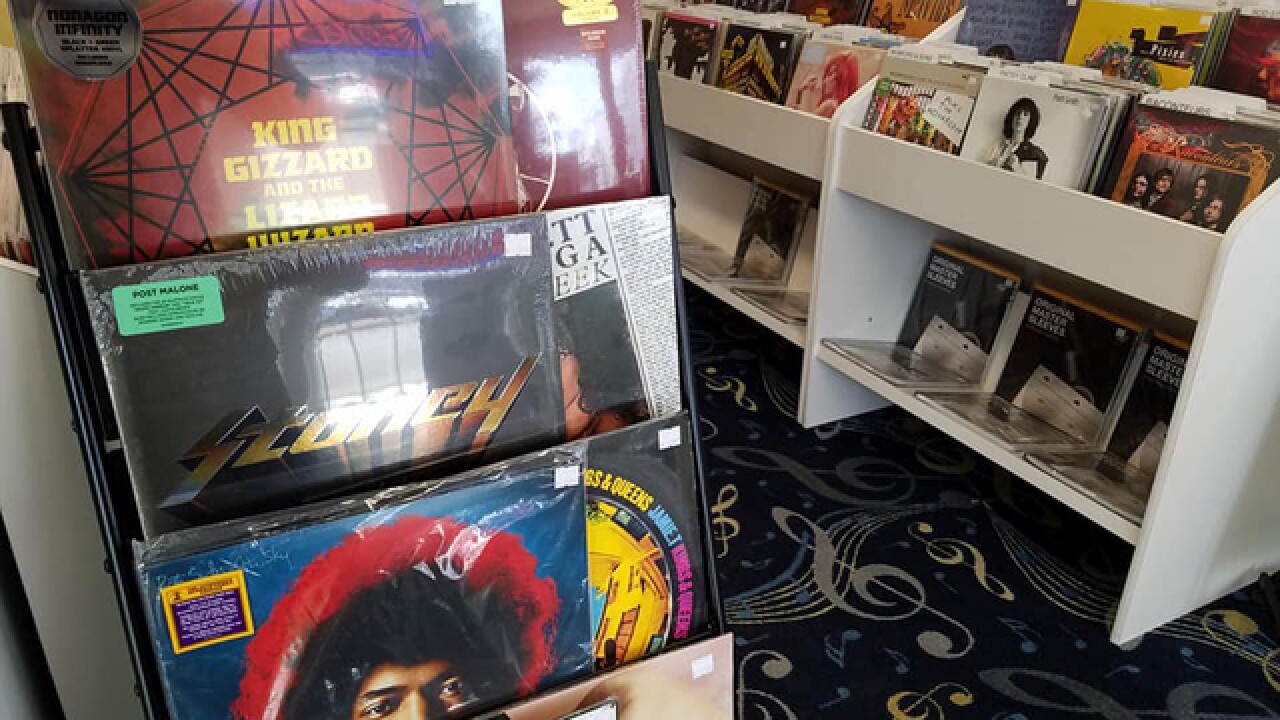 FLORENCE, Ky. -- Music fills the rooms of Morrow Audio Records. Musical notes spatter the carpet where shoppers peruse bins of albums, flipping between an array of musical tastes as the vibrant sounds of vinyl fill the air.

Teens search for new releases while a 30-something man searches through the '90s rock. It is a day like any other at the Florence record shop where shoppers have taken a renewed interest in the once-outdated musical format.

According to Statista, 14 million LPs were sold in the United States in 2017, up more than 1,000 percent from 2007. Mike Morrow, himself an avid fan of the format, saw the increased interest as a business opportunity and opened the store in September.

"We started to see that vinyl was beginning to be sold everywhere. It felt like a resurgence," said Billy Harris, who manages the store for Morrow. "We looked at the numbers, and it had grown over the last two years. Business has been really, really good. It's been a great first year so far."

According to Nielsen's 2017 year-end music report, LPs accounted for 8.5 percent of album sales in the United States. When accounting for streaming and downloads of single tracks, that number drops to 2.5 percent of total music consumption. Still, vinyl sales are impacting the music market and are enough to keep no fewer than 16 record shops in business in the Cincinnati area.

"There is definitely enough market share for everyone. What we've been finding is that you get a different experience everywhere you go. Some are looking for a more traditional experience, and we like that, too, but we aren't that. We offer something different. We really try to offer a little touch of everything. We want to expose people to more diverse music."

The store is also a one-stop shop for music shoppers, selling hi-fi players, speakers and accessories needed to play the records.

Although Morrow is new to the scene, several shops have been around since records were hot the first time around.

C&D Record Bar, the oldest of the group, has sold records, along with a number of other formats, since it opened in Newport in 1957. Although CDs have been and continue to be a significant part of the store's sales, it is records -- albums, LPs, 45s -- that drive the business.

"People finally realize records are a better way to listen to music because of the fidelity. It's nothing new to me but it is more popular now with the new generation," said manager David Heil. C&D is one of the few that carries a wide range of 45s most often used in jukeboxes.

The record renaissance has brought a new audience to vinyl, many who weren't even alive before CDs and some who have only previously purchased music online. Today's record shoppers don't fit a particular demographic, with a wide range of age, gender, and musical taste.

While classic rock and alternative are two of the biggest-selling genres in vinyl sales, country star Chris Stapleton is the highest-selling record at Morrow Audio. Everybody's Records has a devoted heavy metal following but quickly sold new releases from Willie Nelson and Neil Young.