A new bridge would only help some road users 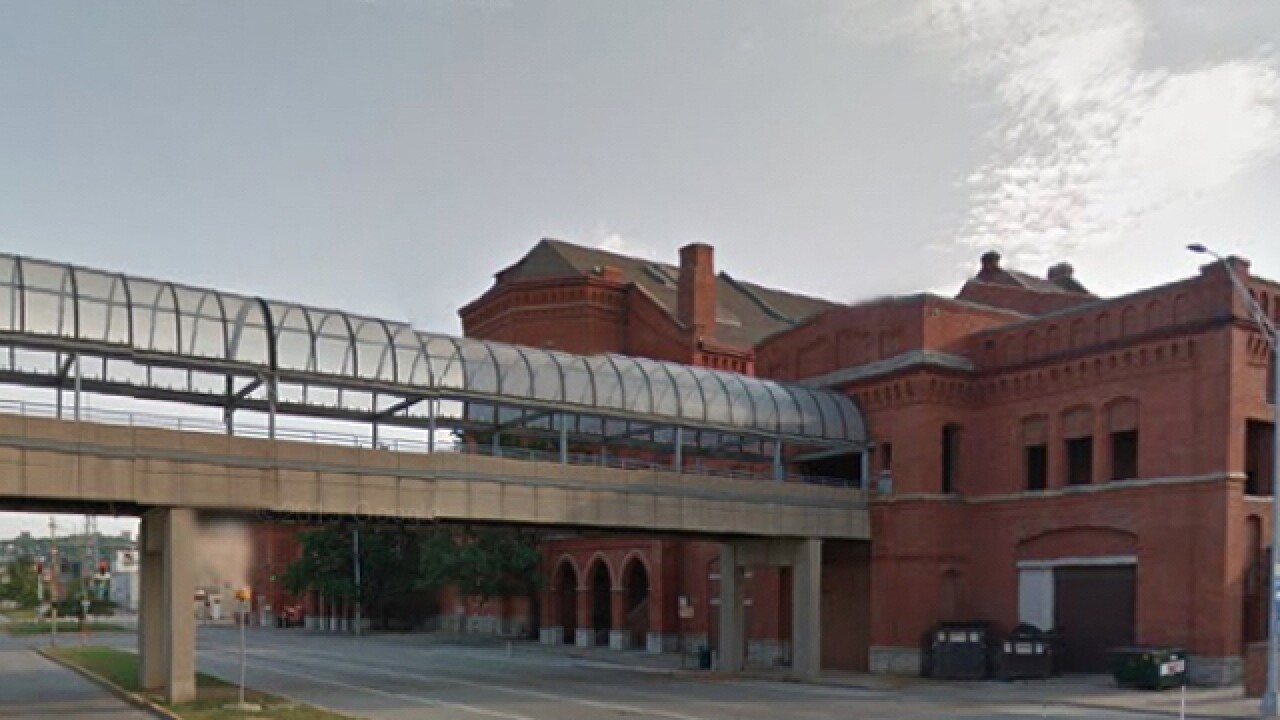 CINCINNATI -- There's an urgent problem looming over Central Parkway, just behind Music Hall. The good news is city leaders are working to address it. The bad news is the way they're talking about doing it.

Just over a week ago, engineers told City Council that the pedestrian bridge spanning Central Parkway between Music Hall and the Town Center Garage building was in threat of "imminent failure." This came a little more than a year after the city closed the bridge to pedestrian traffic.

But now, with two lanes of traffic shut down under the bridge due to safety concerns, what could literally be a million-dollar question is thrust in leaders' faces: Do we fix it or replace it?

Here's a third option: What if we just took it down and, instead of replacing it, we just made the street safer for everyone?

There was some debate during Wednesday's council meeting, when Vice Mayor David Mann presented a motion declaring council's intent to demolish and replace the bridge.

"Something has to be done," Mann said. "The choices are spend money to shore it up for a while and that could be accompanied by a second option to repair it permanently. But there are some of us who feel strongly that would be money poorly spent."

To clarify, there's no cost estimate yet -- even for what it will take to bring the bridge down -- and City Manager Harry Black balked at providing a guess Wednesday.

"It could be something less than a $1 million, it could be something greater," he told council members, and Mann reminded his colleagues of the important point that private donors have upped their ante to more than $1.5 million in light of this new development with the bridge.

"I just don't think it's an appropriate use of a million or more dollars when we have a grand entrance to Music Hall on the side of Washington Park," pointing out the new garage below the park and promised shuttle service from the Town Center Garage.

Seelbach also pointed to efforts he and Council member P.G. Sittenfeld launched in 2016 to increase pedestrian safety throughout the city, efforts the two were able to find about $500,000 to support.

"I found (the motion) disheartening," he said. "I think the priorities are not in the right place. If we had a million dollars toward pedestrian safety, I'd ensure every kid can get across the street to get to school and not that someone going to the symphony -- who I greatly appreciate -- has a bridge to cross."

Seelbach's concern points to a bigger issue throughout Cincinnati, one that a project like this bridge represents: a deficient consideration of road equity, across all users -- particularly pedestrians.

Consider this, Central Parkway at this spot is six lanes wide. Add on top of that a decently sized, grassy median, with long city blocks -- which often means fewer crosswalks.

What do lots of motorists tend to do on a road that wide? Speed. It also makes the pedestrians less visible, increasing the risk of an incident.

You could make the argument that replacing the bridge is itself a pedestrian safety measure and you wouldn't be totally wrong.

But devoting resources to a project like a pedestrian bridge will almost always miss the larger issue of trying to calm traffic in that area. In other words, it favors one -- in this case, relatively small -- population of street users.

It could even encourage complacency, if only unconsciously, toward taking measures to slow down drivers and make the street safe for everyone involved. In other words, it could make matters worse, or at least not make it any better.

"I would hope we'd think about this in terms of all users," said Over-the-Rhine resident and community council member Margy Waller.

Waller has a front-row seat to this issue, living only a block away from Music Hall. She pointed to the way Central Parkway's design and the garage combine to inhibit back-and-forth flow between Over-the-Rhine and neighboring West End.

"The garage creates an unfortunate barrier between these two beautiful neighborhoods," she said.

It's a similar scenario a few blocks north, where Central Parkway meets Liberty Street. It's a wide and busy thoroughfare that advocates say needs to be redesigned if northern Over-the-Rhine has a chance of developing like its southern half has.

It's a growing realization more and more city engineers and planners have been finding for the last decade or so: Neighborhood revitalization starts with people-first street designs. That is, less parking, fewer and narrower lanes, and plenty of crosswalks, among other factors.

It's a concept some refer to as "walkable urbanity," says David Ginsburg who heads up the nonprofit Downtown Cincinnati Inc.

"We've learned this in many cities," Ginsburg said. "Walkable urbanity is just an interesting pedestrian environment where people would be more likely to walk rather than drive. It's where storefronts are interesting. It's where there's a lot of sidewalk seating.

"It's just more eyes and ears and people at the ground level," he said.

Redeveloping the Town Center Garage and WCET building, and the general vicinity around Music Hall, is on Mann's mind already, as he's stated multiple times in the past, including Wednesday.

But it won't be a new bridge that makes that happen. Central Parkway will need to calm down.