More Tri-State jobs accessible by public transit, study says, but is it enough? 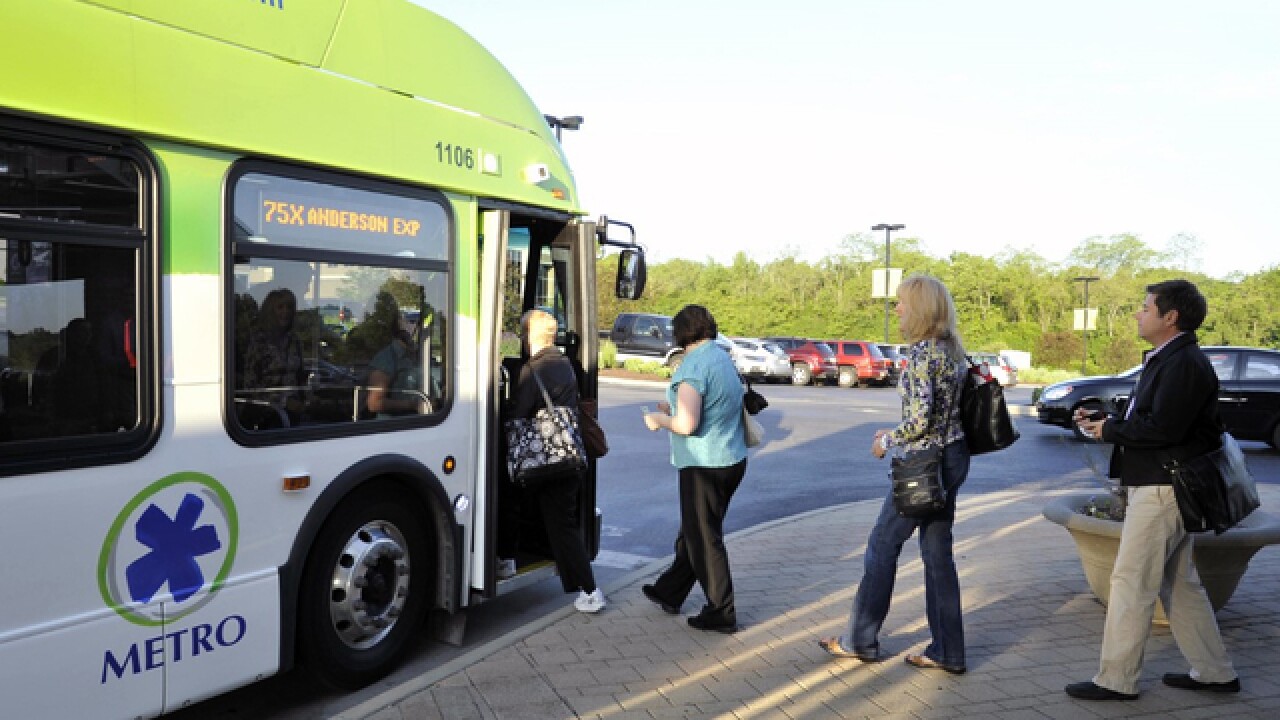 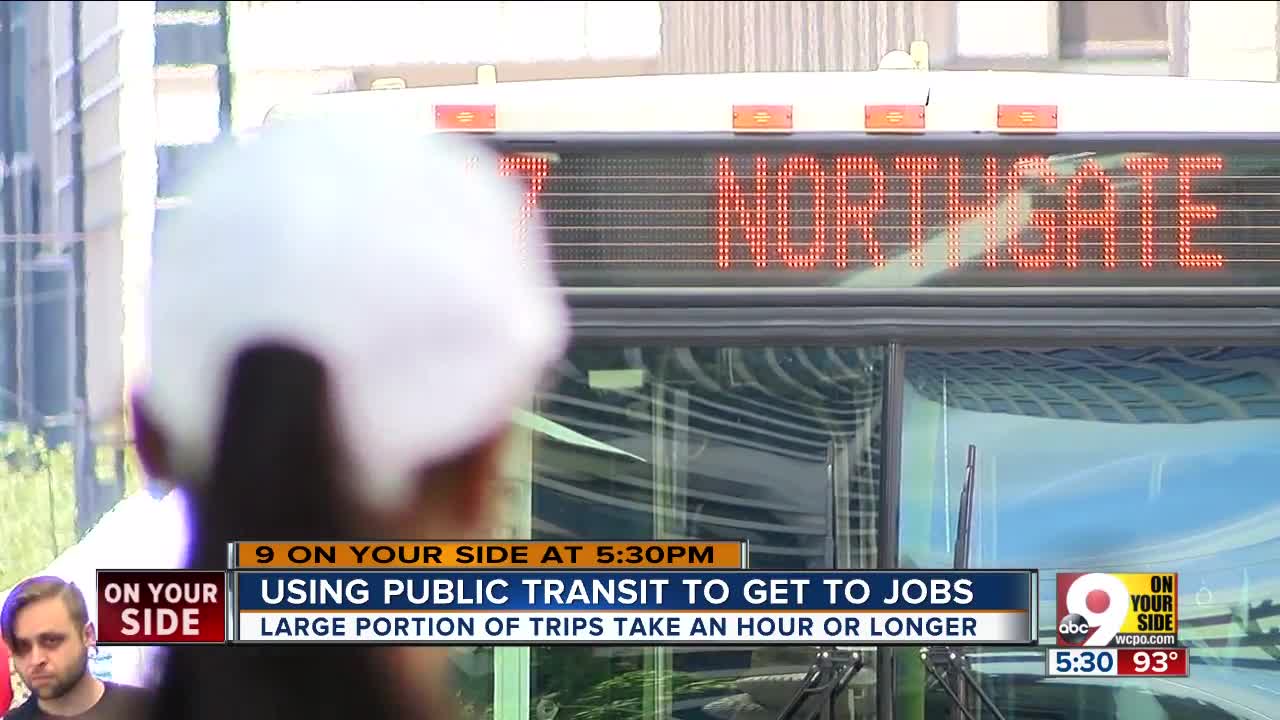 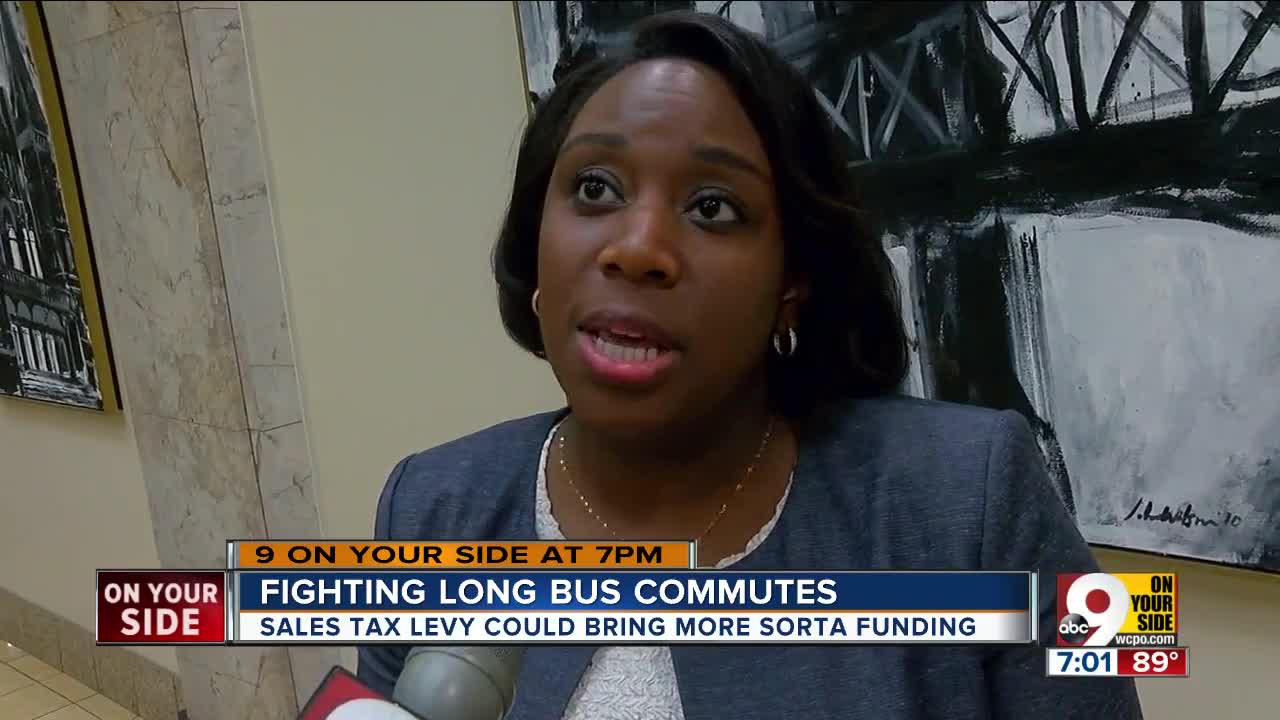 CINCINNATI -- The Tri-State is among the nation's top regions when it comes to increasing the number of jobs accessible by public transit, but a large portion of those trips still take an hour or longer.

In fact, only 10 percent of Tri-State jobs can be reached by bus in less than an hour.

That's according to a new study out of the University of Minnesota's Accessibility Observatory, which reviewed transit data from 49 metropolitan areas across the country. The goal was to evaluate each region's accessibility to jobs by transit and walking.

The study found that public transit in the Cincinnati metro region ranked 10th in the nation for growth in providing job access to area workers. The region's public transit agencies include the Southwest Ohio Regional Transit Authority, which owns and operates Cincinnati Metro, and the Transit Authority of Northern Kentucky, which operates its own bus service. The study included data from both agencies.

Between 2016 and 2017, the Tri-State saw just shy of a 7 percent increase in the number of jobs accessible by public transit -- about .2 percent behind ninth ranked Minneapolis, the study found.

Also in the top 10 are a number of the region's peer cities, including Kansas City, Mo.; Charlotte, N.C.; Columbus; and Minneapolis.

So does this mean Metro and TANK's bus service is ramping up? Not necessarily, says Accessibility Observatory's director, Andrew Owen.

"These accessibility measures go beyond just measuring transit service," Owen told WCPO. "Land use, where the jobs are, where the people are is a big part of it, too."

In other words, increased transit service isn't necessarily a must when it comes to increasing transit access to jobs.

"I think, nationwide, these factors are probably roughly equal. When you get down to individual metros, I think they’re dominated by one or the other. It varies a lot place to place depending on location."

Cam Hardy -- who heads up the grassroots bus advocacy group the Better Bus Coalition -- said the study's conclusion about Greater Cincinnati's transit access "was anything to brag about."

"I'm excited that we have yet another study to prove that we need investment into Metro, and we need it immediately," he said. "We're still at the bottom when it comes to being accessible."

Taking a deeper dive into the numbers shows that, when considering number of jobs accessible along with commute duration, Greater Cincinnati plunges down to 39th overall -- never ranking above 30th when it comes to amount of time spent on a bus commute.

That's because the vast majority of commutes by bus take more than 50 minutes.

But, at the same time, the study also found that roughly 46 percent of all bus commutes taken in the Tri-State take 60 minutes or more. That percentage jumps to 75 percent when factoring in commutes of 50 minutes or longer.

"This really didn't change anything. It just solidified what we already know," Hardy said.

As WCPO has reported extensively, access to jobs and reliability of service -- that is, not only will a bus be on time, but does it come frequently enough to be practical -- top Cincinnati Metro's concerns as it faces declining ridership and a huge budget gap over the next decade .

Since 2012, Metro has seen an average of roughly a 3-percent decline each year, according to a recent financial analysis by the professional services group Ernst and Young.

The cost of fare is a factor the report did not calculate, but is very much at play when considering Tri-State commuters' ability to rely on public transit to get to and from work. As WCPO previously reported, the SORTA Board of Trustees anticipates bus fare increases in coming years, which means some two-thirds of low-income bus commuters wouldn't be able to afford taking the bus to work .

Access Across America: Transit 2017 by WCPO Web Team on Scribd