Medical marijuana in Ohio: Where do local doctors stand? 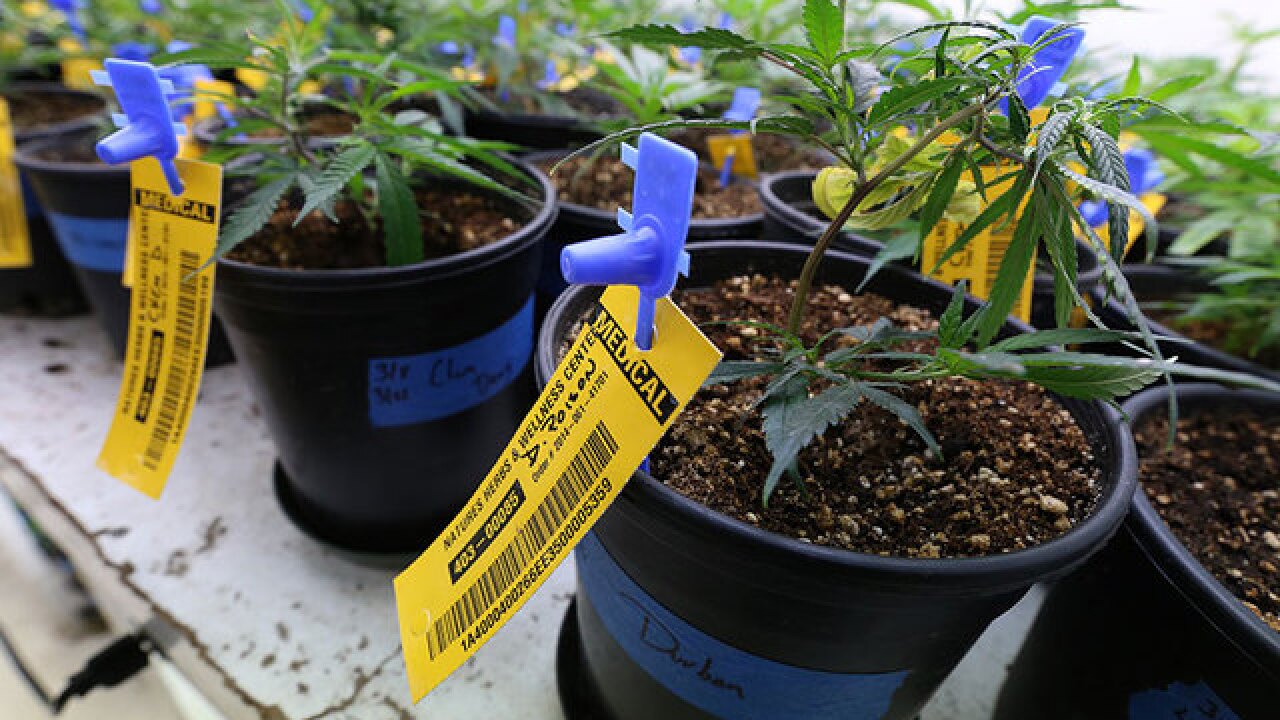 CINCINNATI -- Potential bottlenecks are brewing as Ohio races against a September deadline to have its medical marijuana program fully up and running.

Among the biggest unknowns: Will enough doctors sign up to recommend the newly legal drug?

"This is a big issue, because the physicians are the ones with their hands on the spigot," said Dr. Mark Welty, who is a board member for the Ohio Patient Network -- a patient and cannabis advocate nonprofit. "They will control how quickly this program begins to flow."

Under Ohio's laws, patients are only eligible to use medical marijuana if they have one of 21 qualifying conditions and a recommendation from a doctor.

Before making any recommendations to patients, doctors must take a two-hour state-approved training course from one of three vendors Ohio has tapped to deliver the online and in-person classes. After that, a physician must then apply through an online portal to officially be certified with Ohio's Medical Board.

That online system isn't operational yet, though state officials have said it should be by early spring.

Extra Step Assurance, one of the three approved training firms, has been hosting courses for physicians for several months. The $259 course covers a range of topics, including peer-reviewed research on the uses for medical marijuana, dosing recommendations and busting myths about medical cannabis. More than 100 Ohio physicians have taken Extra Step's course, said Cheryl McDaniel, the firm's CEO.

"That sounds exciting on one hand, but on the other... it's a very slow start," said McDaniel, noting that as many as 200,000 Ohio residents could be eligible to use medical marijuana.

A second training firm, The Medical Cannabis Institute also told WCPO that the number of doctors taking their training had been low so far.  The third company,  TheAnswerpage.com, couldn't be reached for comment.

"It's early," said Tessie Pollock, a spokeswoman for Ohio's medical board. "We've just started letting physicians know the courses are available. We feel very comfortable with how things are going."

At Extra Step, McDaniel said more than 95 percent of the doctors trained so far are from northern Ohio, near Cleveland. Just six doctors from the Greater Cincinnati area have gone through course, she said.

"It's a huge concern," McDaniel said. "This is really going to impact how (patients) can access the treatment."

That's a big concern for local residents Glenn and Cas Plott. Their 27-year-old son William has suffered more than 100 seizures each month since he was 6 months old. Two years ago he began a medical trial with the University of Cincinnati's Epilepsy Center that's studying the effect of a marijuana-derived medicine called Epidiolex. Since then, his seizures have dropped to fewer than five a week on average.

"I grew up in a world where marijuana was considered a bad thing, but now we're seeing first hand that it can actually be a very good thing," Glenn Plott said. "When I look at this kind of success, I don't understand the delay."

In Ohio, a majority of the state's more than 41,000 doctors work for large health systems. Cleveland Clinic, for example, employs more than 3,500 physicians.

"A lot of (health systems) have really put the kibosh on encouraging doctors to go get this education," McDaniel said.

In a survey of Greater Cincinnati's largest health systems, only the Christ Hospital Health Network said it had plans to ensure that its more than 1,000 local physicians receive the required training.

"I just think that's the responsible thing to do," said Michael Jennings, chief clinical officer at Christ. "This is first and foremost a patient care discussion. Even if they don’t want to get certified to recommend, they still need to know about the pharmacology because they will undoubtedly be seeing patients who are on one of these products from another provider."

A UC Health spokeswoman told WCPO that it was taking a "wait and see" approach as the health system learns more details about the required training and the new law.

In a statement to WCPO, officials at Cincinnati Children's Hospital Medical Center said the "legal and regulatory landscape for medical marijuana...remains complicated. We can better evaluate the use of medical cannabis if that landscape clears."

Mercy Health said it has no plans at this time to ask physicians to get training or become certified because marijuana "remains illegal under federal law and federal government has indicated it will enforce federal laws against the drug in states that have decriminalized its production and sale, including for medical purposes."

TriHealth did not respond to WCPO's calls about its position on medical marijuana.

At Extra Step, McDaniel said the firm regularly gets inquiries from doctors who ask if their name will be shared publicly or with the state if they pursue the training.

"We do have a lot of physicians who say, I'm not ready for my name to be reported (for certification), but I do want the training," McDaniel said.

Is Ohio's medical pot program poised to fail before it begins?

The doctor dilemma in Ohio is a problem that could threaten the state's entire medical marijuana program.

Dozens of newly formed companies are investing millions of dollars into medical marijuana startups to grow, process and sell the drug.

RELATED: Meet some of the people who might become Ohio's first legal pot farmers

Late last year, Ohio awarded 24 firms the right to grow the state's first batch of legal medical cannabis. In the coming months, dozens more business licenses are expected to be awarded to firms that will process the drug into allowable forms and to dispensaries that will sell the drug.

"If you don't have physicians recommending (medical marijuana) to patients, those businesses are going to fail," McDaniel said.