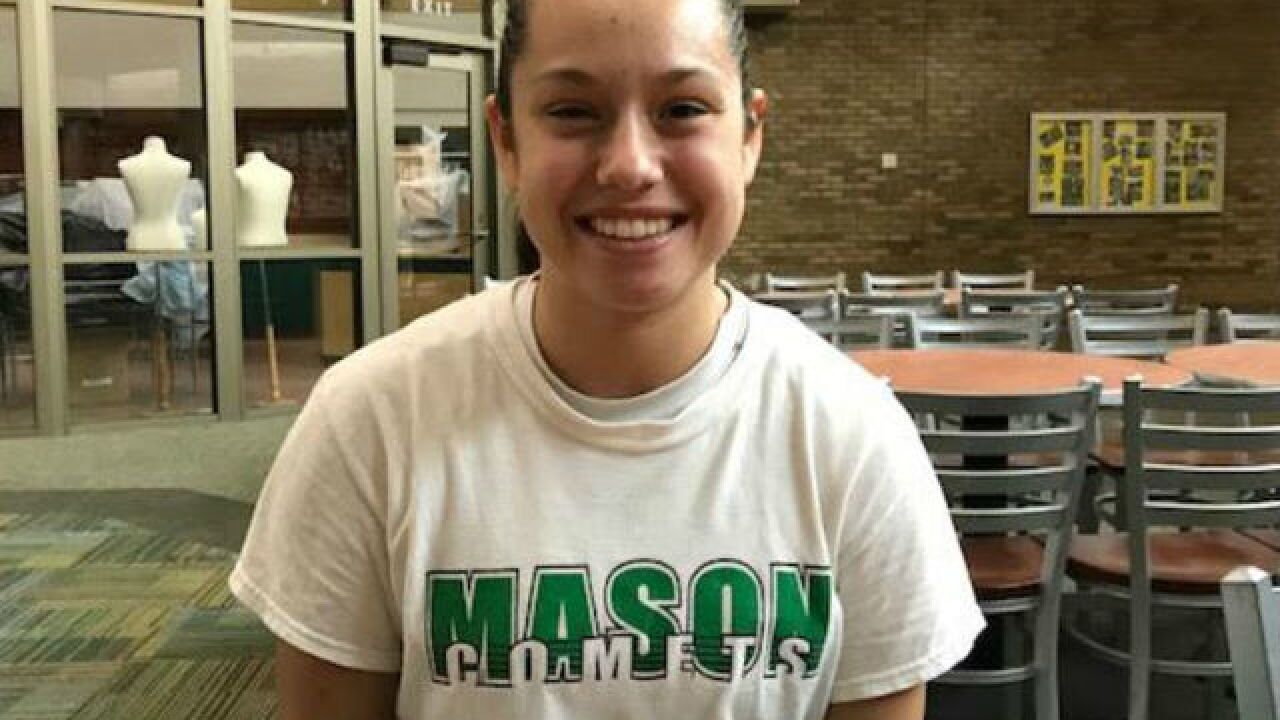 Copyright 2018 Scripps Media, Inc. All rights reserved. This material may not be published, broadcast, rewritten, or redistributed.
<p>Mason 2020 guard Megan Wagner has scholarship offers from Northern Kentucky University and Detroit Mercy. Wagner's fundraising efforts for pediatric cancer research has been lauded by her coaches at Mason. (Photo by Mike Dyer)</p>

MONTGOMERY, Ohio -- Mason junior guard Megan Wagner has discovered a niche for helping others. And it hasn't gone unrecognized.

Wagner participated in the Ohio Girls’ Basketball Report’s Crystal Ball Monday at Sycamore High School -- a place that carries extra significance for Wagner and her teammates.

Not only are Mason and Sycamore Greater Miami Conference rivals during the winter, but they have teamed up the past two seasons to benefit “Live for Liz” to raise funds for pediatric cancer awareness and research.

"It’s pretty cool because both teams are able to put aside their differences and fight for a common goal,” Wagner said.

Former Mason basketball player Liz Lothrop died in May 2016 after having childhood leukemia and then a brain tumor after the leukemia went into remission.

Wagner, a member of the 2020 class, never met Lothrop. But, Wagner, who turns 17 on July 16, and a few friends started a fundraising campaign to benefit CancerFree Kids, an organization in which Wagner’s mother, Amy, sits on its Board of Trustees.

The teams organized T-shirt sales, raffle baskets and split the pot at games the past two seasons in January and February. Randy Lothrop, Liz’s father and a Sycamore teacher, spoke at the game this past season at Sycamore.

Wagner, who has scholarship offers from Detroit Mercy and Northern Kentucky University, said there are efforts underway to get a doubleheader basketball game this upcoming winter with the boys’ teams.

Megan Wagner attended several CancerFree Kids events as a youngster and felt mobilized to start her own campaign after Lothrop’s death.

“Her leadership is so natural,” Clark said. “She has a big heart and is so caring.”

The schools raised $25,000 from the past two seasons with fundraising efforts centered around the games. In late June, Wagner was able to be a part of the check donation to Cincinnati Children’s Hospital.

All told, CancerFree Kids donated $800,000 for research, according to Amy Wagner.

Wagner was able to listen to the doctors explain updates with their research and plans for the financial donations.

“Just being a part of it has really been awesome,” Megan Wagner said Monday. “It’s been such a great experience. It’s something that I would love to do later on because I feel raising money and eventually trying to find a cure is pretty cool.”

Amy Wagner said Megan uses her free time in the summer to help connect in-person with area businesses. She keeps her own folder and spreadsheets.

Megan is still discovering her own path as she nears college with interest in business management. She’s certainly started a good foundation for connecting with others for a good cause.

“This kid embodies what a student-athlete should be about,” Mason head coach Rob Matula said.