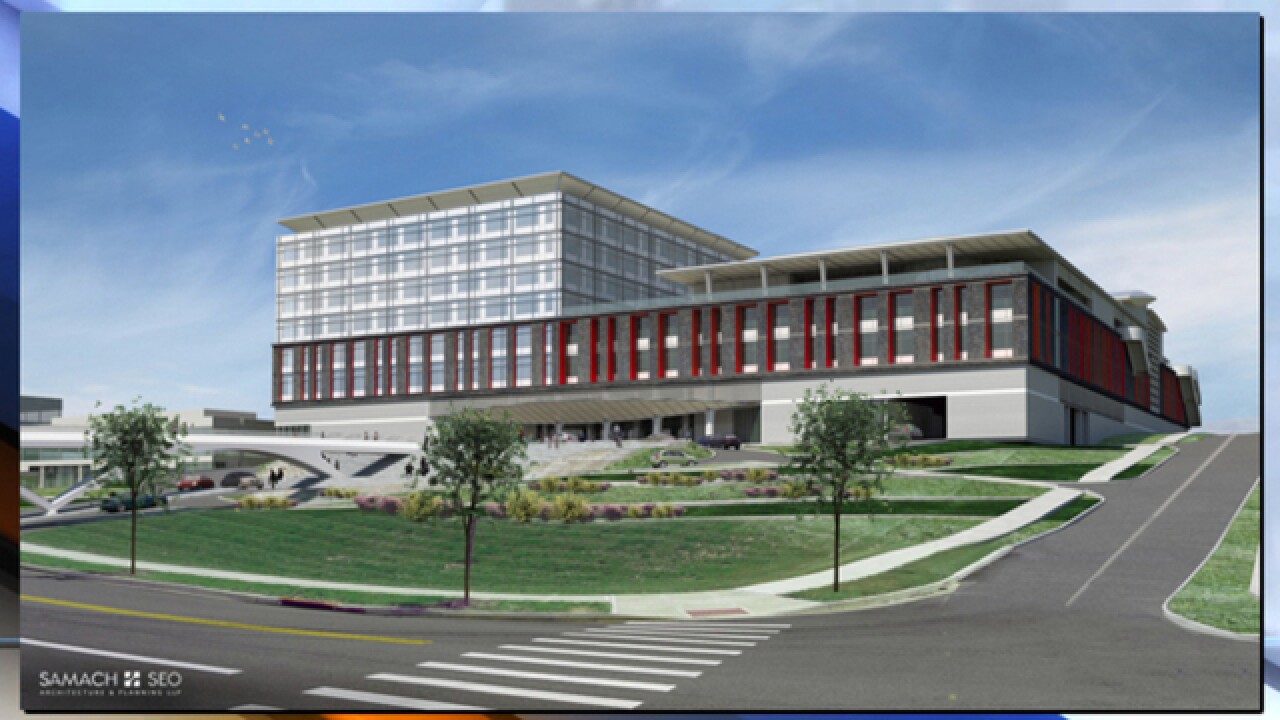 <p>A rendering of the development </p>

CINCINNATI – Construction on a new multi-use development in Madisonville – which includes a hotel atop a parking garage on the Medpace campus – is expected to start this spring/summer, and the Port of Greater Cincinnati Development Authority has approved roughly $77.5 million in bonds to help get the project off the ground.

Wednesday, the port authority's board of directors OK'd up to $60 million in lease bonds and $17.5 million in tax increment financing revenue bonds to help fund a nearly $80 million hotel at the site, considered Phase 2A in the project's overall scheme.

Medpace, a research-based drug and medical device company, relocated its global headquarters here in 2008. Phase 1 included a transformation of the brownfield site, once home to NuTone, a maker of residential products like central vacuuming systems, door chimes, intercoms and trash compactors, which closed in 2007. Its campus now includes office buildings, a lab building, a clinical research building and a two-story rainbow-colored parking garage.

RBM Development is planning a 239-room, six-story hotel and conference center to sit atop that garage, which will be redeveloped and renovated.

The hotel operator has been announced as Dolce Hotels & Resorts, an arm of the Wyndham Hotel Group, and a new-to-the-Cincinnati-market concept, port leaders said. Dolce largely targets conference events, high-end corporate retreats and board meetings for Fortune 500 companies. The facility will boast 25,000 square feet of meeting space.

Additional development at the site is planned. Todd Castellini, director of public finance for the port authority, said Phase 2B may include additional office space, multi-family housing, restaurants, retail, and a two-level parking garage. No timetable has been released for its completion.

"This future development ... is basically designed to transform and create a multi-functional space, where people can work, live, play," he said.

The port is issuing the TIF bonds in partnership with the city of Cincinnati and the money will fund public improvements like roadways, parking facilities, a pedestrian bridge, bicycle paths, the acquisition of land and a parking structure. The revenue bonds will fund the hotel acquisition, demolition and construction. The port will acquire and own both the garage and hotel. It would lease the hotel back to the developer, and the garage would be maintained under a separate agreement. The port's involvement means the developer avoids paying sales tax on construction materials and the like.

Susan Thomas, executive vice president of public finance for the port authority, said the hotel should generate 60 percent of its revenue from corporate events. Its annual payroll is estimated at $4.5 million.

"There is no comparable product in this market. It is a new-to-market" hotel, Thomas said. "The bulk of the expected room nights are coming from those two lines and not coming from a general competition with other hotels up the 71 corridor."

Thomas said construction will start in the next couple months. The project will be complete in 2018.