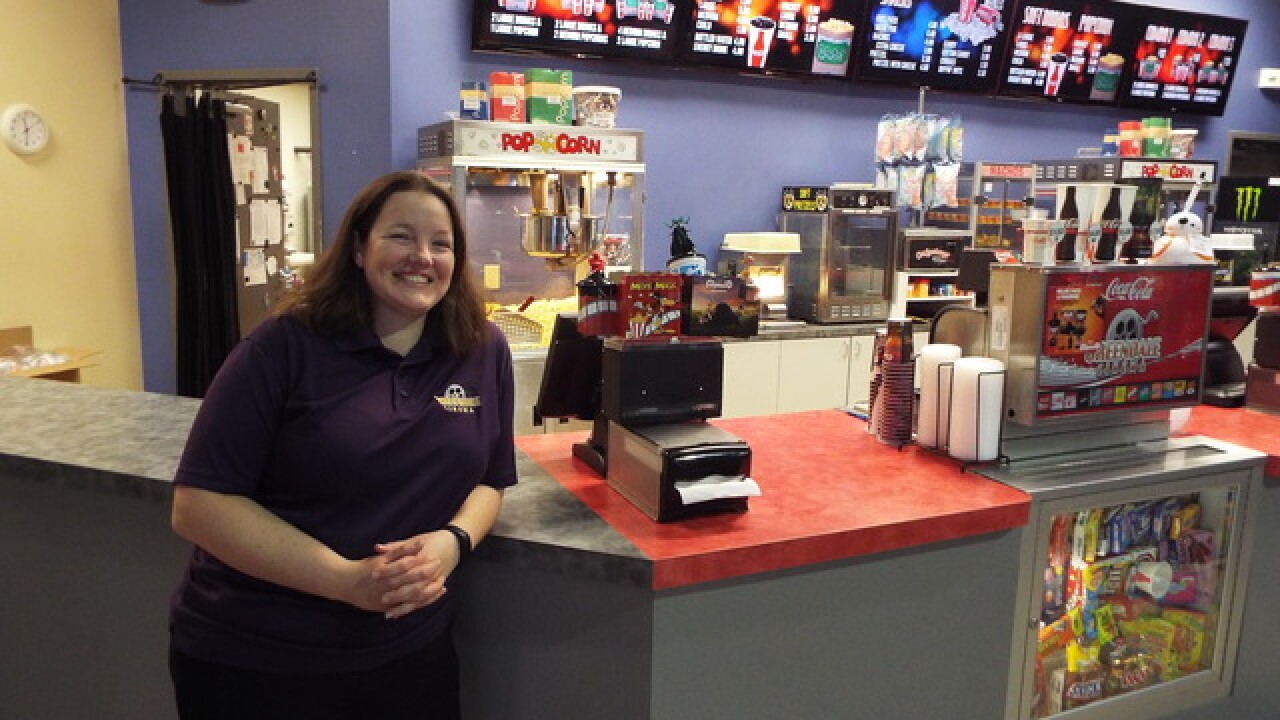 The Eastview Brew & View, a bar and restaurant that also showed movies before it closed earlier this month, was a great concept that could have worked with better financing.

That's according to Gary Goldman, president of Cincinnati-based Theatre Management Corp., which managed the Union Township dine-in cinema . Open for a little over two years, the cinema had a full kitchen and a staff that served meals to guests as they watched movies in reclining seats. However, it gained competition in January 2017, when Carmike's Ovation Cinema Grill opened in Anderson Town Center.

The failure of the Brew & View illustrates the challenges that independent cinema owners face in the Tri-State region and nationally. They typically must compete against bigger chains such as AMC Theaters, which has 380 theaters nationally and four in the region. One of those is the AMC Dine-in Cincinnati 9, formerly the Ovation Cinema Grill, which AMC purchased and renamed in April.

The Eastview Brew & View did a brisk business, but not enough to cover expenses, Goldman said. The project had come in over budget, he said, and the owners had been borrowing to keep it going.

Goldman's company manages three other independent theaters in the region: the Esquire in Clifton, the Mariemont, and the Kenwood Theatre.

Larger chains typically have deeper pockets and can afford more screens at a single location, hence a greater variety of movies. The Esquire has six screens, the Mariemont five and the Kenwood nine.

They are three of a handful of independents left in the region. Others include the Greendale Cinema  in Indiana, just west of Hamilton County, and the Parkland Theatre and Entertainment Centre in Sayler Park.

Each theater that Goldman manages has a distinct identity. The Esquire shows what he calls "cerebral cinema," mostly arthouse and independent films. The Mariemont does the same, but with more commercial films mixed in. The Kenwood shows first-run, commercial films like the multiplexes.

Each theater does special events to attract niche customers, such as showing a series of classic movies of a particular genre, like westerns. Showings of classic musicals such as "The Sound of Music," in which audiences are encouraged to sing along with the songs, have proven popular, Goldman said.

Greendale the only game in town

Location is a big reason the 10-screen Greendale Cinema has succeeded, general manager Penny Monnig said. The nearest cinema in Indiana, in Greensburg, is 50 minutes away. The nearest in Ohio, the Cinemark Western Hills 14, is 20 minutes away. And for residents of Boone County, Greendale is not much farther than Cinemark's Florence 14 in Florence.

For Monnig, the most important way to compete with bigger theaters is to know her audience and not stray too far from the movies they like. Those include family films, Christian-themed films, PG-rated blockbusters, some dramas for older viewers and horror films for teenagers.

Making money would be easier, she said, if everyone bought popcorn, which the staff pops fresh daily from kernels provided by Gold Medal Products in Sharonville. Like most cinemas, Greendale gets most of its revenue from ticket sales but makes most of its profit from concessions. As much as 70 percent of ticket revenue for a particular film goes back to the film company, Monnig said.

Greendale must soon decide whether it wants to pay to replace its stadium-style seats with reclining seats. The latter have proven popular with theater goers, she said, but installing them would mean losing up to 60 percent of seating capacity, which would probably mean raising ticket prices.

Ed Miller, an information technology consultant, bought the building in 1997 and spent at least $200,000 to gut and renovate the theater. That included $80,000 for a new digital projection system and surround sound, he said.

Patrons can watch movies in reclining, high-backed leather seats, while an employee brings them concessions such as cheese sticks or chicken wings, Miller said.

"People who come here never go to the other places ever again," he said.

The theater shows G- and PG-rated first-run films on its single screen, charging $8 a ticket and billing itself the cheapest cinema in Cincinnati. But Miller also rents it out for private parties, in which people can play Xbox 360 or PlayStation 3 games on the big screen.

The Parkland stays in business because Miller thinks of it as a community service and doesn't insist it make a profit. As long as the building as a whole makes money via rents from its other tenants, he's happy.

One advantage locally owned theaters have over national chains is that management doesn't have to jump through as many hoops to make decisions, said Mark O'Meara, who owns two theaters in Fairfax, Virginia. He formerly served on the membership committee for the National Association of Theater Owners .

"We can be very flexible in trying to meet our particular neighborhood's tastes," he said.

That makes it easier to do things like sing-a-longs with classic movie musicals, he said. On Saturday nights, one of his own theaters does an interactive presentation of "The Rocky Horror Picture Show."