Lost in translation no longer with Lingohop 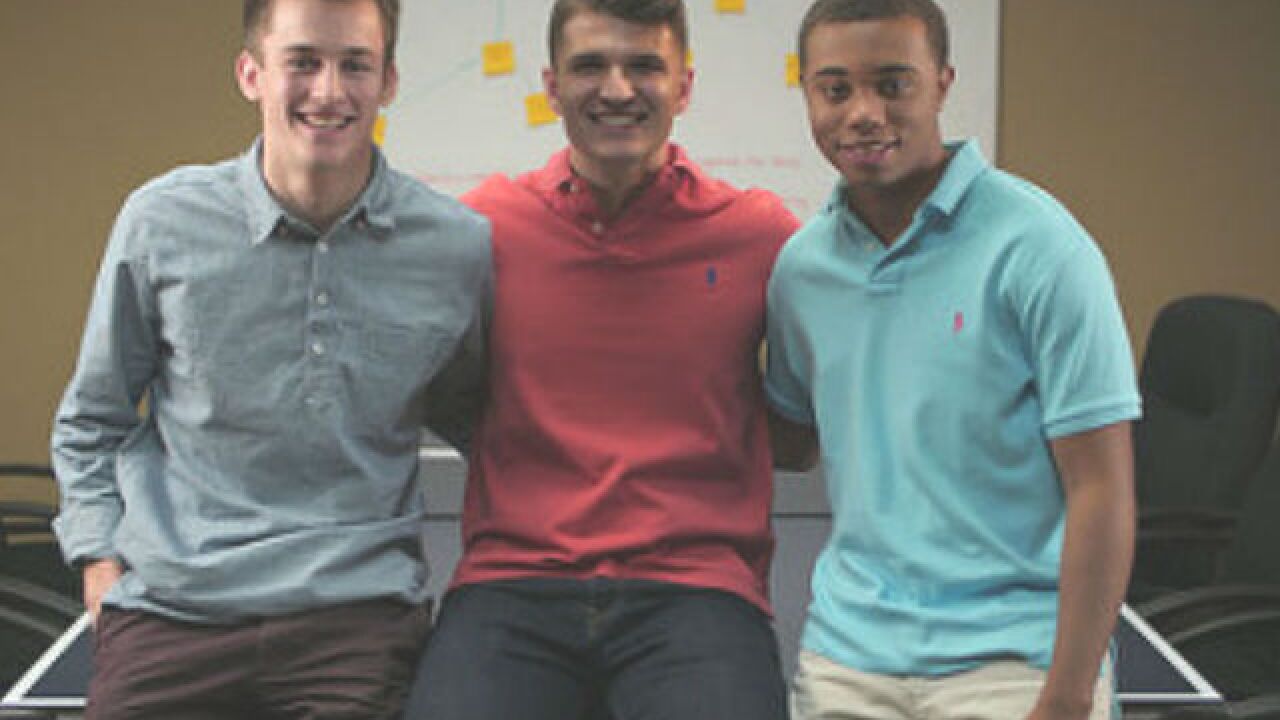 CINCINNATI -- The story is the stuff that urban legends are made of and if this app succeeds, it will be repeated over and over again.

It all starts with two very bright students at St. Xavier’s High School in Hamilton who liked current events and languages very much.

If there was a World Cup going on in Spain, for example, they would try to describe it in Spanish. Slowly, they taught themselves to speak Spanish, Italian, French and German fluently.

Then they went on to college but whenever they met up again, they could not stop talking about how easy it is to learn languages — and how awesome it would be if they could teach the world to learn just like they did.

And thus, the idea of Lingohop was born.

“We discovered that there was a better way to learn and teach languages. Forget the language lab, the grammar rules and all the tedious vocabulary,” said co-founder and CEO Michael Ashley, who is a freshman at Ohio State University, majoring in linguistics.

The problem with all the traditional options out there in the market today, according to Ashley and Hammett, is that they are “unreasonably regimented” and force the learners to go through the steps of learning grammar and vocabulary before they can actually get to the point of learning the jargon they actually need to communicate effectively.

But Lingohop changes all that.

Language learning is broken up into four-minute segments that are customized for the purpose the person is learning for, which could be business, tourism or academics.

“With Lingohop, no traveler will ever have to carry a phrase book to get along in a new country. They will start conversations after just a four-minute lesson,” Hammett said. “They can immediately use the target language to start building connections and become part of something bigger than themselves. You can go out and start fostering real global interactions. It’s tremendously satisfying.”

It doesn’t matter how old the person is or where they come from — this app makes it easy and simple.

“The way to learn languages, the science and theories behind them have not evolved since the mid-20th century,” Ashley said. “They go through these tedious translation/repetition methods that don’t work at all. It’s inefficient. We got rid of the one-size-fits-all strategy, completely.”

Lingohop is proactive in allowing users to have a personalized lesson around the experiences that travelers are likely to have. You want to book a flight? Order at a restaurant? Find a hotel? Talk to an immigration official? Lingohop can help.

The app is designed to be fun and extremely user-friendly. For example, there's an ask-and-answer questions format. Try a sample lesson here.

Lingohop’s co-founder and chief research officer Ramon Padilla-Reyes points out that the needs of a person on a business trip are different from a student on a backpacking trip.

“We’ve designed Lingohop to not only recognize those differences but to make them the foundation of your experience,” Padilla-Reyes said.

Currently, the Lingohop courses are being offered in Spanish, French and English (for Spanish speakers) but they are continuing to expand into other languages.

You can pre-order Lingohop through its Kickstarter campaign for $25 now through May 29. It will be available in November.