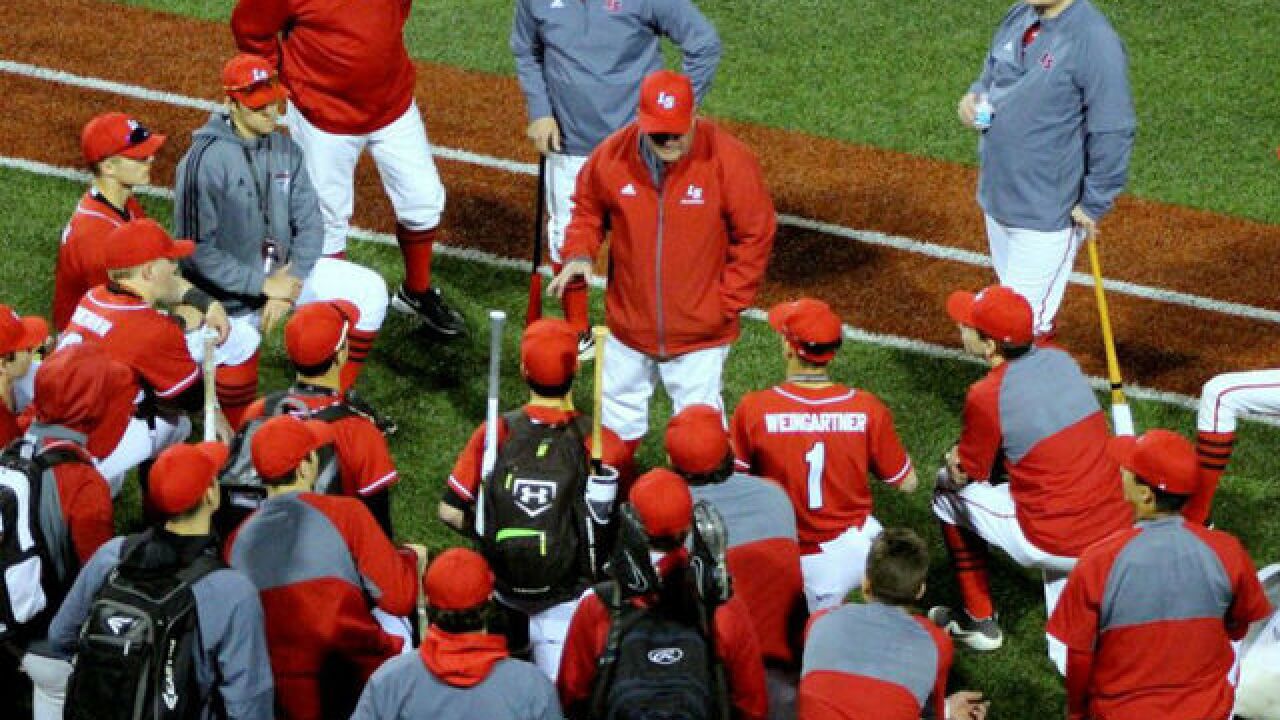 Copyright 2018 Scripps Media, Inc. All rights reserved. This material may not be published, broadcast, rewritten, or redistributed.
<p>La Salle baseball coach Joe Voegele addresses his team on the field after a game. Voegele, the La Salle head baseball coach since 2010, decided to retire after 43 years of coaching overall. (Photo by Mary Hoffman)</p>

Merritt, the University of Cincinnati baseball signee and former La Salle quarterback, said Voegele made him better each day of the baseball season.

“He didn’t care about accolades or the fact that I will be playing at the Division I level,” Merritt told WCPO. “…He never gave up and demanded a level of intensity and passion which directly led to his success.”

Voegele, who led the Lancers as the head baseball coach since 2010, has decided to retire from coaching after 43 years. He has a 441-322 record.

"Joe has been a leader in the baseball community for many years," said Athletic Director Keith Pantling. "He is retiring with 151 wins, tying Willy Corbett as the winningest baseball coach in La Salle history. He will be remembered as a pillar of our athletic community and his commitment for baseball."

Prior to La Salle, the White Oak resident coached at Aiken and Wyoming. His high school coaching career started in 1972. Voegele was known for coaching the fundamentals of baseball include bunt and running, hit and running and an emphasis on players who could manufacture runs.

“We made kids better,” Voegele said. “That’s the bottom line. When they came to us and when they finished their careers -- I always thought our guys got better.” Voegele said he never believed in “senioritis,” whereby graduating seniors often think about the future instead of the final few weeks of high school.

“I liked how he gave everyone a chance,” Merritt said. “As a sophomore, coach Voegele gave me my chance and I am forever grateful for that. I also liked how much he cared about La Salle. His life revolves around baseball and I was fortunate to be a small part of it.”

Voegele and his wife Terri have seven grandchildren, ages 3 to 14 who are involved in baseball and basketball.

Voegele, who said he considered retirement starting mid-season this spring, said he looks forward to spending more time with his family and doing some gardening around the house.

“Baseball is very, very important to Joe and his family,” said Dan Flynn, La Salle’s Director of Major Gifts and the former La Salle Athletic Director. “It’s a lifestyle for the Voegele family.”

La Salle had a 10-15 record this spring. Loveland defeated La Salle 2-1 Tuesday in a Division I sectional quarterfinal.

While at La Salle, Voegele won a GCL championship in 2015 and also had four sectional titles, three district titles, a regional title and was the 2016 Division I state runner-up.

La Salle has not named a head coaching successor. Letters of interest may be sent to kpantling@lasallehs.net.