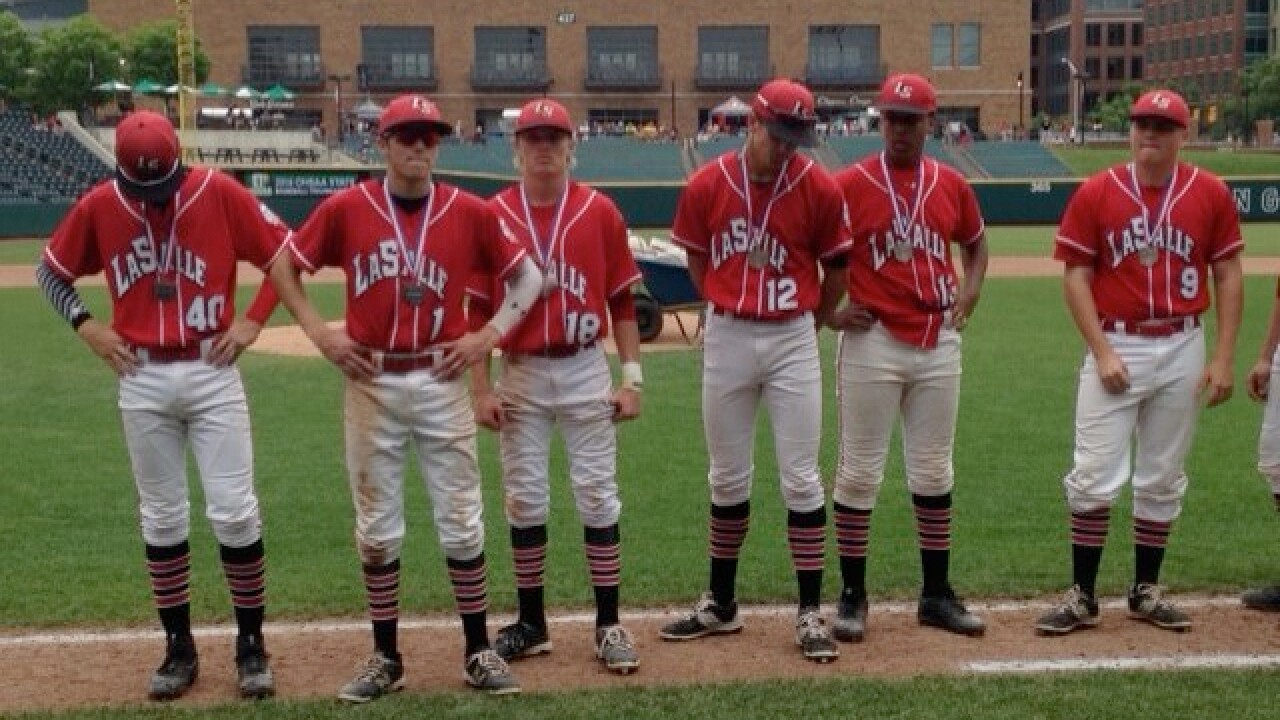 The La Salle baseball team may not have immediately realized that fact late Saturday afternoon, but those around the school community certainly know it.

After the Lancers received their Division I state runner-up trophy and individual medals, they walked over to the La Salle fans and acknowledged their support all spring.

“What a great season the kids had,” said Dan Flynn, who completed his duties as the school’s longtime athletic director this month. “It was a total team effort. They hit from top to the bottom of the lineup. They played phenomenal defense all year.”

It wasn’t a result that Lancers coach Joe Voegele or his players envisioned. But, the veteran coach didn’t expect as much success as the team had all spring.

The Lancers (25-8) made their second state final appearance in the 50-year history of the program. La Salle was also the state runner-up in 1995.

“It’s a tough loss but I’m really proud of them,” Voegele said.

In his 41st year of coaching high school baseball, Voegele made his first trip to the state tournament. He’s had some very good teams that haven’t made it past the district tournament in previous seasons.

The Lancers trailed 2-0 in the fourth inning after an RBI single from freshman Drew Salinas scored sophomore Mitchell Smith. An RBI single by senior Cole Losoncy gave the Panthers a 1-0 lead.

The Lancers struck in the bottom of the fifth inning when junior Micah Allen’s one-out sacrifice fly scored senior Andrew Sexton from third to make it 2-1.

Allen got the Panthers to go 1-2-3 in the sixth and seventh.

But, the Lancers only had one baserunner in the final two innings – when junior Baron Moreland reached on an error in the sixth.

Allen allowed two runs on five hits in six innings. Voegele expects Allen will be even stronger on the mound next season.

All throughout the spring, the Lancers prided themselves on defense and executing the details. Allen won’t soon forget the way the team persevered at the state tournament.

“It’s probably one of the top moments in my life,” Allen said. “I wanted to turn out differently but it’s still good.”

The Lancers were Greater Catholic League South division champions, sectional, district and regional champions in the 50th year anniversary of the program.

George Ranz, who is credited with starting the La Salle program, was on the field for the postgame trophy ceremony.

La Salle’s 25 wins was the most in a season since the Lancers had 26 wins in 1976, according to the school website.

“This is very special,” said Voegele, who plans to return in 2017. “A great group of kids. The coaches were just outstanding.”

Pickerington North (23-9) won the state title in its second state tournament appearance. The Panthers were a state runner-up in 2009.