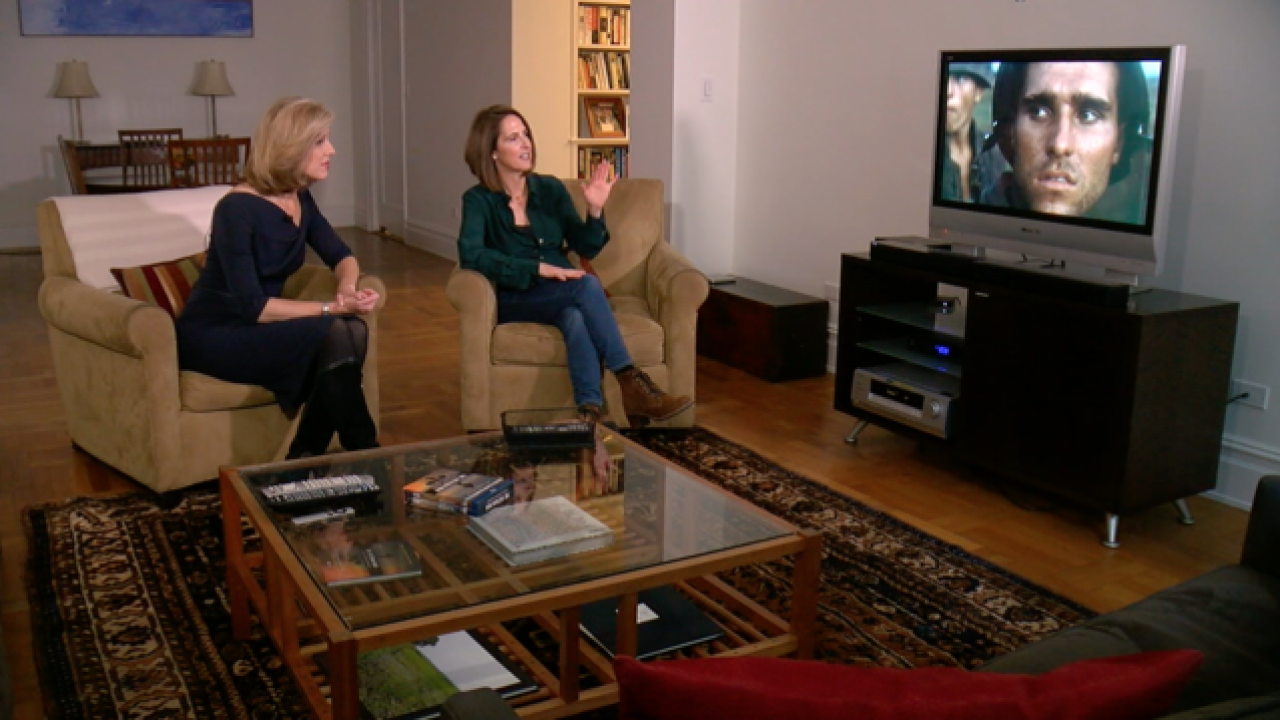 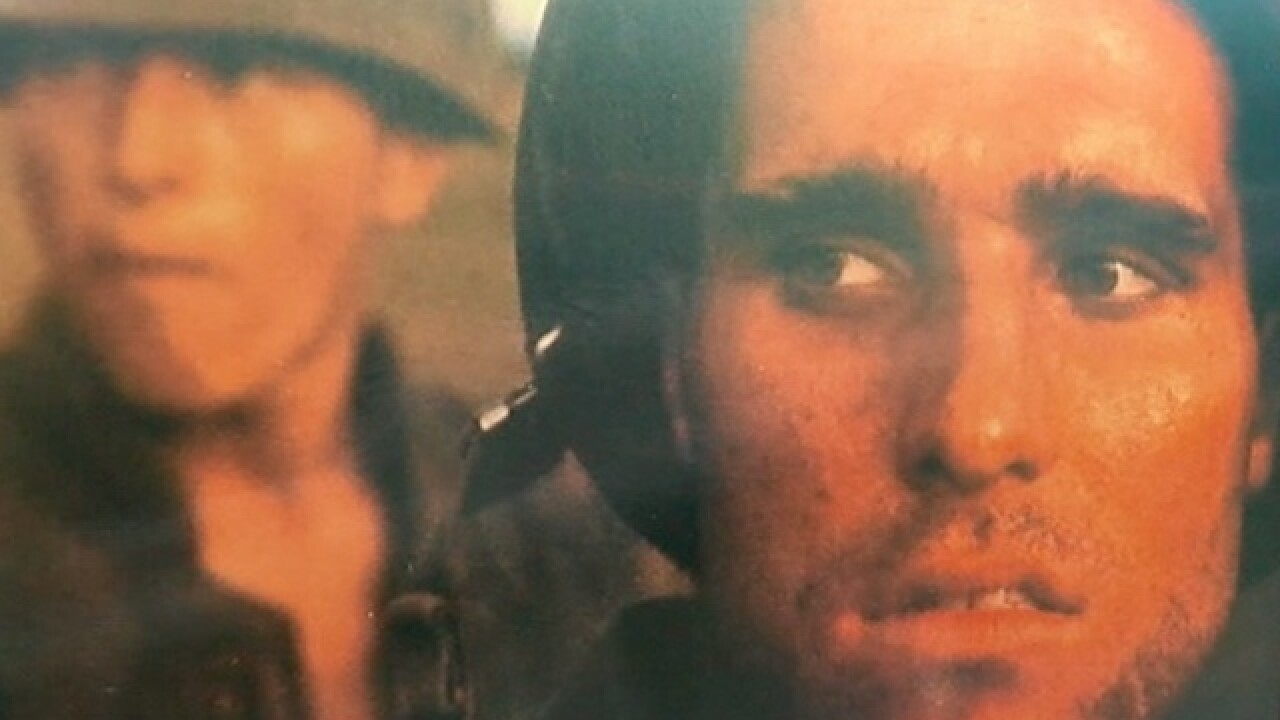 Kill or be killed.

That's war, and it takes its toll. You can see it in this classic photograph above of a 21-year-old Marine in Vietnam.

Documentary filmmakers Lynn Novick and Ken Burns didn't know exactly who the Marine was when they chose him as the final "Tour of Duty" image in their  10-episode PBS project, "The Vietnam War ."

To her surprise,  WCPO Anchor Kristyn Hartman recognized him immediately when she watched the film at home.

Henry Januchowski, Hartman's father, has never talked much about the day in 1966 when English photographer Larry Burrows snapped his photo. So when he finally opened up, Hartman was there to record his words.

"Of all the Marines and army personnel that had served in Vietnam, there I was (in the documentary)," Januchowski said. "I think I look 45 in that photo ... because war brings that out in you."

Perhaps that's why the filmmakers chose it from the 25,000 pictures in their database. Hartman flew to New York City to ask them about the power of a picture and to fully document Januchowski's story for the documentarians.

"Finding out he's still alive, and he knows about the picture ... was really overwhelming for everyone who worked on the film," Novick said. "It’s easy to lose sight of the fact these are real people. This is a human being in the picture -- not an object or an artifact."

Novick said filmmakers tried a number of images for the close of the film before settling on Januchowski's as the one that expressed everything they wanted to say.

This particular photo concludes a progression that alters between shots of Vietnamese soldiers and American servicemen. Ending with Januchowski allowed the eyes of two different men from opposite sides of the globe to "meet."

Because it's a still photograph, Novick said, you can relive that moment in history and peer into the soldier's soul.

"The expression on his face is the intimacy of the picture. He's sort of looking off to the side, but he's very much present and in a real place," she said. "You're left wondering, 'Wow. What has this guy been through?'"

Even Hartman had spent a lifetime wondering what her own father had experienced in Vietnam -- a period he, like many soldiers, has talked about very little .

In the 1970s, Januchowski became one of the faces of Vietnam as books trying to explain the war used Burrows' image.

"It's hard to even put words around what you feel or what you think he's feeling. It's dread, and loss and fear and anxiety," Novick said.

But that choice to include his photo in this new film is what finally broke the dam and got Januchowski talking.

"We were just coming off of a patrol at the artillery base in Con Thien," Januchowski told his daughter.

That name means "Hill of Angels ," and it's located near the Ho Chi Minh Trail and the demilitarized zone separating North and South Korea. It was the site of fierce fighting during the Vietnam War.

Januchowski stopped to fill his canteen when the Englishman Larry Burrows approached him and asked if he could take a couple pictures.

"What do you want me to do?" Januchowski asked.

"Just do what you're doing," Burrows replied.

"Anybody who has been in combat and has been shot at, and if they told me they weren't scared, I'd call them a liar. And that's just the way it is," Januchowski said. "That's what I see (in that photo). I see a Marine who was doing his duty. Doing his job."

Burrows died covering the war when his helicopter was shot down over Laos.

"Larry was a great guy, and he wasn't afraid of nothing -- Larry included himself on some of the hardest operations that I had gone on," Januchowski said. "From what I remember, and what I found out later, it was tragic."

Januchowski grimaced at the recollection -- 50 years removed, but so close to the surface.

"That's the same look as the picture," Novick said immediately when she saw Januchowski's reaction.

Bill Fee, a local Vietnam veteran and former WCPO general manager, has a Purple Heart and has written a book about his service called "Memoir of Vietnam, 1967." He said turbulent times during and after Vietnam delayed the healing power of conversation and that it's a good thing this new documentary has veterans talking about their experiences.

"Coming home and enduring the public reception at the time was frightful and tragic," Fee said. "In Vietnam, we had each other. Coming home, we were alone."

Filmmaker Ken Burns echoed those sentiments. He said Vietnam taught America not to blame the warrior, but we're still learning.

"I always feel like, 'Thank you for your service,' is an awkward, embarrassed way of saying, 'Let's stop talking about it,'" Burns said. "And I'd like to say change this and direct it right to your dad and just say, 'Welcome home. What can we do for you?'"

One thing we can do is start that conversation.

"This generation that lived through this, they are still around, but we don’t have access to who they were then," Novick said. "If the film opens that door, we get a deeper understanding of who we are by knowing who our parents are."

The episode ends with the words "They endured." Januchowski is still enduring to this day.

"That’s sort of what we all have to do, whether we’ve been through combat or not. It’s hard work being a human being," Novick said. "You might die tomorrow. You might have to kill someone tomorrow. And it’s an unimaginable thing that we ask our young men to do."

Veterans dealing with thoughts of suicide or immediate crises can also call, text or send an online message to the Veterans Affairs Crisis Line at any hour of the day.